The demonstration held in Barcelona in support of refugees on 19 June 2016 under the slogan “Open borders, we want to welcome”.
Photo: Pere Virgili.

Cécile Barbeito has spent the past 13 years working at the School for a Culture of Peace, an entity founded in 1999 by Vicenç Fisas, its director thus far, which is attached to the Autonomous University of Barcelona. Peace, points out Barbeito, is an element with deep roots in Catalan culture, going back to the Peace and Truce of God in the 11thcentury, a social movement led by the Church and peasants to deal with the violence of the nobility. Catalan society has long exercised peace through this deeper democracy.

One of the most prominent projects of the school, and especially its founder, has consisted in discreetly participating in a reflection on how the guerillas in Colombia could be demobilised. That meant getting to know people on the inside and understanding their way of thinking in order to make reasonable proposals. To that end, four ex-guerrillas were taken in by a state programme to protect threatened persons. In fact, the school has been involved in Colombia since the beginning and has offered scholarships to people from Colombian social movements so they can apply their knowledge and generate an exchange of information and awareness raising; this is where the Taula Catalana per Colòmbia (Catalan Platform for Colombia) was born.

The School for a Culture of Peace has done a great deal of work on the major problems related to peace and conflicts: wars, refugees, the arms trade, etc. It has published a large volume of educational materials, such as the book 22 accions fàcils (i difícils) per la pau (22 easy (and difficult) actions for peace), and those that have just been finished for the Audiéncia Pública project, where teenagers from Barcelona reflect on a topic and make proposals to the city council on how to better address it. Refugees will be the focus of the 20th edition, an area that Cécile Barbeito knows well. She explains that there are now 63 million refugees in the world, whereas there were only 40 million five years ago. Of the top ten host countries, none are European: Turkey tops the list with 2.5 million. In terms of the number of internally displaced persons, there is only one European country on the top 10 list: Ukraine, with 800,000 displaced persons and 175,000 applications for asylum in Europe.

With 737 people, the Ukrainian refugee community is the largest in Barcelona, explains Gloria Redón, coordinator of the Service Centre for Immigrants, Emigrants and Refugees (SAIER), an agency of Barcelona City Council that is run by various entities and was created in 1989 to initially support people escaping the dictatorships in Latin America. She emphasises that the Spanish state has exclusive jurisdiction to deal with refugees, and that it handles them through NGOs.

SAIER is important because it provides reassurance. The people who arrive have had to pay money to mafias and have made a very long journey, so they are very much afraid of being deported. In addition, the process to apply for asylum is very complicated and can take up to two years. There are applications from nationals of more than 50 countries, such as Pakistan, Venezuela, Afghanistan and Honduras, and they also cover legal immigrants when applications are refused. Some groups consider that street vendors should receive aid, as many come from Africa, the continent with the most wars and refugees in the world (Congo, Eritrea, Sudan, etc.). However, city councils have an important role in this crisis, and a local network is being promoted that five families are already benefiting from.

With a voice in Europe

Ignasi Calbó, director of the Barcelona, Refuge City Plan, explains that the aim is to go beyond the temporary reception plan. At the moment, they are encountering many complications in the state’s management of resources and information, but even so Barcelona has found a space in which it can represent itself at international level: it currently forms part of the European Commission’s working table on refugees. Barcelona is a prestigious interlocutor in international forums, and it is the only city that is not a national capital to hold exchanges and debates with the mayors of Berlin, Helsinki, Athens and Amsterdam, with representatives from the governments of Italy, Greece and Portugal and with civil society organisations and various European bodies.

Calbó recognises the difficulty in receiving refugees; it requires know-how that states do not have or do not understand, like Spain, which makes NGOs compete for resources and reserves the right to do whatever it wants without having the ability.

Barcelona also forms part of Eurocities, a network of European cities. For the director of the Barcelona, Refuge City Plan, the role of municipalism is key because we are facing an urban crisis; cities are the ones that have people sleeping on the streets, and thus a solution from city councils is also needed.

Òscar Camps, director of ProActiva Open Arms, decided to buy two tickets to Lesbos and set about saving lives. When he arrived, there were only photojournalists and volunteers. They all had the same determination. It was September 2015 and thousands of refugees were arriving at the beaches every day. It was a true humanitarian emergency.

When we were writing these lines it was aboard the Astral, in the Strait of Sicily, a crowded enclave – 70,000 people had entered since 1 January, according to the UN Refugee Agency (UNHCR). We hear the voice on the public radio: those arriving by sea are fleeing the violence and war in Nigeria, Eritrea, Gambia, the Ivory Coast…

It is civil society in action faced with the biggest European humanitarian crisis since the Second World War. It is one of the first crises fully managed by civil society. Individual conscience has gone where governments have not wanted to act, and it is multiplied and multiplies.

Civil society at the forefront

With the campaign “Sarajevo depèn de tu” (“Sarajevo depends on you”), Barcelona received over 2,000 people who were escaping war, an idea that came from the bottom up, when Pasqual Maragall was mayor. A truce in the siege of Sarajevo was called in the midst of the Olympic Games, and Barcelona gave a supportive response. One of the people who experienced it first-hand was Manel Vila, current Managing Director of the Catalan Agency for Development Cooperation (ACCD), then manager of Districte 11.

With over 20 years’ experience in the world of cooperation, Vila remembers a statement from George Bush at Camp David: what’s happening in Barcelona with the Iraq war?

There has been a very strong network of associations in Barcelona that has reacted to large-scale international crises. It should not come as a surprise that Catalonia has a law to promote peace or that there is an International Catalan Institute for Peace. It all has roots in the past. Civil society is at the cutting edge, it is what drives governments and has offered responses for acting in Greece, Bosnia, Colombia, the Sahara and Lebanon. In the latter country, the government, together with the city council, coordinates an action plan between the Catalan entities there and the United Nations Development Programme (UNDP) to better manage support for refugees – 1.5 million of them. It is the country with the highest ratio per inhabitant in the world. All these actions have to do with this culture of peace forged over centuries, and positions Barcelona as a benchmark so that future peace summits, in addition to Vienna or Oslo, can also take place in the Catalan capital. 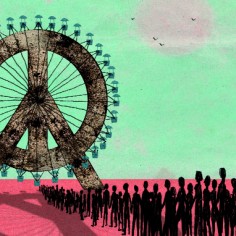 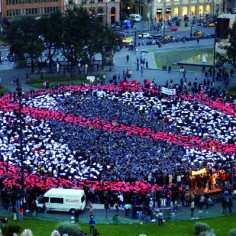 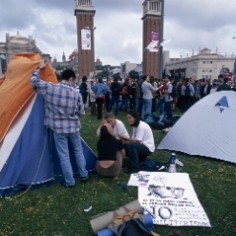 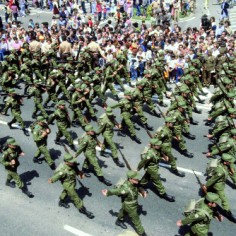 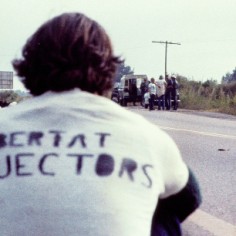 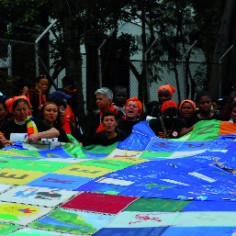 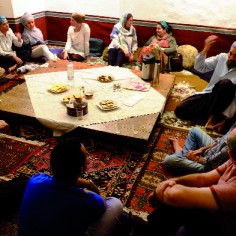 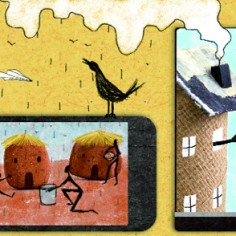