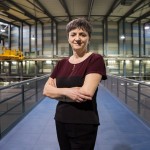 Caterina Biscari: ‘In an election campaign, the word “science”... 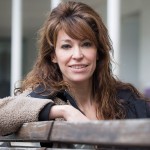 Marta Reynal-Querol. Science at the service of conflict prevention

To prevent wars, it is essential that we stress on the prior latent causes of latent conflicts. The use of modern technologies and the analysis of big data are the basis of innovative empirical research into these causes. 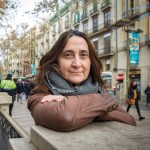 Itziar González: ‘Rescuing the Rambla is a must’

The city seemed to have lost its most genuine promenade for ever, or at least that’s what a lot of people thought. The Km_Zero team won the ideas competition to improve the Rambla with a project that sets out to catalyse collective hope in its rebirth. 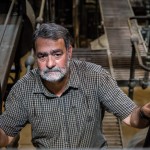 In this day and age, images have become dangerous, even furious, and require an attitude of resistance on the part of intellectuals and artists. For Joan Fontcuberta, responsible photographers should know how to use visual ecology strategies to deal with the overabundance of icons, at the same time as finding those images that are still missing. 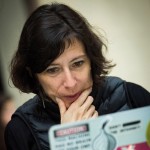 Digital technology has changed society, but there is still a long way to go. As part of the Xnet action group, Simona Levi works to improve democracy in the digital age and to make values such as transparency and participation a reality, not just empty words. 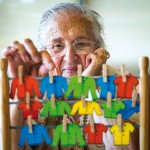 Maria Antònia Canals. At school and at work, everyone should...

The pedagogue, who founded the Ton i Guida school in the Verdum neighbourhood, defends a mathematics useful in life that help mature thinking and that avoid suffering children. 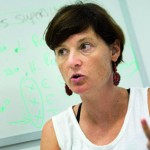 Isabelle Anguelovski: “Powerful investors have taken over the... 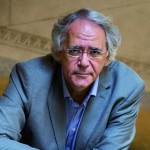 Josep Maria Antó: “Our health and that of the environment...

A sword of Damocles hangs over the head of today’s generations: the deterioration of the environment and climate change. The impact on human health of all this environmental turbulence also has enormous costs: economic factors must not serve as an excuse to postpone the necessary protection measures; in fact, quite the contrary. 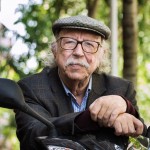 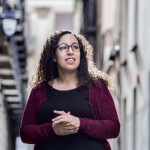 Najat El Hachmi. Barcelona: the city where you can stop being...

In her books, Najat El Hachmi, a writer of Moroccan origin, juxtaposes the world she comes from and the one she has found here, in a negotiation between both worlds. We are fortunate to have an author in Catalonia who has successfully been able to put this experience into writing. 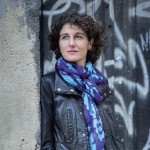 Marina Garcés. The city has always been a refuge

From the perspective of commitment, with the philosopher Marina Garcés we discuss the Europe of cities, border Europe, Syrian refugees and the relationship between the world and the interdependent subject. 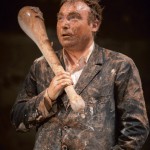 Miquel Barceló is aware that art no longer has a single centre as it did years ago, but he doesn’t want to be everywhere. As he says, “A painter cannot be like Coca-Cola, which aspires to conquer all markets”. 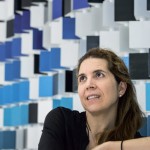 Nothing in excess; including technology

“As the Greek precept recommended: nothing in excess. Technology is designed to be addictive.” These words of warning come from Núria Oliver, one of the world’s leading innovators in the field of artificial intelligence, who nevertheless asserts her confidence in the great benefits of new technologies for mankind. 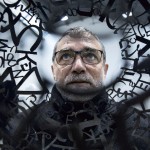 Jaume Plensa: “Works of art are a little David facing a giant...

Sculptor Jaume Plensa has just won the Barcelona City Prize in the ‘International Impact’ category. He is enjoying a new millennium of vibrant creativity and increasing recognition. From his studio, Plensa shares his thoughts on the humanisation of art and the role of his art in public spaces. 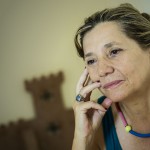 Isona Passola “What distinguishes Barcelona is respect for...

Passola was the producer of ‘Pa negre’ and is currently preparing the cinematic adaptation of Joan Sales’ ‘Incerta glòria’. She considers Barcelona a powerful centre of cinematographic experimentation, even though Catalan cinema has yet to find its mass audience. 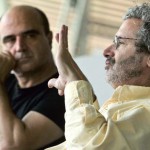 Growing numbers of people live in cities and are increasingly connected, but only productive societies will be able to decide their future. A plan has been implemented in Barcelona to place technology within everybody’s reach, allowing the community to work together. 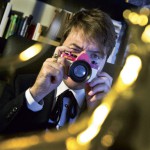 Albert Serra: “I go for the works that make us better” 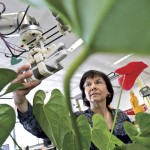 The risk of humans becoming robots

Carme Torras is a research professor at the Robotics Institute, where she leads research into perception and manipulation. As well as her scientific career, Torras has written a unique work of literature. She is the author of La mutació sentimental, which won the Premi de Ciència-Ficció Manuel de Pedrolo 2007. 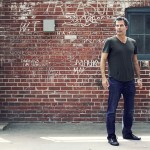 Richard Florida: “Barcelona can offer everyone a creative environment”

“For a place to harness creativity, it must be open to the creativity of all. Not just techies or the creative class, but everyone,” argues Richard Florida. For the author of The Rise of the Creative Class, openness is a 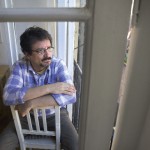 Albert Sánchez Piñol: “Our city is a like big factory that...

Albert readily defines himself as a “Barcelonian to the bone”, although it was not until ‘Victus’ that he wrote a story with Barcelona as its backdrop. I ask him why and he looks at me, half-smiling. 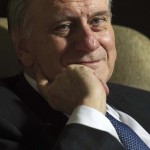 “Doctors have a commitment to society that we cannot forget,” says Dr Valentí Fuster, director of the Cardiovascular Institute at the Mount Sinai Medical Center in New York and the Carlos III National Cardiovascular Research Centre in Madrid. This social vocation has led this doctor from Barcelona – one of the world’s leading cardiology experts – to work untiringly as a disseminator and educator. 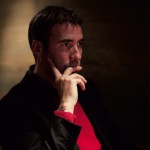 Xavier Verdaguer is one of the most creative and international entrepreneurs that Barcelona has produced. He holds computing engineering and technical architecture degrees from Pompeu Fabra University, has studied top level management at Stanford University, and defines himself as a serial entrepreneur. 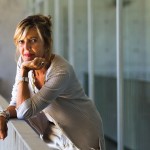 Anna Veiga: “We have to make an effort and keep scientific...

Hanging on the coat rack on the back of her office door, there is a jumper, a lab coat and dozens of lanyards with IDs for congresses and seminars specialising in human reproduction in which Anna Veiga has participated over the last few years. 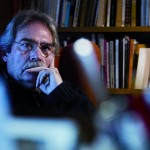 Jaume Cabré: “I owe my personal and intellectual development...

The sky is overcast. The photographer Pere Virgili and I walk up the last stretch of les Fogaroses that leads us to Jaume Cabré and Margarida Barba’s front door. The garden is shrouded in the dense peace of a low morning mist. We go up to his studio and start to talk, as the photographer snaps away. The conversation takes over everything.