Opposition proposals from the full council meeting of 25 March 2022

The full council meeting of March 2022 approved three opposition proposals: one from the ERC to regulate e-commerce and its impact in the city; one from the PP urging agreement on a usage plan for L’Eixample, and one from Valents for a study on the economic impact of the work to connect the tram systems in Av. Diagonal. The proposal from JxCat and the emergency motion proposed by Cs were rejected. 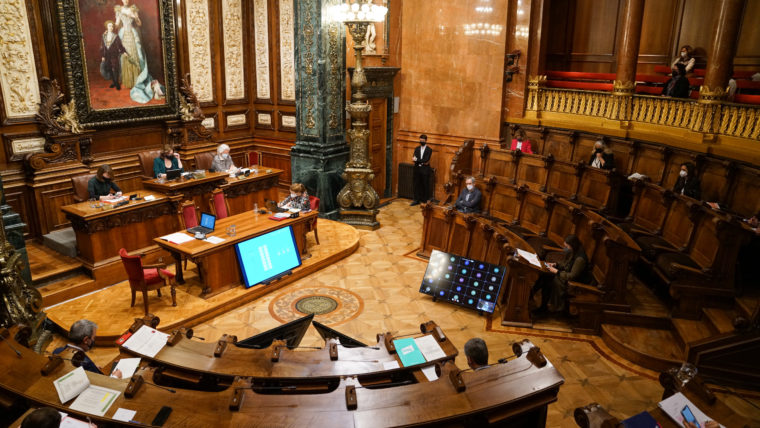 Esquerra Republicana de Catalunya put forward a proposal calling on the municipal government to regulate e-commerce and its impact in the city, to guarantee the correct use of public space by product delivery platforms and to present the proposal for the so-called Amazon tax. The proposal was approved with votes from the ERC, BComú, the PSC and JxCat, while the PP, Valents and the independent councillor voted against and Cs abstained.

The proposal from Junts per Catalunya called for the suspension of the tendering process for the “New Green Streets” project, and for the creation and publication of a mobility plan and various reports on the impact of the project in L’Eixample and the city. The proposal was rejected, with JxCat, Cs, the PP, Valents and the independent councillor voting in favour, while the ERC, BComú and the PSC voted against it.

Ciutadans replaced the proposal they originally presented, instead putting forward an emergency motion calling on the municipal government to suspend the application of the current by-law for the Low Emission Zone, leaving it without effect and in turn annulling fines imposed and preventing new fines being given. The motion was rejected, with Cs, the PP, Valents and the independent councillor voting in favour, while the ERC, BComú and the PSC voted against it and JxCat abstained.

The Partit Popular urged the municipal government to come to an agreement with associations, local residents’ organisations and shopping hubs for a usage plan for L’Eixample, taking on board the social and economic interests of the district. The proposal was approved unanimously.

The proposal from Valents called for a study of the economic impact for shops and business affected by the project to connect the tram systems in Av. Diagonal, and to offer them help and compensations. The proposal was approved with favourable votes from JxCat, Cs, the PP, Valents and the independent councillor, while the ERC, BComú and the PSC abstained and no votes were made against it. 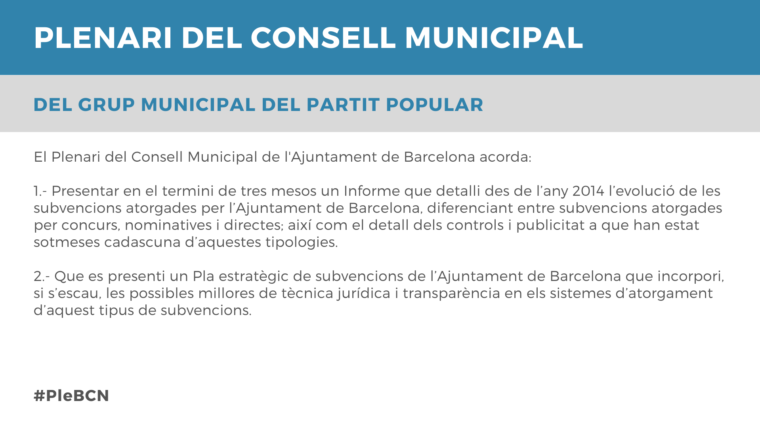 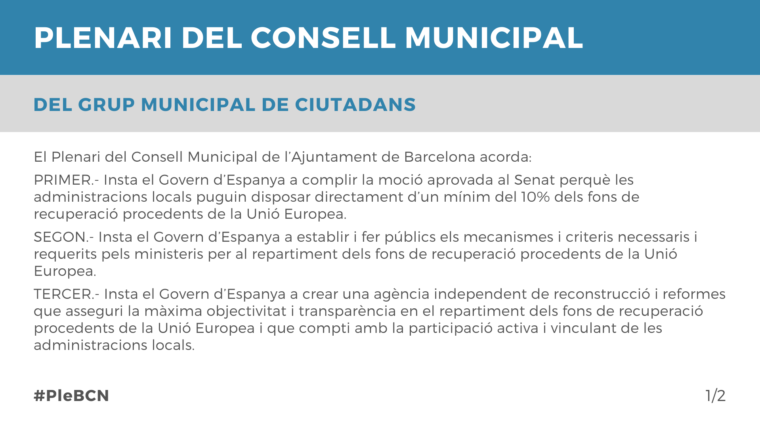 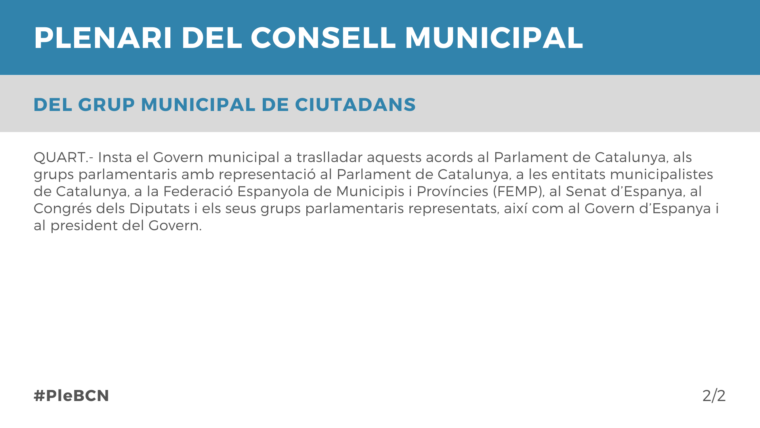 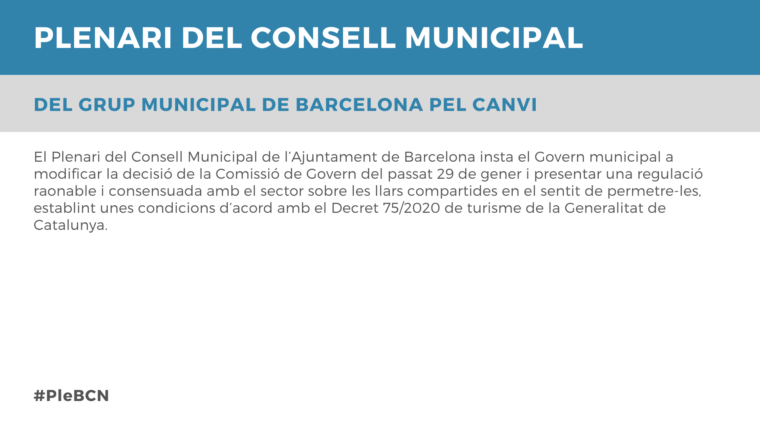 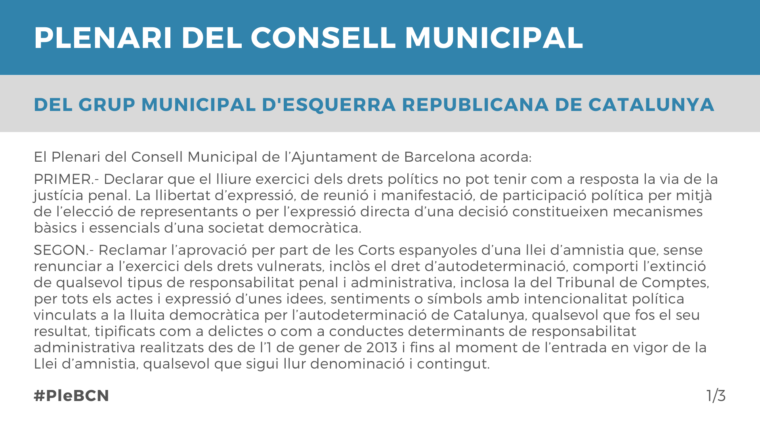 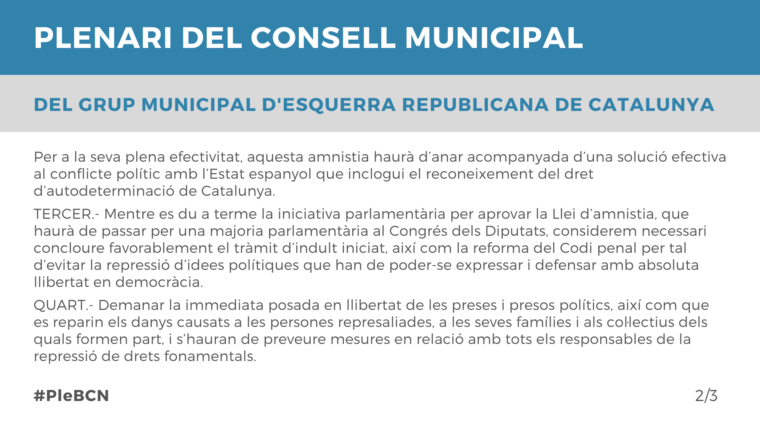 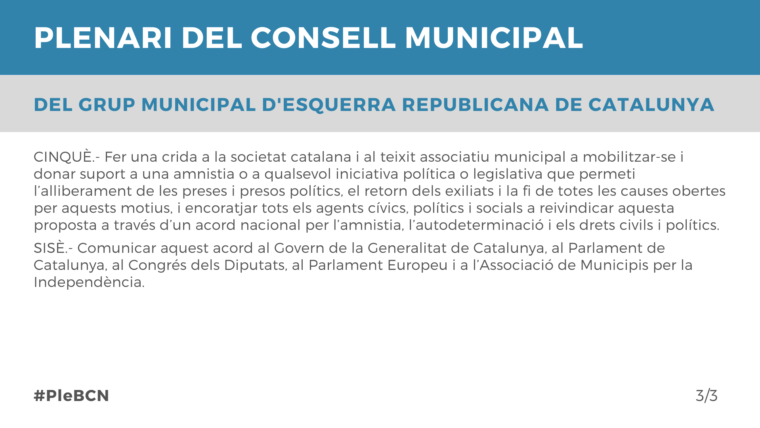 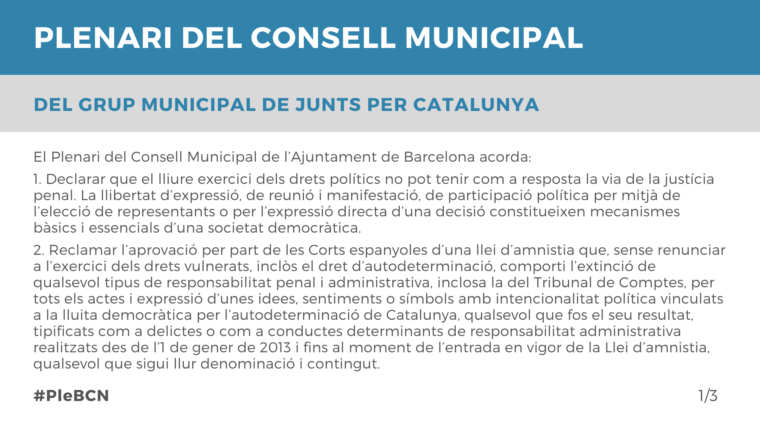 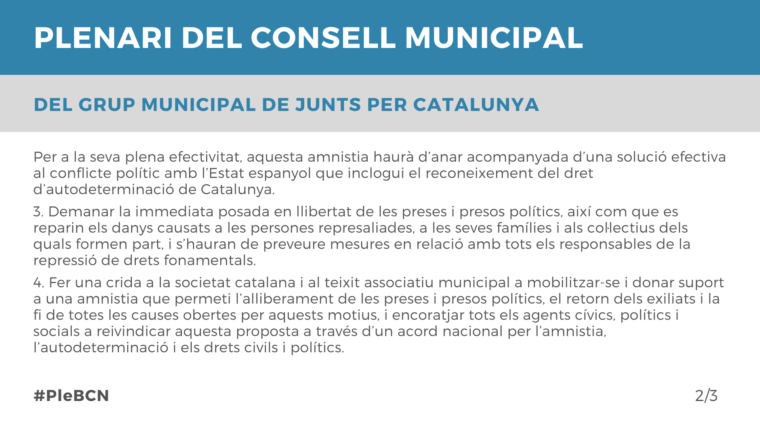 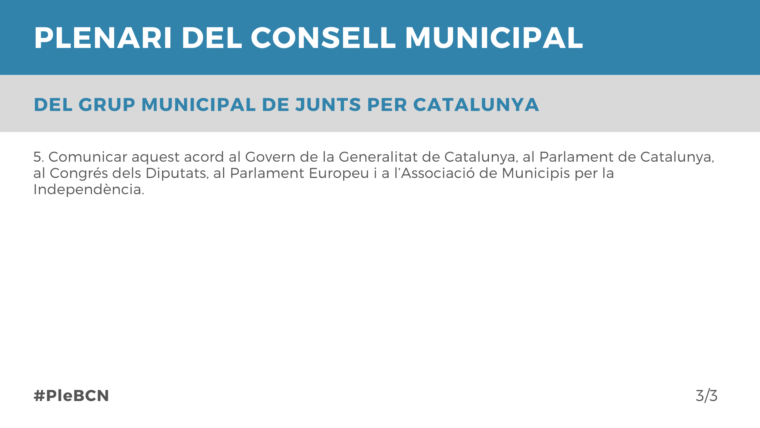