Authors who make the city pulsate 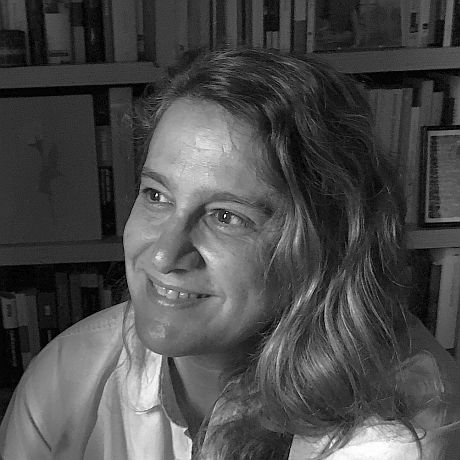 Barcelona: títol provisional [Barcelona: Working Title] is a journey through contemporary Barcelona by means of its writers. Andreu Gomila and Diego Piccininno have asked a dozen writers to speak about their fellow writers who have portrayed the city in the last one hundred years.

“A city is a living, unstable organism”. I read this affirmation in the throes of confinement on account of the coronavirus pandemic, certain that at the time of its writing it did not hold the same significance as it does now, but the fact remains that it still applies. I come across it in the introduction to Barcelona: títol provisional, a journey through contemporary Barcelona by means of its writers just published by Barcelona City Council.

Andreu Gomila, critic and author of the city, originally from Mallorca and adoptee of Barcelona on his own merits (journalist and longest running director of the Barcelona edition of Time Out), was in charge of bringing together the writers who will guide us through other authors who have portrayed the city in the last one hundred years. The choice is made on the basis of taste. Without wanting to be encyclopaedic. And this is obvious as of the first line: writers rapturously talking about their peers who led the way. A healthy and intoxicating subjectivity is palpable, from author to the next, with a love of literature that leaves an echo of camaraderie in its wake.

Those signing these pages do so with the desire to create myths, which is one of the tasks of the writers’ guild.

There is also an obvious eagerness to break new ground. Unsurprisingly, those signing these pages do so with the desire to create myths, which is one of the tasks of the writers’ guild. The book is completed with photographs, accompanied by noteworthy descriptions and vivid graphics by the co-editor, the Argentinian-Barcelonan Diego Piccininno.

The tour begins with Gomila himself, who immerses us in the city of vice, which paradoxically elevated us to the category of great European literary city, proposing a journey that spans from Juli Vallmitjana to Mathias Énard, without forgetting Casavella’s El día del Watusi [The Day of Watusi]. This beginning is already a statement of principles: hold on tight, revolts are coming.

Marta Pessarrodona pulls apart many of the ideas we have about Mercè Rodoreda with an exercise in first-rate comparative literature, as she has accustomed us to. She thus makes La plaça del Diamant [The Time of the Doves] shine with Döblin’s Berlin Alexanderplatz, Joyce’s Ulysses and Woolf’s Mrs. Dalloway. Slovenian translator Simona Škrabec transports us into Jaume Cabré’s territory and reminds us of one of the constants of this book, i.e. “a poet who takes their art seriously becomes the conscience of the places where they live”.

As regards the Latin American boom, it is the journalist Xavier Ayén at the helm, needless to say. He tells us that few cities in the world have a corner where two Nobel laureates Literature have lived: García Márquez and Vargas Llosa. By the way, the first one, in a story, talks about the palm trees on Passeig de Gràcia (nobody’s perfect). It also makes perfect sense that Manuel Vázquez Montalbán tells us who took over from him with the Carvalho series, namely, Carlos Zanón. Carvalho is a character pursuing the lost map of his sentimentality, as Zanón himself does in his narrative and poetic work.

The novelist Teresa Solana is in charge of reviewing noir fiction, which has enjoyed a solid tradition in Barcelona since the 1950s, and has become so popular with the BCNegra international crime-fiction festival, founded by the bookseller Paco Camarasa in 2005. At the other extreme of the living organism, the critic Ignacio Echevarría brings us closer to the Chilean figure by the internationally renowned Roberto Bolaño, who began his literary career as an illegal immigrant on the streets of District V and ended up as a devoted writer who dined at Il Giardinetto with the city’s literary crème de la crème.

The poet, narrator and chronicler David Castillo takes us on a journey with Juan Marsé, with whom he shares literary geography, and declares himself more akin to the anarchists in Si te dicen que caí [If They Tell You I Fell] than to Pijoaparte in Últimas tardes con Teresa [Last Afternoons with Teresa]. Quim Monzó manages to hunt down characters, events and places of interest that, if not for his gaze, would be concealed in an indifferent city. The critic Julià Guillamon says so.

Montserrat Roig is tasked with Irene Solà, who prepares to “read the city with her feet”, focusing on a specific moment with the certainty that “looking at a little thing, in fact, you are looking at them all”. This little thing is the night of Encarna’s wedding in El temps de les cireres [The Time of Cherries]. The poet Blanca Llum Vidal explores Barcelona, which “is neither land nor stage but nerve, substrate and heartbeat”, that of Maria Mercè Marçal. And, last but not least, Marina Espasa places us in the Barcelona that does not exist, the one beyond the rivers or the one of the voiceless or of those who live on the periphery, portrayed by Pérez Andújar, Núria Cadenes, Javier Calvo... This chapter holds the definitive proof that, in speaking of the Barcelona that does not exist, its writers have made it exist, from many points of view, places and voices, just as a complex, changing and living organism deserves.