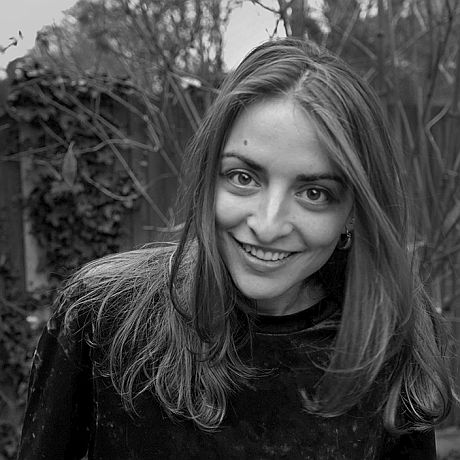 Irene Solà (Malla, 1990) is part of the Vols Russos artistic collective, founded in Girona, which brings together poets, photographers and plastic artists.

Debbie and Humbert got married on the same day that Ibiza died. Carla found the turtle with her head inside her shell and her legs stretched out. Her friends from handball had given Ibiza to her as a gift when she got injured and she had named her Ibiza because all the girls went to the island of Ibiza on 17 June after the selection process had ended. Carla had only played handball for under two years, but she was surprisingly good and was the captain of the team. After she got injured, they lost one match after another, she shouted and wailed from the bench and an observer from the Catalan team who had been walking around the pavilion disappeared for good. She returned from Ibiza as tan as the dining room table and the turtle died shortly thereafter. She cried for three days.

On the second day of mourning, her father said that he would be happy if Carla wept half as much when he died. Nico had to make an effort not to laugh. There were at least two things that Nico did not understand. The first was how his sister could cry so hard for an animal that had never shown any kind of reciprocity towards her love. And the second was how she could repeatedly jab her elbow between the ribs of an opponent two spans taller than her, whispering: “If you don’t want to be touched, play chess,” then let a dead turtle put her out of action for three days. He kept these thoughts to himself and went to work.

Debbie McGregor and Humbert Aliberch had met at the 95th International Jumping Competition of Barcelona two years before. The 95th International Jumping Competition of Barcelona was held near the Faculty of Architecture, where Nico studied. Debbie was the daughter of a rich American who collected purebred Andalusian horses and the whole ceremony and dinner, held at the Miramar Hotel on Montjuïc mountain, had been decorated with equestrian motifs; Debbie had arrived on a white mare with a white saddle and bridle, the invitations were engraved with the golden silhouette of two rearing horses, there were horseshoes on the ribbons and bows and the figures on the cake were a black horse and a white horse. Nico thought that Humbert had an immense mouth that reminded him of a horse and made him want to stretch back his lips so he could see his gums. Though out of place with the general equestrian theme of the decorations, there were 25 round fish bowls on top of the 25 white tables that filled the garden. Each fish bowl contained two tropical fish with orange spots. Nico thought that they could have been sea horses and served the starters.

Debbie and Humbert’s wedding took place with the exact pacing and peaks of excitement of a movie, with speeches, bridesmaids, groomsmen, weeping and handkerchiefs, patting on the shoulders, jokes, cake cutting, cigars and kissing. Hours later, when the party was over, nobody knew what to do with the fish on the tables. Cecilia, who was the wedding organiser, saved the fish bowls and flushed the fish down the toilet. But before she got rid of the last two, Nico asked if he could keep them. Cecilia put them in a plastic bag, and Norton, who worked in the kitchen, asked: “What are you going to call them? Humbert and Debbie?” And everyone laughed.

Nico had travelled to the hotel on a bicycle. Two weeks before, he had fastened a black plastic fruit box over the back wheel in a slow but effective way to improve his second-hand means of transport that had cost him only 60 euros. He unchained it. The lights of the port were visible in their reds, blues and whites. It was five in the morning and he was exhausted but awake, carrying the two round-eyed fish in his hands. He could have gone up to Montjuïc Castle, since he was right nearby, to look down the city below in the dark, but there were too many ghosts in the castle and on the mountain. And that night, Nico preferred drunkards and foreign tourists to ghosts. He climbed on the bike, holding the bag of freshwater delicately under his arm, and barrelled down the black roads, quick and light, shooting like a bottle rocket at the beginning of summer, with the hot breeze, the sounds of industrious crickets and the smell of cooling asphalt and of the forest near the city, until he entered the half-asleep neighbourhood of Poble Sec. Nico wasn’t sleepy. And, on such a lovely night, he decided to go to see the sea, riding down Avinguda Paral·lel on his bicycle like a fish between taxis, which were killer whales, night buses, which were whales, and motorists, which were dolphins.

And, on such a lovely night, he decided to go to see the sea, riding down Avinguda Paral·lel on his bicycle like a fish between taxis, which were killer whales, night buses, which were whales, and motorists, which were dolphins.

When he got to Barceloneta, he dragged his bicycle to the beach, holding the bag full of water delicately, then sat on the sand and gazed at the black sea pretending not to have a whole city behind it. He wanted to show the sea to the two tropical fish, but the sea was so black and the night was so black that he could barely make it out. He could only feel it. He lifted them up a bit to give them a better look, and in fact he thought that the sea, with all its salt, waves and stories, would surely kill the two freshwater tropical fish.

Make no mistake: this was no scene of melancholy despite his neo-romantic desire to go to the sea that night, like a sad or brooding boy with a breakup stuck in his heart like a thorn, with an existential doubt like a lollipop. No. Nico had worked hard that evening, serving many canapés to people with lots of money. And he had got two rather ugly tropical fish. And he wasn’t sleepy. He had time. And he had legs, and a bicycle. And when he had watched the sea for a long time and had breathed in the damp salty air and thought that it would be a good summer, and that if he could work a few more weddings, he wouldn’t have to worry about anything until the next school year, and that he would go to Formentera, to Ibiza, like his sister, no, to Formentera, maybe in September, when it would be cheaper, and that he would read Ursula K. Le Guin and David Foster Wallace, with the two still fish in his hands and the salty air in his nostrils, he got up and pedalled to the Torre Mapfre building among groups of girls and boys who sang and shouted and laughed and drank and waited for things to happen to them.

It would be a great mistake, a shabby exaggeration like the hunchback of a cathedral, to say that Nico was studying to become an architect because of the Sagrada Família. Or because he lived nearby.

He continued on and on, past lampposts and empty bike lanes and useless traffic lights and lonely people sitting on benches, until he arrived at the Sagrada Família cathedral, which meant home. He lived near the Sagrada Família with his parents and Carla. Near, but not close enough to see the cathedral every time he stood on the balcony. And that was fine. Ever since he was a child, he would play the game of looking at the building, whether heading home or leaving, and trying to see what had changed, where it had grown and what about it was new. It would be a great mistake, a shabby exaggeration like the hunchback of a cathedral, to say that Nico was studying to become an architect because of the Sagrada Família. Or because he lived nearby. Or because of his childhood game to understand it and to see it grow. But it would be right to say that he studied architecture because of the magic of buildings that are there to be lived in, but not just that. Also because of the magic of the esplanades and the fields that one day turn into houses, municipal markets, museums, schools and cathedrals. In places with many lives, like bellies full of people, with many eyes, like windows, with many stories, like Montjuïc Castle, with many colours and many ants, like the Mercat de la Llibertat, with many secrets and kisses, like inner courtyards or rooftop terraces. And his passion for architecture made him laugh.

When he entered the house, the light in his sister’s room was on. He knocked, gave her the sleepy fish and Carla became very angry. Sitting on the bed, crying, she said: “Nico, either you don’t know me or you’re a fool. The last thing I want now is another dying animal. I don’t want anyone to give me any more pets so I can love them and then they can die. One, they can’t take away the pain that Ibiza is dead and two, you’re screwing me over because I’ll end up loving them.” Nico, who was standing on the carpet, said “You’re an asshole” and left the fish in the bag in the sink before undressing.

The next day, Carla apologised to him. And he thanked her and her mother bought a fish bowl and set it on the turntable stand. Her father bought decorations: a treasure chest, coloured pebbles and plastic seaweed. And I’m not really sure if I should tell you this, but three weeks later a lump appeared on Humbert’s side that looked like a tumour and he died. Debbie died a few days later of a broken heart. Carla’s mother flushed them down the toilet just as Cecilia had done, and Carla said “See? I knew it.”

Irene Solà (Malla, 1990) is part of the Vols Russos artistic collective, founded in Girona, which brings together poets, photographers and plastic artists.