Els Encants: The art of the autobiographical found object 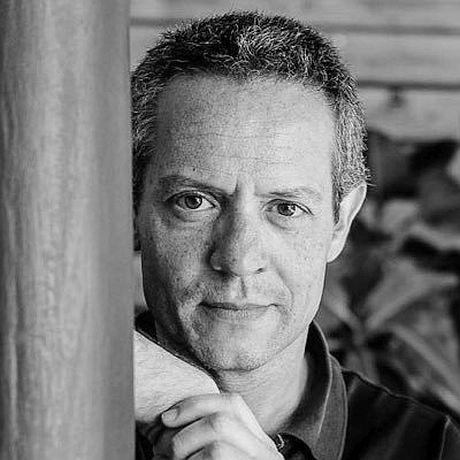 The mirrored ceiling of the new structure that houses and reflects the stalls of Els Encants Vells flea market, now located on Avinguda Meridiana and next to Plaça de les Glòries. © Rafael Vargas

Encants i miralls de Barcelona is a dream come true for its authors, the photographer Rafael Vargas and the writer Victoria Bermejo. Rarely, and without planning, can a project of this nature be achieved. For years, the photographer has accompanied Els Encants in its transformation. The book is both a tribute to a symbol of the city and a mirror of the lives of its people through the found objects at the Bellcaire Fair.

Encants i miralls de Barcelona [Encants and Mirrors of Barcelona] is the serendipitous encounter between the perspective of an experienced architectural photographer, Rafael Vargas, and the writer Victoria Bermejo, who considers herself what we would call a scrutineer of human stories. Because Barcelona’s Els Encants flea market is just that: scrutinised lives, revealed in all their diversity, the body and soul of the city. A dramatic, multicultural city, at times even ravished by death, by the unexpected, by the harshest reality. Sometimes what comes to Els Encants are entire lives that have been cut short, relocated homes and even dreams only sketched out in literary notebooks, Kodachrome colour slides from the sixties or the booklets of a perfectly organised theatre library with their bookplates.

Every Monday, Wednesday, Friday and Saturday, the chiaroscuros of dozens of Barcelona locals sneak into Els Encants. They do so every market day, in the early hours of the morning, before the first sunbeams of the day, with the auction of lots among the potential wholesalers. The history of Els Encants stories is endless. Sometimes the stories reach the pages of the mass press or television on account of a famous find that reminds society as a whole of the extraordinary uniqueness of our special “flea market”. 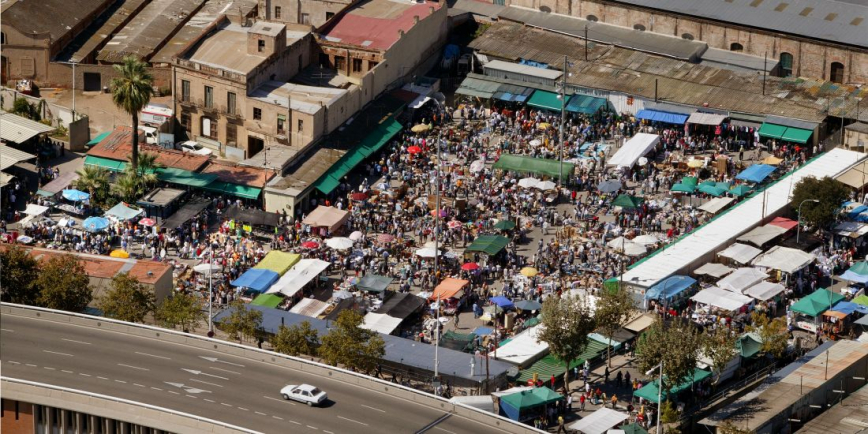 Els Encants Vells in its former location, between the central area of ​​Plaça de les Glòries and Camp del Sidral del Clot (on the mountain side, between Castillejos and Dos de Maig). © Rafael Vargas

Els Encants is still the same popular and humble market as when it was in the dusty but endearing former location of Plaça de les Glòries.

At other times, the stories make news because of the alleged cultural scandal that implies that the material remains of the life of a prominent figure in the intellectual world are “wasted” on the cold ground of the humble market… Because Els Encants, despite the sophisticated and delicate multimillion-worth architectural structure that puts a roof over it, is still the same popular and humble market — in a wholly undeniable and obvious way — as when it was in the inconveniently dusty but endearing former location of Plaça de les Glòries. And Els Encants can also attract media interest because an unreleased photo album of the 1962 snowfall surfaced, or because an American tourist bought anonymous clichés of little-known quality there, which show a lost Barcelona and that hark back to the case of a Catalan Vivian Maier... 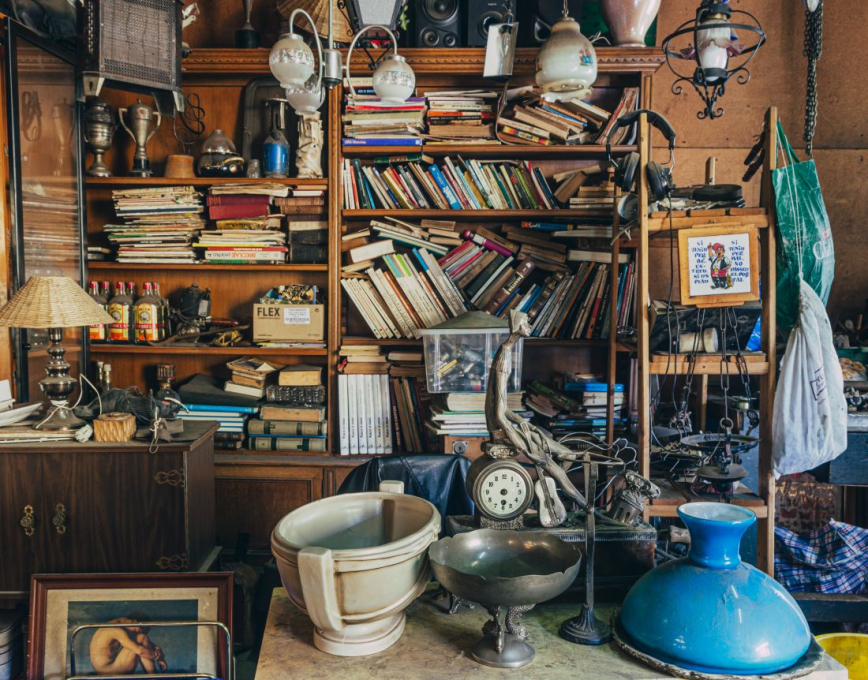 One of the stalls in Els Encants Vells flea market, brimming with books and antiques. © Rafael Vargas

In the homes of the authors of the book, objects from the Els Encants flea market abound, as will no doubt also be the case in the homes of many readers.

That novel read in secondary school

The discoveries happen daily and are at the same time unattainable, because Els Encants, as a mirror of the city, always pleases the eyes of those who scrutinise its lots with cultural passion, the obsession of a collector or one in search of their own urban sentimental autobiography. In the homes of the authors of the book, objects from the Els Encants flea market abound, as will no doubt also be the case in the homes of many readers now reading these lines: vinyl records we listened to as teenagers now happily rediscovered, the edition of a novel read in secondary school that left its mark on us and that we had never laid eyes on again, old 19th-century business cards with family portraits that recall the security of a structuring past, the rotary dial phone that hung from the wall in the living room, the Duralex glassware that seemed forgotten, the dedications of established writers, first editions that are impossible to find... “Many objects become a Russian doll,” recalls Victoria Bermejo: “that cigar box whose double bottom conceals a gold tooth; a watch behind whose dial lies a coin with a swastika. It is about entering into the art of trying to unravel the secret threads that bind them”. Bermejo confesses her weakness: “I have the soul of a junk dealer, I adore recycling and genuine or unique objects. When I visit cities, I always go to a flea market, a food market and a cemetery: they are a living example of a way of living and dying”. 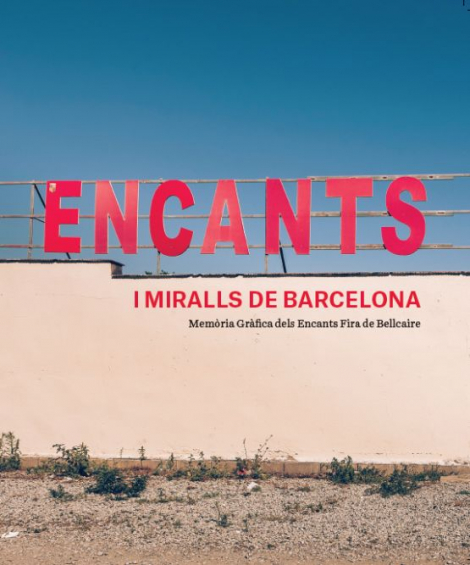 Els Encants is the quintessential territory for personal awakening. In the words of Rafael Vargas, these objets trouvés “unleashed my unconscious connections and were a very good source of inspiration for my most surreal photographs”. The photographs in the book, like Bermejo’s always dream-like and uncomplicated texts, are a good example thereof. Sometimes they go unnoticed, but the large-format images that the visitor finds throughout the new Els Encants are by Rafael Vargas himself. Through this book, he now pays tribute to everything that the Bellcaire Fair represents for the city of Barcelona. And he does so accompanied by the exhilarating literary creativity of Victoria Bermejo, who has written ten stories in which reality and fiction intertwine to create a double textual story alongside the photographer’s visual story. “Never has photography made so much sense to me as a document and as an interpretation of reality”, Vargas claims. “Els Encants exists to be there, collecting the passage of time, showing ephemeral realities between gleams and reflections”. His photographs of the fair, before and now, transport the reader to the heartbeat of Barcelona’s Els Encants, with the invaluable help of the precise and measured notes of the historian Enric H. March, the cultural agitator Oscar Guayabero and the architect Josep Bohigas. For all the people for whom Els Encants is part of their personal geography, and also for those who have not yet let themselves be enchanted by its spell, this book cannot be missed: it is an act of passionate love for the city as a living territory.