A former liberal puts the left under the magnifying glass 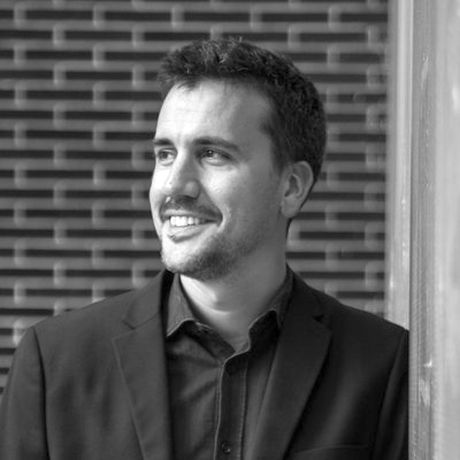 He holds a Degree in Humanities and Journalism and completed IESE’s management development programme PDD.

In his book Els salaris de la ira [Wages of Wrath], Miquel Puig opens the debate on workers’ wages, stagnant for decades. According to his theory, the abundance of workforce has frozen salaries because it has reduced workers’ bargaining power and, instead, has given it to companies. To redress the situation, the author proposes a flammable model, which he calls “orderly immigration”.

The economist Miquel Puig does not like to go with the current. It is not that his views never chime with mainstream perspectives, but his personal view allows him to avoid it when he sees fit. He did it with tourism: when in Catalonia the complaints about this sector’s “negative externalities” (harmful effects, in economist speak) were not the majority, he was among the first to raise his voice and develop a discourse that questioned tourism in a reasonable manner. Without the need to demonise the sector, the passage of time has proven Puig more right than he was found to be wrong.

Now the author returns with one of the issues that is more pressing in the West yet is more overlooked at the same time: the problem of wages, stagnant for decades, and how this is the fuel with which many populist movements are building their discourse. Addressing this debate, as Puig does in his new book Els salaris de la ira, is no big deal compared to tourism.

The economist, a disillusioned former liberal who has now leaned to the left, foresees a number of solutions, albeit bold to put forward in a country where public debate is very superficial. We do not need more pedantry, of which we already have plenty, but better factual analyses, more didactic approaches and more sincere debates. Puig endeavours to do this – although the book is dry at times – and it is hoped it will spark an in-depth debate. If we cannot continue to pretend that people are not losing purchasing power year after year or that they cannot even purchase a flat with what they earn from working (in the vast majority of cases they only manage to do so with some form of assistance from their families). Indeed, we can continue to ignore the problem, but one day it might blow up in our faces when our Donald Trump arrives.

Do the important stuff and put the other stuff aside: Puig believes that the freezing of salaries that we have experienced since Spain’s transition to democracy is due to a surplus of workforce. We have too many workers available. And this is due to three factors: technology, company delocalisation and immigration. The first two have left many people jobless, and the third has caused a flood of workers in some sectors. According to his theory, the surplus of workforce has caused wages to plummet because it has reduced workers’ bargaining power and, instead, has given it to companies, which have been able to pay lower wages than they should have to.

According to the author, the surplus of workforce is due to three factors: technology, company delocalisation and immigration.

Not only in Spain

The problem not only applies to Spain. The author shows how purchasing power (that is, wages minus inflation) is also experiencing a long ice age in France and, albeit to a lesser extent, in the United States. In the book he does not say so, but it is understood that he has not studied other countries.

Puig, currently leader of Esquerra Republicana [the Republican Left of Catalonia] at Barcelona City Council, is highly critical of the left. In Spain, the main social democratic party defines itself as a “workers’ party” and in the United Kingdom they call themselves “labourists”, but that has not prevented these parties’ economic policies from being almost no different from those of their right-wing rivals. The economist considers them “hypocrites” for having forgotten working people and fears that far-right parties will take advantage of this vacuum to gain electoral ground.

In short, Puig’s model is what he calls “orderly immigration”: putting up big barriers in the country to regulate the influx of workers. This is what is done in Australia and Canada, and it is the approach adopted by Denmark’s Social Democratic Party, which the author takes as a reference point because they approach the issue “sincerely”. Completely unrelated to Spain’s option, in which thousands of people enter airports with a holiday visa and then stay to live. They are two different models.

This material is politically flammable and in humanitarian terms very complicated to manage (even if we put refugees aside, who Puig assumes do have to enter the country because they are a different case). But just because the matter bothers us from the get-go does not mean that we do not have to talk about it.

He holds a Degree in Humanities and Journalism and completed IESE’s management development programme PDD.