How can Vox be defined? Five pointers for its interpretation 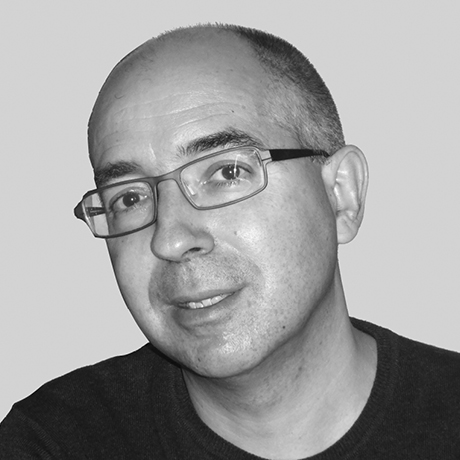 Doctor in Contemporary History and Professor in the Blanquerna School of Communication at Ramon Llull University. He has focused most of his studies on the evolution of the far right, populism and political violence.

Vox’s electoral ups and downs indicate that its base is not as solid as it seems. This party, based on a vertical structure, limited ideological theorisation and high social network penetration, is a party “under construction” capable of making unpredictable turns. For now, it has only introduced proposals and issues to polarise public opinion and thereby gain high visibility.

Since Vox emerged institutionally in Andalusia’s elections of 2 December 2018 (2-D), journalists, analysts and academics have called this far-right party neo-Francoist, Fascist, neo-Fascist or “nativist”. But its nature is difficult to define, because Vox is still deploying its ideology and few studies on the party have been carried out. [1] With a view to gaining an insight into the party, we believe it is more effective to offer five pointers to facilitate its interpretation, presented below.

Great support at the ballot box that may be volatile

Vox witnessed a spectacular rise in one year. On 2 December (2-D) 2018 it stopped being a marginal party when it won 10.9% of the Andalusian vote. It entered the Congress on 28 April (28-A) 2019 (10.3%), and in the triple election of 26 May (26-M), it gained representation in Europe (6.2%), the autonomous communities (in nine regional parliaments) and local governments (it participated in 646 municipalities and obtained 530 councillors). And on 10 November 2019 (10-N) it became the third Spanish political party (15.1%). However, its growth was erratic, as in just one month (28 April to 26 May, 28-A to 26-M) it lost 48.1% of the vote. According to the CIS [Spain’s National Research Centre], its support dropped to 3.4% in July 2019, but Vox made a come back and increased its vote on 10 November (10-N) as it turned the opposition to Franco’s exhumation to its advantage and led the rejection of the protest for secession against the Supreme Court ruling on the pro-Catalan independence leaders.

In short, the big drop in Vox voting on 26 May (26-M) reveals that their electoral base is not as solid as it seems. That is why, despite their upward trend, regression cannot be ruled out (the September 2020 CIS barometer gave it 11.7%).

Various essential elements of Vox’s discourse and strategy were developed within the PP.

A PP split capable of redefining the right’s framework

Vox is not the outcome of the evolution of the Spanish far right, but of the ideological mutation of a split in the PP [Partido Popular: People’s Party]. Its distant origin would lie in two areas of this political party. On the one hand, in its most uncompromising wing rooted in the Basque Country, with figures such as Jaime Mayor Oreja, María San Gil or the figure who would go on to become the future leader of Vox, Santiago Abascal. This area, which operated under the severe threat of ETA and identified with the leadership of José María Aznar, developed a defensive Spanish nationalism. Abascal reflected this in promoting the Defence of the Spanish Nation Foundation (DENAES) in 2006, which became a sort of ideological think-tank of what Vox would be. Moreover, theories arising within the PP in the Community of Madrid associated with “neoconservative” sectors that emerged during the leadership of Esperanza Aguirre, president of the community (2003-2012) and of the PP in this community (2004-2016), would have crystallised in Vox. Vox would have taken on the strategy developed by these “neocon”, if we adhere to the description of the term established in the collective essay Spanish Ñeocon (2012):

(...) (1) the counterattack on the cultural hegemony of the left, (2) the assertion of moral values vis-à-vis a conception of reality as an agonistic and threatening space, (3) persuasion and social mobilisation as a means and strategy for growth and (4) neoliberalism (with nuances) as economic policy. [1]

Vox’s near origin would follow the platform reconversion.es, which was established in 2012 and advocated a recentralising reform of the State. Its promoters included Aleix Vidal-Quadras, José Antonio Ortega Lara and Abascal, who constituted Vox in December 2013. The aforementioned reform was the focus of its programme and the party competed in the 2014 European elections with Vidal-Quadras as a candidate. Vox intended to embody the genuine PP by arguing that Mariano Rajoy had ideologically undermined it and ran a “government of ambushed Social Democrats”. Despite the financial support of the National Council of Resistance of Iran (800.000 euros), Vox was left without a seat (1.5%). Vidal-Quadras left the party in February 2015 due to differences, as he defended approaching Cs [Ciudadanos: Party of the Citizenry] and UPyD [Unión, Progreso y Democracia: Union, Progress and Democracy], and was replaced by Abascal.

In brief, various essential elements of Vox’s discourse and strategy were developed within the PP. This made it easier for a part of its electorate to identify with Abascal’s party and, at the same time, that it could later set the agenda of a PP obsessed with stopping the departure of its voters towards Vox.

Under Abascal’s leadership, Vox radicalised its discourse and participated in Andalusia’s elections in March 2015 with Islamophobic elements. Its poor result (0.4%) was repeated in the 2015 and 2016 legislative elections (0.2% in both cases). This pattern did not change until 2 December (2-D) 2018, and by then its ideology was very different from that of its beginnings. And it is that Vox had set a new ideological brief based on four pillars.

One would be made up of issues that the PP addressed and did not incorporate into its agenda, such as the rejection of abortion and laws such as those related to historical memory and same-sex marriage, as well as proposals to reinstate powers to the autonomous communities. Another pillar would be related to traditional issues of the radical right or far right, such as opposition to the independence movement or the demand for Spanish sovereignty of Gibraltar. A third pillar would include flags of the European far right, such as denouncing the supposed threats of the expansion of Islam, the rejection of illegal immigration or the Euroscepticism of the countries of the so-called Visegrád Group (made up of ex-communist countries Slovakia, Hungary, Poland and the Czech Republic). A fourth pillar would be comprised by Trump elements, such as Vox’s slogan “Make Spain Great Again” or its proposal to construct a wall on the borders of Ceuta and Melilla.

Vox is thus located in a border area between PP and the existing space to its right, while it can be aligned with the new Western extreme right with its own features.

As Vox’s ideology is not developed in essays nor does it have a panel of intellectuals that theorise it, it can be reduced to a series of powerful ideas that are easy to adapt to social networks.

A party of networks

Vox has only officially generated three books of interviews. [1] In this way, its ideology is shaped by its electoral programmes and the statements of its leaders. This matter is fundamental because Vox has a vertical and centralised structure, so that its leadership controls the party with no cracks. As its ideology has not been yet developed in essays nor does it have a panel of its own or related intellectuals that theorise it to afford it a certain density, it can be comfortably reduced to a series of powerful ideas that are easy to adapt to social networks. These are the key channel for disseminating its discourse.

In this regard, Vox is the leading party on Instagram (584,800 followers, although Abascal has 728,600 followers) and is also the party with the most followers on YouTube (357,000). However, its presence on Twitter (421,000) is lower compared to the other parties.[2] Likewise, in February of this year, it opened accounts on TikTok and, significantly, on Gab (a network similar to Twitter that promoted the America’s far right as it is censorship-free). Vox can move in them with great agility and effectively raise its “culture wars” about feminism, gender-based violence (“intra-family violence”) or parental censorship (“parental pin”). It thereby deploys its ideas through politically profitable ways and avoids depending on the media to reach its followers unfiltered and to interact with them.

In short, the combination of vertical organisation, limited ideological theorisation and high network penetration have made Vox’s discourse stand out for its flexibility, agility and significant social capillarity.

A network of allies in definition

This progressive expression of Vox’s ideology was also evident when the party did not specify its network of related European parties until it joined the European Conservatives and Reformists Group in Strasbourg and not the Identity and Democracy group, led by Italy’s League party and to which the National Rally led by Marine Le Pen belongs.

The election of Vox’s European parliamentary group was no minor gesture, since it separates it from LePenism, when this party was the beacon of the Spanish far-right since the Front National of Jean-Marie Le Pen won 11% of the vote in the 1984 European elections. By contrast, Vox’s fundamental reference points seems to be Poland’s ruling ultra-Catholic Law and Justice Party (PiS). Even this February it adopted the brilliant measure of the PiS: a monthly state subsidy of 100 euros per child up to the age of 18. This decision distanced Vox from its neoliberal approaches, since granting this subsidy would require between 9,600 and 8,000 million euros annually, which clashes with its eagerness to lower taxes. In addition, Vox is pro-Trump (45% of its electorate would sympathise with President Trump) and pro-Israel, when the preceding Spanish far right had been largely anti-American and anti-Israeli.

Vox, then, establishes its network of related forces spontaneously and with some surprises, such as its major encounter with Chega, the Portuguese far-right party that won a seat in 2019. Vox could have moved closer to it to build a peninsular ideological core, but chose to do the opposite. Thus, last January, Vox disseminated a map of Spain that included Portugal that outraged the leader of Chega, André Ventura (who had previously congratulated Vox on its success on 10 November, 10-N). The incident reflected how Vox can suddenly embrace Iberian federalism as a theme and introduce it into public debate while defining its European network of allies and enemies.

A party “under construction”?

Based on the above, we note that, despite projecting itself as a party with a monolithic ideology and given its pyramid-shaped organisation, Vox can be malleable when it comes to changing its discourse and attracting support through social networks. It can thus introduce proposals and issues that polarise public opinion and grant it high visibility. In such a scenario, the qualifiers used to define it have a limited value, since Vox is a party “under construction”. The creation of its own laboratory of ideas (the Disenso foundation) and the promotion of a party-linked union (Solidaridad) bear witness to this. And although it seems firmly established in institutions, its possible regression at the ballot box cannot be ruled out.

Doctor in Contemporary History and Professor in the Blanquerna School of Communication at Ramon Llull University. He has focused most of his studies on the evolution of the far right, populism and political violence.