For a more cohesive society 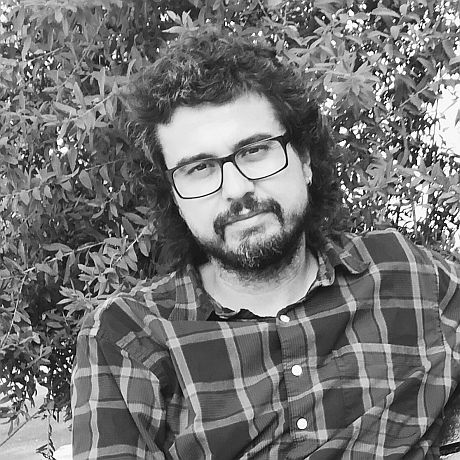 Holder of a PhD in Sociology and Master’s Degree in Applied Social Research Techniques.

The last economic crisis had serious repercussions in terms of social cohesion and, for over a decade, Barcelona has been endeavouring to overcome the worst ramifications of that economic downturn: severe poverty –especially child poverty–, job insecurity and housing prices. The model for social cohesion applied by the metropolis following the restoration of democracy may serve as a point of reference.

overcome the serious effects triggered by the last economic crisis in terms of social cohesion. In recent years, employment recovery has helped to reduce social inequality and poverty slightly, but it has not yet returned to pre-crisis levels. However, what is more worrying today are some of the lingering effects following the change in economic cycle, as well as new issues that are arising in the post-crisis landscape.

The major after-effect of the economic crisis in metropolitan Barcelona is perhaps the protraction of severe poverty, which is virtually still at the same levels as in the crisis context. It largely affects the population that has not managed to board the train of economic revival, unemployed for years and with minimal social protection in the form of benefits and emergency social relief, often complemented by more informal support from the third sector, a number of social innovation practices or family networks themselves.

Another pressing issue is child poverty. Today, one in four children in the Barcelona Metropolitan Area are at risk of poverty. This morally unacceptable ratio is also worrying on account of its huge contribution to making inequality chronic. This is not strictly a metropolitan problem nor is it directly linked to the economic crisis, but it is clear that the recession contributed to the major surge in this phenomenon. The loss of employment widely affected homes with children, and the lack of specific economic support, coupled with the precariousness that characterises a great deal of newly-created jobs, prevents the child poverty rate from being reduced.

Indeed, job insecurity is another of the main challenges to gaining social cohesion faced by the metropolis of Barcelona today. In recent years, the rise in temporary contracts, false self-employment, involuntary part-time work and low salaries have exacerbated the rate of workers at risk of poverty, which has risen from 13.3% in 2011 to 17% in 2017. It should also be borne in mind that precariousness hinders the consolidation of the right to social protection benefits associated with unemployment, which is crucial to guarantee income at a time when the lines between employment and unemployment are increasingly blurred for a growing swathe of the population.

And, finally, housing. The metropolis of Barcelona is currently enduring a major housing crisis, marked by a spike in prices to all-time highs. This escalation in prices, which began just after the outbreak of the economic crisis, has not been accompanied by a widespread recovery of household economies, which is seriously hindering housing access and maintenance for large segments of the population. Another effect of the housing crisis is that the rise in spending on housing – with a higher ratio of renters in the city centre – is generating a fall in consumption capacity and, at times, cases of material deprivation.

The impact of the crisis ended up overwhelming the unemployment protection system, which is reflected today in the entrenchment of severe poverty.

Lessons learned from the last social cohesion process in Barcelona

The challenges to improving the living conditions of the metropolitan population as a whole are both huge and complex, but we are not starting from scratch. In the period that spans from the restoration of democracy to the outset of the last economic crisis, Barcelona has witnessed a lengthy social cohesion process. Income disparities have decreased and, at the same time, progress has been made towards a certain degree of convergence between the recorded levels of poverty in the centre and the metropolitan periphery. What can be learned from this process? What are the main factors that made it possible? Are they still working or are new ones required? Without a doubt, these questions must be the first issues that we must deliberate over to tackle the (re)building of a more cohesive metropolis.

The development of the welfare state played a highly prominent role in this social cohesion process. The 1980s saw a major rolling out and strengthening of cash benefits, mainly those allocated in the event of unemployment, sick leave and retirement. This proved crucial to reducing social inequality, and it must continue to do so today. Methods must be found to tackle the deficits of the current welfare system, which primarily seek to improve the system’s capacity for redistribution and to increase social protection for children through economic support. Progress must urgently be made in this regard, both at autonomous community and state-wide level.

A more solid model of guaranteed income must also be introduced. The impact of the crisis ended up overwhelming the unemployment protection system, especially for the duration of the recession, which is reflected today in the entrenchment of severe poverty. The Government of Catalonia’s implementation of a guaranteed income for citizens marks a step forward in this respect, although its effects will not be tangible until the scheme is fully rolled out, planned for April 2020. Nevertheless, its design still has room to improve social protection, i.e. by redefining the eligibility criteria, extending its complementarity with job earnings and taking housing costs into account.

Another of the factors that clearly contributed to social cohesion in the conurbation of Barcelona during the period in question was the spectacular growth of employment. One million jobs were created between 1985 and 2006. In addition, until the mid-1990s, this rise in employment was particularly auspicious for intermediate jobs with average salaries, which would also account for the decrease in income inequality. However, since then, the tertiarisation of the economy has steadily increased and, in turn, part of the labour market has been eroded. In recent years, the occupational structure of metropolitan Barcelona tends to be polarised between skilled and unskilled service workers, both with very unequal working conditions. Even so, this social polarisation can be slowed down. The key lies in training and in talent retention and, besides university education, vocational training must also play a pivotal role in this regard. Moreover, efforts must be made to ensure quality employment and decent working conditions for all.

In recent years, the occupational structure of metropolitan Barcelona tends to be polarised between skilled and unskilled service workers, both with very unequal working conditions.

And, last but not least, another decisive factor in the social cohesion process was women’s integration into the labour market. The increase in dual-income households also proved conducive to reducing inequalities, although there is still room for improvement. It is therefore necessary to continue facilitating women’s employment with family-friendly polices, equal opportunities and equal working conditions, while educating and raising awareness to foster a better distribution of household chores. Women’s struggle to effect change must continue to play a key role in this respect.

Why must impetus be given to a metropolitan response?

Social inequality takes on particular significance in large urban agglomerations, as it is where its manifestation is more visible. This issue thus calls for special attention from urban governments. Moreover, the spatial distribution of the wealthy and poor population has long followed a metropolitan logic in Barcelona. The Besòs and Llobregat hubs as transmunicipal areas with a high concentration of poverty on the periphery are evidence thereof. Hence, if social problems take on a metropolitan scale, does it not make sense to design a metropolitan response?

It should be possible to establish a homogenous system of primary social protection for the Barcelona area as a whole that overcomes the fragmented and heterogeneous nature of the current municipal model.

The existence of the Barcelona Metropolitan Area as a local supra-municipal authority since 2010 is a great opportunity to fine-tune municipal social policies in the metropolitan area. It is equipped with competencies in the realm of social and spatial cohesion, which must be enhanced because the reality demands it.

It should be possible, for example, to establish a homogenous system of primary social protection for the metropolis as a whole that overcomes the fragmented and heterogeneous nature of the current municipal model. It should even be considered whether it would make sense to implement the allocation of a metropolitan guaranteed income in addition to the guaranteed income for citizens to adapt it better to the cost of living in the metropolis. Policies must be rolled out such as Barcelona City Council’s Fons 0-16 scheme – based on economic aid disbursed to vulnerable families with children under sixteen years of age –, which have yielded positive results in recent years in terms of mitigating situations of severe child poverty. The harmonisation of other local childcare policies, such as nursery schools, is also called for.

Commitment could also be made to proposals such as the metropolitan minimum wage, beyond reindustrialisation strategies that are already being carried out and that are heading in the right direction. Or strengthening a metropolitan vision of housing polices to increase the public rental housing stock and affordable housing stock, as has already been done with Barcelona’s public-private operator Habitatge Metròpolis. This would help relieve pressure in terms of the demand weighing down on the city centre, while making it possible to actually control rent prices, which is also a necessary measure.

In short, progress must be made towards an advanced model of metropolitan social policy based on leveraging more resources, spatial redistribution and the complementarity of other state and autonomous-community policies. Only then can Barcelona become a more cohesive metropolis.

Holder of a PhD in Sociology and Master’s Degree in Applied Social Research Techniques.