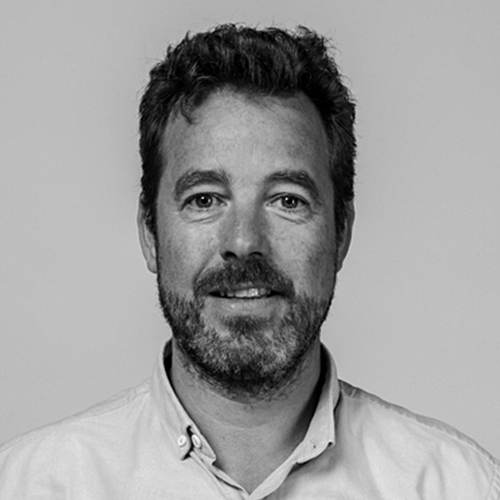 Commissioner for Digital Innovation, Electronic Administration and Good Governance at Barcelona City Council. Degree in Law from the University of Barcelona and Master’s in Public Management from ESADE-UAB-UPF. Former positions include Director for Strategic Planning and Central Services at Gavà Town Council (2015-2019).

Faced with the need to leave no one behind, cities are giving impetus to projects that advocate for digital inclusion, facilitating access to new technologies and their use. To this end, Barcelona has created the figure of ICT agents, Cibernàrium is promoting technology training and, in the Trinitat Nova neighbourhood, the “Connectem Barcelona” pilot project has been launched to promote digital inclusion in neighbourhoods.

A new issue has come to the fore on the public agenda: the digital divide. Not that the problem did not exist before, but it has mutated in such a way that it calls for new responses. The hyper-digitalisation of society, a phenomenon characteristic of the early 21st century, has been accelerated by the pandemic, especially in the wake of harsh lockdowns. As the sociologist Manuel Castells predicted in 2000, this has led us to a hybrid reality, where face-to-face and virtual dimensions converge and merge. We have been able to harness – and even enjoy – the potential of digital disruptions, but, at the same time, all those unable to use them to a greater or lesser extent are at risk of falling into the digital divide. When the digital dimension is so palpable and relevant in our day-to-day lives, falling into this gap is synonymous with social exclusion. Today it is evident that the internet, far from being an add-on, has become the gateway to services and fundamental rights.

Faced with this digital emergency, and taking into account the new nuances of this problem, in October 2020,[1] Barcelona City Council carried out a survey to gain an in-depth understanding of the reality of the digital divide in the city under the impact of Covid-19 and, through new public policies, to provide new responses to digital inclusion. We have gained a very clear picture of the situation based on the analysis of the three dimensions of the digital divide – internet access, devices and use of technology.

As regards internet access, 8.1% of households do not have internet connection. Lack of access primarily affects those over 74. Households that do not connect for economic reasons only account for 1% of the population, approximately 6,000 families. As far as devices are concerned, although practically everyone has a mobile phone, we begin to appreciate the first differences when it comes to social class. Thus, in higher-income households, the average number of electronic devices is 6, while the figure drops to 4.7 in lower-income households. These figures are meaningful because having one computer or device per family does not suffice, since the same number of devices as household members would be needed.

The most significant differences are noted in the analysis of the use made of the internet, which is directly linked to digital training. The determining factors are mainly age, level of education, income and employment status. In general terms, use appears to dwindle in the over-60s. Retirees also show less intensive use. In terms of level of education, individuals who have gone on to complete post-compulsory studies are those who most use the Internet. Income, however, does not generally bear a significant impact on higher or lower internet use.

An in-depth analysis of the figures, when it comes to completing e-procedures with the administration to access services or benefits, reveals significant differences. For example, in middle- or high-income neighbourhoods, more than 75% have carried out an e-procedure with the administration, while in low-income neighbourhoods, 63.7% have done so. Among the over-74, access to these services falls to 34.2%. The figures highlight the importance of training. In fact, this is the variable that is the strongest determinant of the digital divide.

In light of this context, the City Council has given impetus to a number of responses in the form of public actions and policies; some have a relevant nature, designed to cope with the lockdown, and others have been designed with a new long-term context in mind. At the outset of the pandemic, a shock plan for digital inclusion was rolled out.[2] Among other measures, the plan included the donation of devices to access job placement training online, the delivery of virtual mentoring for families to learn how to use schools’ digital platforms, and the introduction of ICT agents throughout Catalonia to provide support in conducting e-procedures.

ICT agents support people who need help to electronically apply for benefits such as unemployment or minimum income allowance.

The ICT agents are Barcelona City Council employees who, by way of face-to-face scheduled appointments, support those who need help to electronically apply for benefits such as unemployment or minimum income allowance. The “ICT Agents” programme has been consolidated as a municipal service, since a proportion of citizens – by no means negligible – needs support to process applications for digital services, either on account of the complexity of the procedures or because the users suffer from the divide due to lack of access, devices or use of technologies.

What follows are a number of indicators illustrating the service offered by ICT agents. Fifty-seven per cent of the users of this service are women and the majority are between 25 and 55 years old. This is a relatively young age group, since many of these people are recipients of unemployment benefit or the minimum income allowance. These statistics dispel the cliché that the digital divide solely or mainly affects older people. As for the type of advice, 29% of the requests are to download information and documentation online (work history, certificate of residence, income information, etc.). Secondly, requests for an appointment to carry out an e-procedure (DNI, SEPE, OAC, etc. [National Identity Card, Public Employment Service, Citizen Information Bureau, etc.]) correspond to 21%. And, thirdly, the most frequent request is the management of digital certificates.

In turn, Barcelona Activa – and specifically Cibernàrium, the technology dissemination and training service that boasts more than twenty years’ experience – has increased and diversified the training to adapt to new needs. For the time being, it continues to offer basic technology training with office automation or Internet browsing courses, but it also incorporates transformative digital training in line with the demands of the labour market, such as web programming, data management or digital marketing courses, among others. Cibernàrium has 14 physical locations where face-to-face training can be carried out (at 22@, in Nou Barris and in municipal libraries) and a virtual environment for online training. Approximately 15,000 people are trained in digital skills annually.

Also worth mentioning is the pilot project “Connectem Barcelona”, which fosters digital inclusion in neighbourhoods. Promoted by the City Council, it enjoys the participation of more than 30 organisations, companies and institutions. It started out with a pilot test in September 2021 to deliver a comprehensive response addressing the three dimensions of the digital divide in the Trinitat Nova neighbourhood. Over one year, 400 families in this neighbourhood will have access to the internet, devices and support. An evaluation will subsequently be made of the impact of these technological tools and quality advice on these households. The project should help appraise the impact on personal empowerment thanks to internet use, as well as evaluate the current tools implemented by Barcelona City Council to tackle the digital emergency and amend them, if necessary.

The cities of Bordeaux, Buenos Aires, Johannesburg and Montreal have rolled out a public municipal Wi-Fi network.

Bordeaux’s metropolitan authority, Bordeaux Métropole, is rolling out a public Wi-Fi network to ensure that all its inhabitants have access to basic digital services. Bordeaux has gone from seeing Wi-Fi as a complementary tool that “is good to have” to understanding it as a basic service that allows social demands to be met and inclusion to be guaranteed. During the pandemic, besides connectivity, Bordeaux Métropole lent digital tablets through primary schools to families with no smart devices at home, and developed software to teach the basics to navigate municipal digital portals. It also hired staff – a hybrid profile between a social worker and a multimedia trainer – to offer support to users.

The city of Buenos Aires faces many challenges in terms of internet stability and speed of connection, especially in informal settlements. For this reason, the City Council is rolling out a public municipal Wi-Fi network, the BA Wi-Fi, which works free of charge in public spaces and has no time restrictions. As regards access to digital public services during the pandemic, Buenos Aires implemented the Boti project, aimed at providing a means of direct communication via WhatsApp between the City Council and residents on issues related to public services such as transportation and health.

In Johannesburg, only 40% of the population have internet access via smart devices. For this reason, the City Council, besides digitising more and more public services through the e-Joburg platform and improving user experience on digital municipal portals, is rolling out a public Wi-Fi network. On the subject of training, the South African city is committed to guaranteeing good user experience, promoting easy-to-use technologies that do not intimidate citizens.

Montreal has made digital inclusion a key component of the “Montreal 2030” city strategy, which also includes other areas related to digital rights, such as privacy and ethical data management. The Canadian city has rolled out a public Wi-Fi network in busy public spaces, provided thanks to a public-private partnership. Furthermore, the federal government grants subsidies to families who have difficulty paying their internet bills – Canada is one of the countries with the most expensive Internet prices –, and the City Council offers support to low-income families to gain access to high-quality devices. In terms of training, in addition to the standard training and support programmes, Montreal has an on-going project to train girls and boys in programming.

New York City faces many challenges related to digital inclusion, especially in terms of installing fibre optics in many city boroughs and in making internet services affordable. New York City Council has therefore drawn up the “NYC Internet Master Plan” with the goal of transforming the new, publicly owned, open access broadband infrastructure based on five principles: equity, performance, affordability, privacy, and choice. The new affordable networks will be rolled out, as a matter of priority, in neighbourhoods with no connectivity – and that have historically been underrepresented due to racial and economic barriers – with the participation of companies led by women and people from minority groups. As for training, through programmes such as “Connected Communities”, New York City Council recognises and reinforces the essential role played by public libraries, after-school activities and local community organisations in promoting widespread adoption of the internet. In addition, during the pandemic, thanks to the “Connected NYCHA: Older Adults” programme, the City Council donated 10,000 internet-connected tablets. New York also believes that creating modern, user-friendly, intuitive and accessible services is an integral part of digital inclusion, and strives to make all of its digital services work in this manner.

Last but not least, the city of São Paulo has a network of public fab labs with training support devices and staff. And the City Council wishes to turn the network into a hub for the provision of social services to communities in an effort to generate environments conducive to social entrepreneurship and innovation.

[1] Survey on the Digital Divide in the City of Barcelona. Figures available at: http://ow.ly/ugem50IXIkE.

[2] Memòria del Pla de xoc per a la inclusió digital a Barcelona 2020 [Report on the Shock Plan for Digital Inclusion in Barcelona 2020].

[3] I am grateful for the help of Paula Boet Serrano, Digital Rights technician at Barcelona City Council, in compiling the comparative case study.

Commissioner for Digital Innovation, Electronic Administration and Good Governance at Barcelona City Council. Degree in Law from the University of Barcelona and Master’s in Public Management from ESADE-UAB-UPF. Former positions include Director for Strategic Planning and Central Services at Gavà Town Council (2015-2019).