Reinventing work in a more humane and ecological society 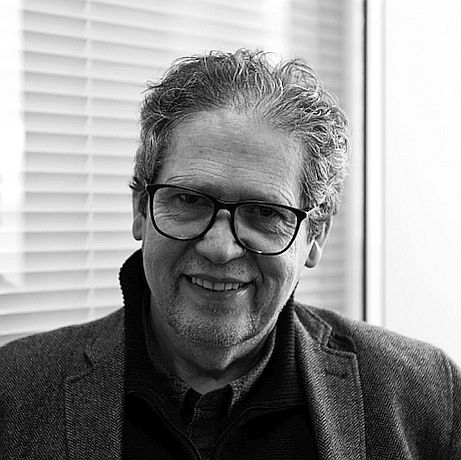 With a PhD in Sociology, Pere Jòdar Martínez is a lecturer at Pompeu Fabra University’s (UPF) Department of Political and Social Sciences.

Thinker of reference in the study of work, Méda impresses with her passionate, direct, documented and rigorous discourse in defence of work in general and of wage earners in particular, as well as her firmness in upholding the alternative of building a more democratic, fair and ecologically sustainable society.

Professor Méda was born in 1962 in Sedan, France, a small border town near Belgium and the scene of many battles throughout history. Perhaps this has influenced the basic features of her personality, of which we will emphasise three. First, she is a committed leftist intellectual and a member of the post-1968 generation, not the postmodern one. Second, she is a thinker at the academic limits of philosophy, sociology, public policy, gender, economics and ecology. Much of her broad and complex outlook is explained by an educational path that may have been a little undecided at the beginning, but has provided a background of essential knowledge exposing her to the values and ideas she now defends. Third, she is a tireless fighter, as evidenced by her published books, the countless articles she has written and her many appearances in various media and institutions.

Méda was invited to Barcelona by the CCOO trade union and the UAB-UB’s joint postgraduate programme on the Analysis of Capitalism and Transformative Policy. Without a doubt, she is a key figure in the current study of labour. She was a student at the École normale supérieure (ENS) in Paris, where she read “extremely classical” philosophy, and she later attended the École nationale d’administration (ENA), where she became acquainted with public policy. While studying, it occurred to her that philosophers “were noble souls and that we talked about the world without the tools to change it.” At the ENA, on the other hand, “there was no room for the critical spirit and everything was pure pragmatism,” but it led to her entry into the General Inspectorate of Social Affairs, a recently created department where she became familiar with auditing, inspecting and evaluating social policies. She then spent 10 years at DARES, an organisation created by Martine Aubry in 1993, where she led research on work to build a bridge between public administrations and academia. At that time, the laws to reduce working hours were enacted, which have also left a mark on her career. She later managed research at the Centre of Occupational Studies.

She was certified as a professor in 2009 and became a professor of sociology at Paris-Dauphine University in 2011. However, this did not calm her restless spirit: while teaching classes, she also runs the Institute for Interdisciplinary Research in Social Sciences (IRISSO). At the same time, she is a professor of Ecology, Work and Employment of the Collège d’études mondiales with Florence Jany-Catrice. In 2016, she was distinguished with the Legion of Honour.

A conscious look to the past, today and the future

With that in mind, we must recognise that Dominique Méda has enviable knowledge that she conveys in the form of rich and sweeping observations about the world of work and the society that goes with it in a conscious look to the past, today and the future.

She tells us that “work is not universal, but has a history behind it.” In certain primitive societies, “it was not distinguished from any other daily activity.” Likewise, “historians show us trades, activities and tasks in classical Greece, but we would not recognise them as conforming to our notion of work.” It is from the Middle Ages that work is given a certain two-sided acknowledgment: as positive, in the case of divine and human labour or as a beneficial and useful act; but also in a negative sense, as it is accompanied by pain and suffering. She adds that the Spanish, Catalan and French words for “work,” trabajo, treball and travail, respectively, as well as the English word travail, come from tripalium, an instrument of torture.

The enormous expectations that people have about their work have given way to  the disappointment, especially since 2008, for the continuous degradation of working conditions.

In Méda’s opinion, the current concept of work was built over three layers. In the first (18th century, Adam Smith), work was “a factor of production, a means of adding value to things” and involved sacrifices. In the second (early 19th century, German philosophers), it was the essence of man. The author summarises this by paraphrasing Marx’s extremely modern idea that states that “through work, people tell each other what they are and what they want to be, so that what each person does is the mirror in which they recognise themselves.” Méda stresses that this matches many people’s current expectations about work: a means of gaining recognition and satisfaction. In the third layer (late 19th century), work was seen as a “redistributor of income, rights and protection,” a feature of wage earners during the years of the welfare state, built precisely to cope with the horrors and punishment of working life in the late-19th and early-20th centuries, as well as the need to reduce labour-related conflict and establish social peace.

The author says that these three layers coexist in contradiction with each other. The second layer is not compatible with the third, because one speaks of non-alienating and satisfying work, in which we recognise ourselves, and the other refers to work that is not satisfying, but provides protection and the ability to consume. Moreover, the second and third clash with the first, which understands work only as a commodity and a factor of production to obtain profits while minimising costs.

Méda has undergone remarkable conceptual change over the years. For example, she transformed the objections to salaried work she made in 1995 (El trabajo: un valor en peligro de extinción) [Work: A Value in Danger of Extinction] into a firm defence, a change that can be reaffirmed by analysing surveys and interviews. The author’s great research work in this field is evident by observing the importance of work for people, which is only surpassed by the family. Méda highlights the fact that in international surveys, young people and women are the ones who most firmly wish to have a good work environment, to have interesting jobs and, from a more instrumental standpoint, to do well life. She also points out that work becomes more important for people when it is less stable or when they are unemployed. These findings enable her to contrast the “enormous expressive expectations that people have about their work” with the “disappointment” involved, especially since 2008, in the “continuous degradation of working conditions” due to rising unemployment, job insecurity and poverty. 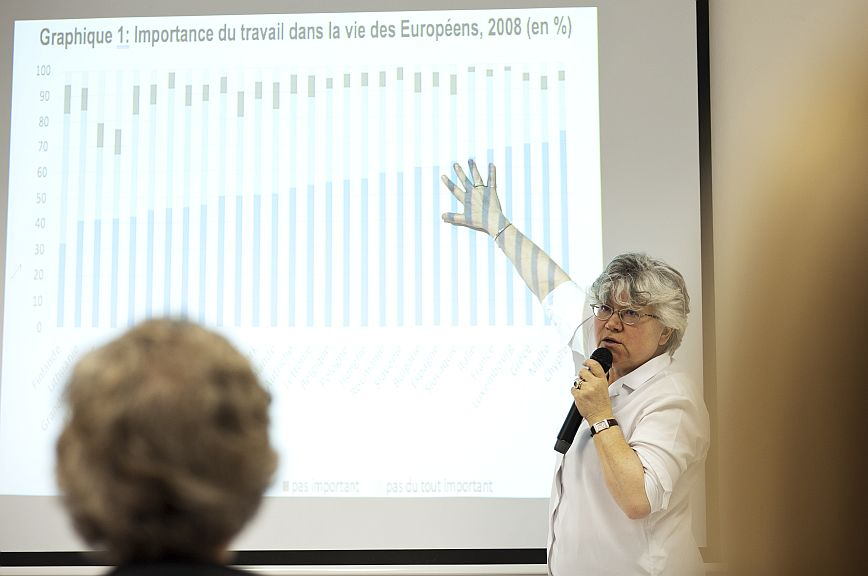 What is the reason for this degradation of working conditions? The author provides several arguments: globalisation and financialisation, as well as innovation in organising work, in technology, in business management and particularly in public management. The core problem is the shift in the social consensus on work “from the predominance of social justice and social protection (welfare state) to a commodified and privatised society in which welfare and protection can only be achieved through individual work, while the state only pushes commodification (workfare state).” This latter vision has been imposed by international organisations (OECD, IMF and EU) arguing that all labour standards must be abolished to achieve a self-regulating job market.

This is not just about material change (working conditions, the reduction of direct wages and social services), but also disappointment. The social ladder is broken. The accumulation of merit, meaning education, no longer opens the same doors of social mobility. At companies, promises of autonomy and responsibility have given way to renewed instruments of control and discipline over work and time, which are particularly stressful for people. Only the Nordic countries are still promoting quality participation and work; they are countries with high rates of union membership. Likewise, job insecurity and instability not only affect temporary workers and the unemployed, but permanent and self-employed workers as well. The entrepreneurial alternative hides degradation; what is called Uberisation is nothing more than a lack of job stability. Likewise, the balance between work and family life remains another unfulfilled promise.

Concerned about the uncertainties looming over our societies, Professor Méda envisages three likely scenarios. The first is the current dismantling of labour law, though in 2016 even the IMF warned of the dangers of extreme liberalisation coupled with austerity. The second is the technological revolution, which is presented as destructive of employment and wage labour; a one-way determinism, with each as his or her own manager. This is extremely dangerous and false, according to the author, taking into account the role of finance and of multinationals, which limit people’s freedom to work or become an entrepreneur. The third, of course, is her favourite. While disassembling fetishes such as competitiveness, productivity and growth, Méda raises an urgent change in mentality that places “the necessary ecological reconversion” at the heart of economics and politics, in the face of the wild and deregulated growth that questions our very social existence. The problem in implementing this sustainable scenario is the transition from sectors and jobs to others. She proposes various things to make it easier, including reducing the time spent working around the world, democratising companies, creating tools for employee participation, even in management bodies, and promoting national regulatory institutions alongside the market, and especially international ones that look after social rights and protections. This is a scenario that could fulfil people’s expectations of self-actualisation and expression, such as “work that is truly free” or “an activity with meaning, as Aristotle intended, which wins people recognition from others.”

With a PhD in Sociology, Pere Jòdar Martínez is a lecturer at Pompeu Fabra University’s (UPF) Department of Political and Social Sciences.