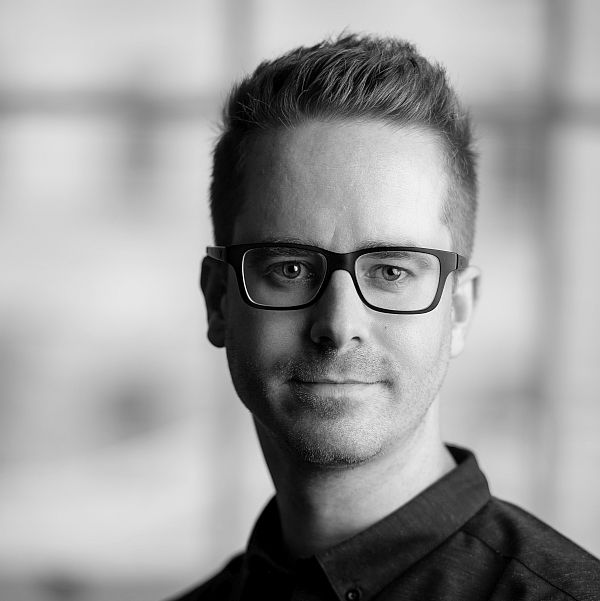 Nick Srnicek, born 1982 in Canada, is a Lecturer in Digital Economy at King’s College London.

The infrastructure of the city offers major new opportunities for profit and power which makes them highly desirable for private platforms like Google, Uber and Baidu. The end result of the growth of business models based on data mining is an urban space that is designed by and for the data and profit interests of today’s platform monopolies. Barcelona, with the DECODE project, is making impressive efforts to rethink the smart city from a citizen-led perspective.

In 2007, a momentous event occurred: for the first time in human history, more than 50 % of the world’s population lived in an urban space.[1] Cities have become the primary environment of human existence, as rural-to-urban migration gathers pace across the world. Alongside this trend is the arrival of a new and increasingly dominant business model: the platform. Whereas the first decade of the new millennium was filled with hopes around the opportunities offered by Web 2.0 and its new relationship to users, the subsequent years have seen these dreams of an open internet become increasingly enclosed within privatised platforms.

These platforms are a new business model based upon intermediation – bringing together different groups of people and enabling them to interact in various ways. Facebook, for instance, brings together users, advertisers, developers, and companies who can all use the platform to build profiles, ads, apps, and pages, and interact with each other in innumerable ways. Likewise, Uber’s platform connects together riders and drivers. What is significant about these business models is that in positioning themselves between different groups, they take up a privileged spot to record and extract data on the behaviours of these groups. Everything that occurs on the platform is subject to extraction, and in an economy increasingly driven by data, this position offers a major competitive advantage. Yet to stay ahead, these companies must extract ever more data. And since they are never sure what data might become important in the future, their ambitions to vacuum up data know few limits. This insatiable drive for more data is core to these businesses and central to understanding their actions.

In recent years, the trends towards greater urbanisation and more expansive platforms have combined together. Platforms have, for some time now, been operating a variety of urban services – mapping apps, ride-sharing, bike-sharing, and logistics systems, to name just a few. Tech companies are now starting to make deals to use cities as testing grounds for their self-driving car programs. Uber has, for instance, made deals with Arizona and Pittsburgh to operate self-driving cars, while Baidu has established agreements to experiment in Beijing with the new technology. In addition, surveillance systems based on machine learning are now being deployed across the world. Most recently, Google’s Sidewalk Labs has partnered with the city of Toronto to experiment in redesigning prime waterfront property in the mould of a smart city. All of these experiments are the opening gambits in the platform turf war over urban futures.[2]

As the most ambitious and well-known project, the Toronto and Sidewalk Labs partnership is the most illuminating about the ultimate strategy involved in these projects. Google’s proposed revival of the waterfront area includes streets purpose-built for driverless vehicles, connectivity built-in from the ground up, a thermal grid, modular housing, and a whole series of data-driven services.[3] The underlying ambition here is, as Evgeny Morozov notes, nothing less than companies like Google becoming the digital platform for the rest of the city.[4] Cities are being reimagined, quite literally, as an extension of the data extraction apparatus of the larger platforms.[5] The aim here is to position themselves within the urban landscape in a way that allows them to siphon up data from the rhythms and flows of everyday life. Local concerns about the nature and extent of this data extraction have faced mostly reticence from the project as well.[6]

[2] We might also add here Amazon’s pitting of cities against each other in local government’s desperate attempts to land Amazon’s second headquarters, or look to the entirely new cities in China being built from the ground up to be ‘smart’.

[4] Morozov, “Google’s Plan to Revolutionise Cities Is a Takeover in All but Name.”

The race for world domination

“Any company that hopes to compete in AI today needs access to as much data as possible. It is a cut-throat race to become the dominant AI company in the world.”

The benefits for Google as a data-centric (and now explicitly AI-first) company are obvious. Since contemporary machine learning requires huge amounts of data – and, in fact, improves the more data there are available – any company that hopes to compete in AI today needs access to as much data as possible. More data will enable Google to build new services and products, improve existing services, and train their algorithms in ways that beat out their competitors. It is a cut-throat race to become the dominant AI company in the world.

Crucially, there is also a geopolitical imperative here, as Chinese platforms have a significant competitive advantage over their American counterparts. Whereas American platforms have been built off of internet-based services and have expanded out from there, Chinese platforms have a much deeper and earlier integration with offline interactions.[1] In China, for instance, mobile payments are nearly ubiquitous and have a much further adoption rate than in America or Europe. The result is that everyday financial transactions are collected by platforms like Alipay and Ten Pay in ways that Apple Pay and Android Pay can only dream of. Likewise, so-called super-apps like WeChat connect together mobile payments, restaurant reservations, doctor’s appointments, food delivery, bike-sharing, and so on all into a single app – giving companies like Tencent unparalleled access to the offline lives of Chinese citizens. By contrast, American platforms lack the depth and expanse of these sorts of insights. The digitisation of offline services is only starting in the Western world, and adoption is slow in many cases. Instead, Western platforms are reliant on social media or online search engines to gather together profiles of users. The platformisation of the city promises to change all this, embedding the same extractive apparatus found in online platforms into the urban fabric.

But there is a third reason, beyond data extraction and geopolitical competition, for today’s platforms to be seeking entry into the infrastructure of the city. This is that the infrastructure of the city offers major new opportunities for profit and power. While companies like Google and Facebook seem all-powerful today, the truth of the matter is that they rely upon the advertising industry (Google owed 86 % and Facebook 99 % of its total revenues to advertising in Q3 2018),[2] and the advertising industry is relatively small in comparison to the rest of the global economy. By contrast, the real estate and energy infrastructure of the city offer immense new industries for platform companies to become involved in.[3] If Google can make a cash grab from these industries and their existing major players, then Google’s fragile dependency on the whims of a small advertising market can start to disappear.

The end result of all this is an urban space that is not designed by and for the people, but instead designed by and for the data and profit interests of today’s platform monopolies. As Jamie Powell asks, “Is the spatial planning meeting the needs of a diverse population or to harvest the best behavioural information?”[4] Far from being a bottom-up enablement of freedom, this is a platform-led (and government-facilitated) hunt to turn city dwellers into data factories.

What is the alternative? One solution might be to simply reject using digital technology and big data altogether. Rather than transforming cities with the latest technology, we could stick with simpler and more traditional approaches. This solution has the virtue of providing a simple answer: reject the technology entirely. But it also entails giving up on the opportunities afforded by these new technologies. We should not let platform capitalism monopolise our imaginaries on how technology can be used. It need not solely be used for capital accumulation and data extractivism.

[3] Healthcare is the other major industry that platforms like Google, Amazon, and Microsoft are entering into. Amazon has also been eager to get a chunk of the large government procurement contracts for military purposes, such as providing the Central Intelligence Agency (CIA) with cloud computing and providing Immigration and Customs Enforcement (ICE) with surveillance tools.

Barcelona presents a different alternative, with the efforts by the DECODE project to rethink the smart city from a citizen-led perspective. Here we see impressive efforts to give people say over their data, but also to build projects that impact and benefit their everyday lives in significant ways. There is undoubtedly a lot to learn from this experiment. But there is also an intriguing, if somewhat more traditional, model emanating from the British city of Preston and its harking back to the ideals of municipal socialism. It might be profitable to conceive the two together – Barcelona and Preston – for thinking what a smart city for the people and oriented towards larger structural change might look like.

At the heart of the Preston model is the idea of community wealth building – aiming to use and develop local resources rather than relying on large monopolies like Google. Crucial here is procurement from government and ‘anchor institutions’, i.e. those large local institutions which are unlikely to leave the city (hospitals, universities, museums and other cultural centres, and so on).[1] The initial step of the Preston model is to get these institutions to devote a greater proportion of their procurement to local providers. In this way, rather than money going to line Larry Page or Sergey Brin’s pockets, the purchasing power of these institutions can be used to help develop local alternatives. The city of Preston has used such a model to revitalise itself (becoming the most improved city in Britain in the process),[2] but its focus has been on quite traditional businesses so far. It is easy, however, to imagine a smart city version of this process, led by inhabitants of the city, and being used to develop alternatives to Google’s data extractivist vision of the smart city. This could enable the providers of smart city services to scale up much more rapidly and to move beyond piece-meal projects.

The risk in all of this is fetishising the local (and some of the community wealth building literature does this, invoking the local community as an unproblematic virtue) – a stance which effectively attempts to build an enclave from global capitalism, while effacing or denying its own constitutive links with the outside.[3] This is why any municipal-level project needs to also aim beyond the local – to the regional, state, and international (and not necessarily in that order). The improvements made locally need to be used not just as an end in themselves, but also as stepping stones to a change in consciousness and eventually a broader social and economic change. This means building connections with like-minded cities around the world, sharing resources, creating digital commons, and strategizing against the takeover by platform monopolies. If more than half of the world now lives in cities, they have become a crucial leverage point of power, and a space from which to build a better world. Barcelona and Preston offer essential lessons for how we might begin.

[1] Hanna, Guinan, and Bilsborough, “The ‘Preston Model’ and the Modern Politics of Municipal Socialism.”

[2] Partington, “Preston Named as Most Improved City in UK.”

[3] Srnicek and Williams, Inventing the Future: Postcapitalism and a World Without Work.

GoogleTechTalks. Sidewalk Labs: Reimagining the City as a Digital Platform.

Morozov, Evgeny. “Google’s Plan to Revolutionise Cities Is a Takeover in All but Name", The Observer, 21st october 2017, Sec. Technology.

Nick Srnicek, born 1982 in Canada, is a Lecturer in Digital Economy at King’s College London.