“Retro-progressivism” and in praise of technocracy 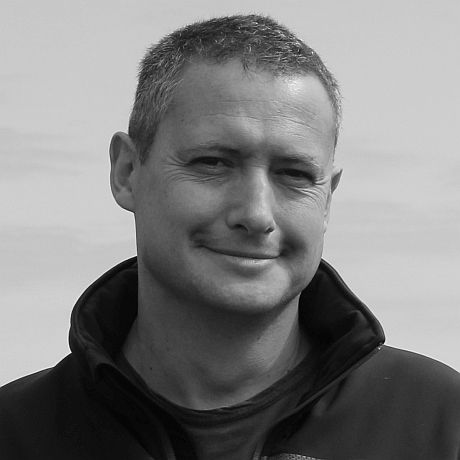 Barcelona pròxima, besides bestowing high praise on technocracy, is an urban planning manual, an intellectual biography, a compendium of urban history, a philosophical essay and a journalistic report. Ulied’s book is one of those works that more than one publishing house will regret not having in their catalogue when it becomes a work of reference.

In El gran novel·loide sobre Barcelona [The Great Noveloid About Barcelona] that adds an updated epilogue in the republication of La ciutat interrompuda [The Disrupted City], Julià Guillamon claims that “criticising Barcelona has become a product, promotion and business.” He is not wrong and, for years, one of the offshoots of this phenomenon, associated with the Barcelona brand’s reputation (more than the model), is the proliferation of books of all kinds (and not always of interest) that lay claim to the Catalan capital. It is therefore striking and we must applaud this book that commends rather than criticises the city that urban planning engineer Andreu Ulied has called Barcelona pròxima [The Future Barcelona] and has subtitled Construir, habitar, pensar les ciutats [Building, Living and Thinking Cities], borrowing references from Martin Heidegger and Richard Sennett. It is a municipal commission and publication that more than one publishing house will regret not having in their catalogue when it becomes a work of reference. Because this is precisely what Ulied’s book shall be, as well as an urban planning manual, an intellectual and generational biography, a compendium of urban history, a philosophical essay and well-documented and readable journalistic article.

Barcelona pròxima can be read as a symbol or reference point of certain cultural hegemony in the city of today.

It is clear that Barcelona pròxima is an important book. Despite not having the claims or the aura of a renowned author, it should perhaps be placed at the level of Barcelones, penned by Manuel Vázquez Montalbán, a recently republished work, almost in parallel, by the very City Hall that commissioned the book discussed herein. Both similarities and differences can be found: Vázquez Montalbán wins on the graphic, poetic, journalistic and historical narrative fronts; Ulied takes the lead in the realms of philosophy, technology, knowledge of local administration and comparative urbanism. But what justifies this unintentional mirror effect is that Barcelona pròxima – which barely mentions Vázquez Montalbán in passing and equally fails to mention names, key players and scenes in Barcelones, such as Josep Maria Huertas, Paco Candel, residents’ associations or many neighbourhoods – can ultimately be read as a symbol or reference point of certain cultural hegemony in the city of today.

It was perhaps unintended by the author or even the publishers, but Ulied’s story acts like an up-to-date negative of the pre-Olympic Barcelona that Vázquez Montalbán portrayed and, at the same time, as the other side of legal tender, in certain intellectual arenas, coined by the works of the anthropologist Manuel Delgado and Ciutat Princesa [Princess City] by the philosopher Marina Garcés. Incidentally, she is widely referenced in Barcelona pròxima (almost as much as the architect Vicente Guallart) and helps the author to wrap up the work asserting “the mindset of active resistance adopted by communities and social movements” and Heidegger’s poetic reasoning. The climax that stresses the concept of retro-progressivism (postulated by Heidegger, like Ildefons Cerdà advocated the ruralisation of cities) that permeates the whole work and seeks to disguise (with the reference to emerging social movements that are so scarce like residents’ associations) the high praise of technocracy that is the whole book.

“According to Hannah Arendt, disciple of Heidegger, and his lover for a while, the endeavour to make architects and engineers think critically was impossible”, recalls Ulied. But he manages to do so pretty well, expanding the scope of the critical mind to other professions and collectives and completing the Heidegger-Arendt equation with Cerdà and Sennett (and, in passing, a little Saskia Sassen). Ulied, who works as a consultant around the world, was born in Sant Andreu, lives in Vila Olímpica and has written the book from his family home in Sant Miquel de Balenyà, from where he himself is the Town Planning Councillor for ERC [the Republican Left of Catalonia]. In Barcelona pròxima he does the entire exercise from his admitted admiration for “the utopian engineer and the pragmatic politician” Cerdà was. And above all, even though he hides behind ambiguities and accepts or poses strong contradictions, he writes in praise of the city... and the technocracy of the Francoist mayor José María de Porcioles and the urban planning engineer Albert Serratosa.

Serratosa and Porcioles are the veritable key players in the book, while Pasqual Maragall, Oriol Bohigas, Jordi Borja, Manuel Castells, Oriol Nel·lo, Joan Roca, Josep Maria Montaner or the deceased Joan Antoni Solans play an exclusive secondary role who have also built, lived and thought the city. Perhaps now some of them, or somebody else, will want to rethink it again and, in favour of another cultural hegemony, contradict Ulied as “Arendt contradicts Heidegger, and Sennet contradicts her”. Not even to try to understand and make the paradox understood (more brutalist than retro-progressivist), from Barcelona to the world, that Ulied starkly creates (and does not wrap up), when he sets young Younes, from Ripoll, who perpetrated the attack on Barcelona’s Rambles, in August 2017, against Mohamed Atta who had studied architecture, engineering and urban planning and, in September 2001, crashed an airplane into New York’s Twin Towers.