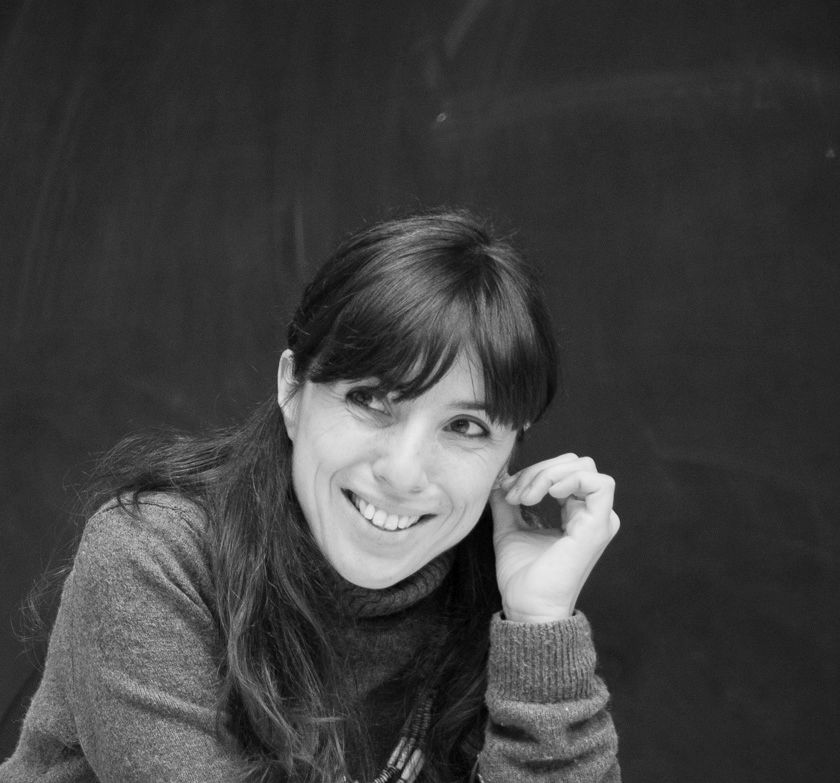 Alba Gómez Gabriel is a journalist. 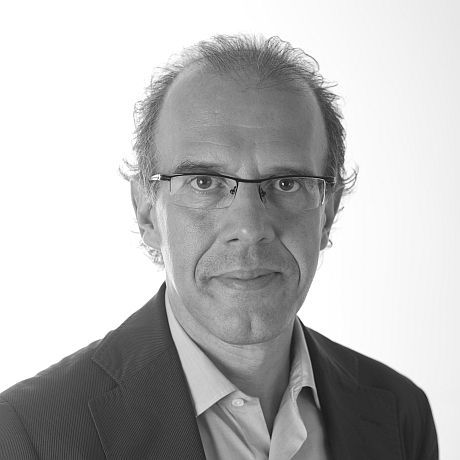 Ricard Gomà is a lecturer in the UAB’s Department of Political Science and Public Law and the director of the Barcelona Institute of Regional and Metropolitan Studies.

Most of the world’s population is urban, and cities are where all the tensions and challenges of the 21st century are expressed today. With a new municipalism, we can lay claim to the right to the city and redraw the geography of world governance, with cities and local authorities as political alternatives to global markets. We must move forward with political and collective determination towards a scenario in which Barcelona can undertake the metropolitan construction of the right to the city.

From the right to the city...

There was no beach sand under the cobblestones of the Paris Spring, but there were seeds of freedom. And the right to the city. It was 1968, and Henri Lefebvre had published Le Droit à la ville (“The right to the city”), in which he proposed seeking the keys to a better future in everyday life and in local spaces. His idea involved using urban relationships to map the transformation of streets and squares. Years later, at the turn of the millennium, new maps of revolt were unleashed: social movements politicised globalisation and cities emerged as spaces of solidarity. David Harvey published Spaces of Hope, a call to draw urban geographies of hope, to build dreams at the edge of the neighbourhood. Today, the right to the city is back with renewed strength under three very powerful global concepts: the urban age, the importance of space to processes of change of time and the new municipalism.

Industrial society took shape in a world of states; the new era in which we live is urban. After the great recession, the cities became established as key spaces in configuring the liquid society and the digital economy. At the United Nations Habitat III Conference (Quito, 2016), it was revealed that most of the world population is urban. In 2019, cities express all the tensions and challenges of the 21st century: they are as vulnerable to speculation as they are innovative and cooperative, as laden with social shortcomings as they are bustling with communal energy and they are responsible for climate change and serve as models for the most advanced ecological transitions at the same time. Today, the hegemony of the urban phenomenon has become tangible: cities are now the epicentre of everyday life, the place where the struggle between fear and hope is organised.

As we usher in this new urban era, we note a clear spatial dimension. The rules of sociocultural change are shaping a scenario of vital complexity and uncertainty (in the realms of family, emotional relationships, work and residence), that helps to strengthen the local dimension of the welfare state (reception, organisation of care, life cycles, etc.). Moreover, the rules of socioeconomic change also place the financialisation of housing at the core of the accumulation and outline a real estate bubble scenario with the risk of exclusion from housing, gentrification and residential segregation that calls for strengthening the urban agenda of the welfare state (social housing and rent control, regulation of tourist use, district improvement with tools for district advocacy, etc.). As a daily community dimension of all basic rights, the right to the city gains strength as a space for rebuilding civic values for the 21st century.

The change of era creates the conditions for a social model that is less hierarchical in its policies and more municipalist in its architecture: municipalism as the institutional dimension of the new spatiality. We live in a time when politics is experiencing problems in processing change; new rules of regression are appearing, as are state scenes of authoritarian withdrawal. Yet in the progressive sphere, the municipalist alternative is also emerging, with locally active authorities, interacting with social innovation practices and urban movements, as areas of collective empowerment, democratic expansion and institutional recovery. Prominent in this regard are global networks (UCLG, Eurocities, C-40, Sharing Cities, Cities for Housing, etc.), in which cities bring together municipalist lessons and agendas that address structural issues (inequality, migration and human rights, climate change and more). Municipalism resketches the geography of world governance: cities and local authorities are beginning to become political actors that express alternatives to global markets and state borders. Cities of the 21st century as cohesive projects for structuring links with differences; the new municipalism as a humanitarian project, where we can both create community and accommodate, and the possible meeting places between openness and protection, where we can build equity and acknowledge identities.

The metropolis is the scene of the struggle between habitability and speculation, between social-spatial justice and gentrification,between fear and hope is organised.

... to the right to the metropolis

Most of the population of the planet lives in cities, and most of the urban population lives in metropolises, in rapidly expanding polycentric human settlements with over one million inhabitants. Therefore, building the right to the city cannot fail to involve processes on a metropolitan scale. Today, this sphere is the scene of the struggle between habitability and speculation, between social-spatial justice and gentrification, between economic exclusion and cooperative forms of production and consumption, between climate change and respect for the planet’s environmental limits (sustainable mobility, zero emissions, urban agro-ecology, etc.). In the 21st century, the right to the city is also the right to the metropolis.

There is, as we have seen, a process of strengthening local authorities, of municipalist construction of the right to the city. However, unlike municipalities, metropolitan areas still show key shortcomings in their government capacities, as well as great fragility in their institutional architecture. We are faced with a paradox: we are living in the age of the metropolis, and yet metropolises suffer from agenda-related and democratic issues that are difficult to explain. Since many of the future challenges are expressed today on the metropolitan scale, it seems sensible to define a broad agenda of response policies. It is also clear that this agenda is not now, nor will it be, a range of services provided by technocrats. It is a framework of conflicting values, for building models. It is a political reality, so it should not stand outside the rules of democracy. The challenge is outlined thusly: we ought to shift to a sphere of metropolitan democracy with the political capacity to build the right to the metropolis.

A vibrant metropolitan reality is unfolding in Barcelona. In institutional terms, the path has been complex. After the Corporation was abolished in 1987, a model of agencies (mobility and the environment) and a commonwealth of municipalities were established until Parliament fully restored the institutional framework in 2010. The current Barcelona Metropolitan Area (AMB) is a territorial body with a set of powers where government bodies and majorities are formed via municipal elections (without mechanisms of their own for direct election). In terms of substance, the metropolis has made it through a series of tough crises and now faces new challenges. We have a network of dynamic districts and cities, but with persistent urban fractures and new axes of social vulnerability linked to housing and job insecurity. And we have a metropolitan space with environmental and economic transitional processes underway, but with persistent schemes of unsustainable mobility, private management of common goods (water and energy) and fragile dynamics of technological and cooperative innovation. The metropolis of 2020 is a territory that has overcome the spatial hierarchy scheme between Barcelona and a growing metropolitan core with peripheral attitudes. Today, the AMB is a community of interdependent municipalities that have forged their own city projects and have provided the area with a polycentric structure. It is a dense network of identities and relationships that must be acknowledged and governed.

Today, agreement is growing on the need for a leap forward that involves developing new metropolitan policies of social redistribution, urban justice and ecological change. However, to make it possible, we cannot avoid raising a key issue: the equal need for a new governance scheme that will enable us to build the right to the metropolis. This could involve transitioning from the current AMB towards a model with political capacity that is cooperative and open to participation and direct election. A model structured via the hybridisation of supramunicipal components (broad metropolitan powers) and intermunicipal components (horizontal relations and co-production of policies between municipalities) and based on a strong democratic bond: direct metropolitan elections and tools for civic participation. The democratic dimension can also become a lever for strengthening the metropolitan demos— a self-governing collective subject that generates metropolitan actors—based on district and city identities that must also be preserved and projected towards the future.

In short, we must move forward with political and collective determination towards a scenario in which Barcelona can undertake the metropolitan construction of the right to the city or, couched in other terms, the democratic, cooperative and communal construction of the right to the metropolis. It will not be easy, but there is no excuse for inertia. Metropolitan hopes should be activated and organised in Barcelona, sooner rather than later.

Alba Gómez Gabriel is a journalist.

Ricard Gomà is a lecturer in the UAB’s Department of Political Science and Public Law and the director of the Barcelona Institute of Regional and Metropolitan Studies.