The ring roads, yesterday and today 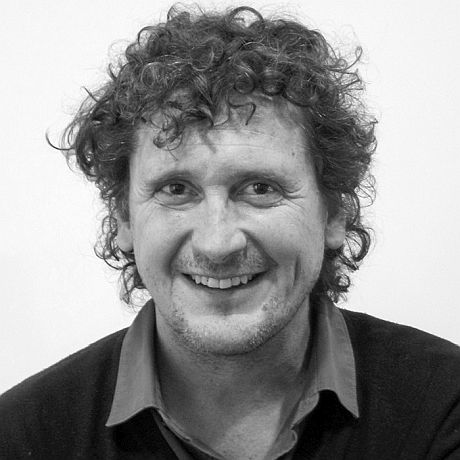 Josep Bohigas has been the director of the Barcelona Regional strategic planning agency since 2016, when he ceased to be co-director of the architecture studio BOPBAA, with which he has carried out the expansion of the Thyssen Museum in Madrid, the Forum homes and the El Molino theater in Barcelona, among others.

From the beginning, the ring roads defined a new urban reality that confirmed Barcelona’s change of scale, its transformation from a city to a metropolis. At the time it seemed that they were the solution to all its problems, but new times demand new adjustments of the relationship we have with private vehicles and call for a new balance with regard to free spaces in the city.

They say that when Pasqual Maragall took his first inaugural trip along the ring roads of Barcelona on 24 April 1992, he asked about the size of a complete turn, and was told that they were about 40 kilometres. “Forty kilometres,” he repeated, shrewdly. “We could use it to run the marathon!” The mayor’s first car ride heralded the beginning of the end of the swiftest and most remarkable process of transformation that the city has ever experienced. And like the marathon in the Olympic Games, the completion of the ring roads represented its greatest heroic feat. It seemed like poetic justice that the two major events (the Olympics and the transformation of the city) coincided in a symbolic synthesis like the Olympic marathon, but I imagine it was too late to change plans, and that running on the motorway, no matter how urban it was, was not attractive enough either for the runners or for the city’s sweeping and monumental image.

In any case, the heroic nature of finishing the ring roads was obvious. They had been built in just four years, although the original idea (and also the one drawn up and the many expropriations) had previously been planned by the Ministry of Public Works under the name Arterial Network (1966), ratified ten years later by the Metropolitan General Plan (1976).

Therefore, it was four years of real building madness that made a mess of the entire city in a race against the clock so they could open before the Olympic Games began.

The ring roads were built on the grounds that they would link the four Olympic areas (Montjuïc, Vila Olímpica, Vall d’Hebron and Diagonal), but went much further, and extended its boundaries between the rivers to define a new urban reality that confirmed the change of scale from city to metropolis. This new territorial dimension brought about a fundamental change in the system of mobility between the nearby municipalities, but also enabled action inside the city, removing pressure from the centre and helping to turn congested thoroughfares that violently entered the city to into peaceful streets.

During the first few years, this ambitious objective was widely achieved with spectacular effects, such as the reduction of lanes in Carrer d’Aragó and Avinguda Meridiana, the liberation of heavy vehicle traffic in the centre, the creation of road links between the peripheral districts and the city’s lofty openness to the sea. Therefore, it seemed that the ring roads were the solution to all its problems...

But time goes by, as it did for the ring roads. After 25 years of fulfilling the function of an ingenious arterial roadway that surrounds, penetrates and connects areas, the ring roads are at the forefront of a new development, stemming from their own time-lag and the new mobility, environmental and health-related challenges that demand new adjustments of the relationship we have with private vehicles and call for a new balance with regard to free spaces in the city.

Though they are a reality in many Western cities, ring roads are now being questioned by the paradigm shift on mobility and the border effect of the area.

Though they are a reality in many Western cities, beltways, périphériques, circumferential loops and ring roads are now being questioned by the unavoidable paradigm shift on mobility and the border effect of the area. With time, the reason why they were designed has weakened due to their saturated capacity, which has ended up generating more traffic than the city can absorb. This perverse fact that we cannot solve the problem of congestion, nor the subsequent problem of pollution, but quite the opposite, is joined by the disconcerting reality that they were designed and built without really considering either public transport or many of the needs of the land they cross. From this perspective, urban motorways are being rethought everywhere based on ​​a new idea of socio-spatial justice in which the days of the great protagonist of the past, the private vehicle as we know it today, are numbered.

The first effects of this supposed “demise” of the private vehicle are starting to become reality, at least with regard to the ideological, cultural, economic and even regulatory positions that are beginning to block the way to many parts of the city. Health, the depletion of fuel and the promises of resilient digital technologies are just a few of the new paradigms that can definitively change the way we will move around in metropolises and, consequently, how we will relate to urban motorways such as ring roads.

The ring roads of Barcelona are one unique piece of infrastructure, but they have two names Ronda del Litoral and Ronda de Dalt, four geographical references (Mar [Sea], Besòs, Muntanya [Mountain] and Llobregat), six different stretches, eight typical sections... and n interactions with an area that welcomes it with varied levels of intensity and commitment. Thus, we cannot talk about a ring road, but a multifaceted and diverse space: with stretches more urban than others, some that are more like connectors and others that are more like a border, with more polluted areas and more green areas.

Territory: four strategies and an axis that unites (but not always)

The ring roads are infrastructure, but they are also a territory where 310,000 people live in 57 districts belonging to six different municipalities. These districts and landscapes are affected by the awkward passage of this imposing work of engineering. In some cases, the impact on the districts has been resolved with delicate urban design projects that have carefully covered the land where it penetrates. In others, however, the opposite has been the case and undefined or poorly resolved spaces have been generated, creating an urban wound that unfortunately divides, fragments and isolates parts of the city and establishes dubious relationships with the surrounding geography.

Territori Rondes is the area surrounding the infrastructure throughout its path. It is a space that has undergone permanent transformations since the Olympic Games and in recent years has been subjected to a new review.

The Barcelona Regional agency has created four major strategies (the Besòs Agenda, the Coastal Plan, the Llobregat Delta Strategy and Mountain Districts – Collserola) that bring together over 500 projects of various scales and depths, of which the ring roads form the backbone. These four major strategies raised the need to understand the complex section of the ring roads as the “main street” of the nearby metropolis, and not so much as the urban motorway that it is now.

We need to understand the complex section of the ring roads as the “main street” of the nearby metropolis, and not so much as the urban motorway that it is now.

Each of these major plans addresses persistent problems and new opportunities that the metropolis requires. The over 170 projects, policies and actions that make up the Besòs Agenda seek to blur the border effect of the ring roads and the river, a circumstance that, combined with the growing inequalities, fragments the territory socially and physically. The Mountain Districts – Collserola strategy aims to reconcile the protection of Collserola Natural Park with the enormous pressure exerted by the city that uses it and occupies it, actively making the Ronda de Dalt ring road part of the functional and ecological transition between park and city.

In the Llobregat Delta Strategy, the ring road is the main thoroughfare for goods and people to access the port, the airport, the Zona Franca industrial estate and the new district of La Marina del Prat Vermell. The strategy brings together over 30 projects to strengthen and coordinate the dynamics of the most important economic area in the country, which is environmentally very fragile, with a river, an agricultural park and a coastline under constant pressure from major economic actors.

Finally, the Coastal Plan (with the ring road that forms the boundary between the city and the sea) addresses the enormous contradictions of an emblematic area. Moreover, after symbolising the city’s most significant transformation during the Olympics, this area has lost part of its original identity due to the gradual decline in how the people relate to it effectively and emotionally.

Future scenarios or “on to the next round”

We have to take the opportunity to rethink the belt roads, designed to cross “peripheral” districts with a private vehicle, without creating much more in the way of noise, pollution or barriers between districts. Like ring roads, urban motorways may not vanish, but they will be adapted to accommodate shared mobility systems (tramways?) and will become new metropolitan thoroughfares where daily urban life becomes present. The habitability of the territory and better streamlining between districts will be enhanced, while its harshness will be mitigated, pacifying (at 50 km/h?) and repopulating it to better integrate the city and people... The hostile spaces through which the ring road passes today, such as La Marina del Prat Vermell, El Morrot, El Moll de la Fusta, the edges of the right bank of the Besòs River and Vall d’Hebron, can no longer accept a boundary that is so poorly resolved and so insurmountable. Solving it must be a metropolitan priority, but we cannot continue thinking that to solve it, we will sink the entire municipal budget by covering and hiding the private vehicle with a layer of green. Let’s uncover the ring roads!

Fed up with living next to the ring roads, neighbours will not stop demanding their complete coverage, burying thousands of electric and autonomous vehicles moving along them at full speed. A built piece of infrastructure that will capitalise on public land that we have given exclusively to private vehicles and that can be occupied with new inhabited spaces. A first quick calculation ensures that there would be more than 100,000 new homes, which would help us to guarantee the need and to cover with the city the ulcer that separates territories. A scenario that proposes to avoid and inhabit the ring roads, resolving the two most pressing issues of Barcelona today: the pernicious effects of private vehicles and the lack of public housing. Two in one.

Perhaps neither of these scenarios will come to pass, or maybe both will simultaneously, because, as we have said, there is no ring road on which to project a single infallible solution. The problem is on the table, and the possibilities must be accurately adjusted and drawn (yes, drawn!) with deep knowledge of each district, each technical specificity and, above all, the needs of residents who live and demand updated ring roads, either because they suffer from them in their districts, or because they use them daily to cross the city, a city that is already a metropolis.

Josep Bohigas has been the director of the Barcelona Regional strategic planning agency since 2016, when he ceased to be co-director of the architecture studio BOPBAA, with which he has carried out the expansion of the Thyssen Museum in Madrid, the Forum homes and the El Molino theater in Barcelona, among others.