In search of a metropolitan ‘demos’ 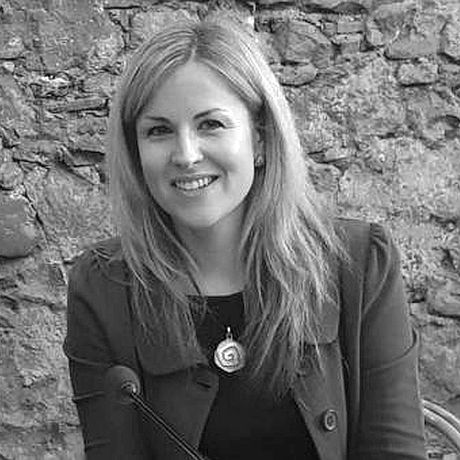 Eva García Chueca is the scientific coordinator of the CIDOB Global Cities Programme and a researcher at the University of Coimbra’s Centre for Social Studies.

Far from everyday use, the current consumption of urban space is eliminating the political functions and collective identity functions traditionals in public space. The goal of building a demos on a metropolitan scale would force us to rethink the current urban model and to develop social, cultural, urban, economic and housing policies enabling us to re-establish the city as a relational space.

Urban development is currently expressed on a metropolitan scale through urban areas where millions of people live. Therefore, it is not surprising that more and more urban experts and scholars are emphasising the need to make the metropolitan issue a main topic of political discussion. The terms structuring this discussion are often those of metropolitan governance. It may be a necessary condition, but in no case is it sufficient: it would be good for us to shift our gaze to the political dimension and consider the challenge of enhancing democracy in the metropolitan area as well. And we should do so both inside and outside the metropolis, meaning on the global scene.

Ten years ago, José Antonio Estévez Araújo published an article with the eloquent title “Que no te den gobernanza por democracia”[1] (“Don’t let them give you governance instead of democracy”), in which he said that the term governance has become globally ubiquitous in both political discussions and the social sciences since the mid-1990s, and is often used as synonymous with democracy. Governance, the author says, is in fact a formula of relational government that shares historical roots with deregulation and privatisation processes that originated in the mid-1980s and that have legitimised the entry of interest groups into spaces where institutional policy decisions are made.

In order to promote governance, arguments were made for the participation of civil society, but it clearly has much less capacity for political influence than interest groups do. Relationships of power in society (and the social and political silence favouring them) are not only reproduced within the framework of governance, but are also strengthened as a result of having legitimised the incorporation of interest groups in political decision-making processes.

These are the dangers that must be taken into account when we transfer this formula of government to the metropolitan area. Should we start a discussion about metropolitan governance just for the sake of it, or a conversation about the need to entrench democracy in the metropolitan government? We ask not to receive a yes or no answer, but rather to raise the need to characterise governance (what exactly are we talking about?) and to dust off democracy. Multi-level governance, for example, responds to the need to increase and improve the coordination of spheres of different levels operating in the same metropolitan area. Even multi-actor governance can be an interesting tool for conversing with the many different actors in the area (universities, the financial sector, professionals, etc.).

And yet the path towards this metropolitan democracy is not clear of obstacles. This is not only true from the point of view of institutional design, but also with regard to the material basis of democratic legitimacy: is a “metropolitan demos” (Gomà, 2018)[2] possible in today’s postmodern city?

In the late 1980s, when speculative urban development became the main mechanism of capitalist accumulation, the foundations of a diffuse, metropolitan and fragmented city model were established: the postmodern city. The extension of previous urban development had been territorially delimited and the resulting city form was clearly identifiable, bounded by a landscape free of urban development. And yet today, the postmodern city has multiplied on a multi-scalar space, combining classic urban cores with huge swathes of urban sprawl making it increasingly difficult to discern where the city begins and where it ends. Metropolitan urban areas are often scattered discontinuously, connected by transport infrastructure, and make up an intermittent landscape between urbanised and non-urbanised sections.

The postmodern city is expressed on is defined by some as a non-place because it consists of urban enclaves closed in on themselves and devoid of common public spaces.

Paradoxically, the discontinuity in space is combined with continuity in time: the city is dissolved, but its pieces are scattered across a vast territory that creates the feeling that it goes on forever. These urban patches are often low-density residential environments. Clones of each other, they form endless sequences of homes, transport infrastructure, gas stations and shops (Muñoz, 2010).[1]

The postmodern city is expressed on a metropolitan scale and is defined by some as a non-place (Augé, 1992)[2] because it consists of urban enclaves closed in on themselves and devoid of common public spaces. Thus, the postmodern urban phenomenon configures non-cities¾urban spaces where the streets cease to be places of interaction and become mere material supports for functional use: parking, mobility or separating spaces.

The search for a metropolitan demos is going to affect global agendas, calling for polycentric democracy as an urban model.

While new urban forms are built without public spaces, those that already exist are empty of content. Urban centres, for example, are no longer inhabited by their former residents and become theme parks for tourist consumption. Or they become centres of mass consumption, but sporadic ones, linked to purely professional, commercial, leisure or transitory uses. This consumption of urban space, replacing its daily use, eliminates the political functions and the functions of collective meaning and identity that have traditionally been carried out in public spaces and the city in a broad sense. This is one of the great losses resulting from the shift from the modern city to the postmodern city.

In this context, building a demos on a metropolitan scale becomes a difficult task that forces us to rethink the current urban model and to develop social, cultural, urban, economic and housing policies enabling us to recover the city as a relational space. We must also be able to bestow metropolises with different centralities so that the urbs (the material city) also becomes a polis and civitas, meaning that it also becomes a space for the political and social construction of civic values.

Global agendas: a window of opportunity?

The New Urban Agenda (NUA), adopted in Quito in 2016 as part of the United Nations World Habitat III Conference, echoes the metropolitan debate and identifies some key issues for which we must guarantee policy management on the metropolitan scale: transport, urban infrastructure, mobility and the relationship with peri-urban and rural environments.

As a road map on urban matters for the years to come, it is worrying that the text does not refer to democracy or any of its derivatives at any time. Instead, it repeatedly mentions governance in relation to government of the territories. Local and metropolitan authorities, which played an important role during the NUA negotiating process, pursue a greater political voice, both within states and with regard to multilateral organisations. Their main argument is that they are the sphere of government closest to the people and therefore the best able to represent their needs. Therefore, they use local democracy as a central part of their demands.

These demands must not only serve to gain a seat at the “global table”, but also to articulate the messages advocated by local authorities and the networks representing them on global agendas, especially those related to cities. And they do so without creating new hierarchies between cities (metropolitan cities versus periphery cities). The search for a metropolitan demos is going to affect global agendas, calling for polycentric democracy as an urban model and the need to ensure the material and political equality of the metropolises’ different parts, whether they are the centres or the peripheries.

Eva García Chueca is the scientific coordinator of the CIDOB Global Cities Programme and a researcher at the University of Coimbra’s Centre for Social Studies.