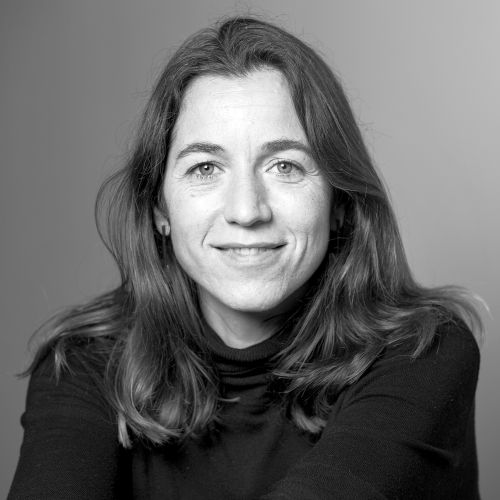 PhD in Sociology, associate professor at the Universitat Autònoma de Barcelona and researcher at the ICREA [Catalan Institution for Research and Advanced Studies] Academy (2021-26). She runs the ISOR research group, which specialises in the Sociology of Religion and Culture.

Religion is declining while spirituality is growing. The social sciences had not foreseen this phenomenon but it is reflected in the polls: 48.1% of the adult population identifies as a “spiritual person” without being tied to a religious tradition, simply as a form of transcendental subjectivity separate from classical institutional structures. The momentum gained by spirituality has been unexpected.

The social sciences had not foreseen this drift. The theory of secularisation predicted that modernity inevitably and irreversibly implied the end of religion; it was claimed that the failure of traditional religious denominations would lead to a rise in atheism. The momentum that spirituality has gained as a movement, and as a category of identification, has been somewhat unexpected. Moreover, decades ago, it was almost inconceivable to think of spirituality outside of religious traditions, since spirituality and religion were two sides of the same coin. Spirituality was recognised as belonging to, or developing within, a religious tradition. But not today. Or not always.

Spiritual but not religious?

According to the Baròmetre sobre la religiositat i la gestió de la seva diversitat [Barometer on Religion and on the Management of its Diversity] (Generalitat Government of Catalonia, 2020), 48.1% of the adult population identifies as a “spiritual person”. A slightly more accurate analysis of this matter reveals a number of interesting points, such as the fact that a majority identifies as spiritual but not religious (59.4%). Considering oneself spiritual, therefore, does not always imply a link to a religious tradition, but emerges as a form of transcendental subjectivity removed from classical institutional structures. That said, on the other hand, there is a significant percentage of the population who continue to declare themselves religious and spiritual at the same time, and who do not consider the two things to be incompatible. It is spirituality that is nurtured in relationships, and in communion, with belonging to a religious tradition.

[1] Baròmetre sobre la religiositat i la gestió de la seva diversitat [Barometer on Religion and on the Management of its Diversity] (2020).

[2] Findings from the survey on spirituality and religion conducted by the Pew Research Centre in the United States.

Some understand spirituality as religion in its purest form, without the tainting of institutions that reproduces the flaws and evils of a corrupt society.

Examining those who define themselves as “non-spiritual”, it becomes clear that the group is not homogeneous either. Those who claim they are neither spiritual nor religious correspond to 33.6%, and these people meet the profile that best fits the label of atheism, which is growing slowly but steadily. Meanwhile, however, 13.8% of the population claim that they do not consider themselves spiritual but religious yes. At first glance, this might seem paradoxical. Can we be religious without being spiritual? Can we belong to a religious denomination without practising spirituality? There are more and more people in our society who think so, and this constitutes a growing trend in Europe. There is talk of processes of culturalisation of religion, where the link with religiosity is built through identification with the cultural community, with its history, and not so much with spirituality or religious orthodoxy. The French sociologist Hérvieu-Léger coined the concept of “belonging without believing” to characterise this phenomenon, that of people who call themselves Christians, Muslims or Jews, but who rarely set foot in a religious temple or observe religious precepts.

What are we talking about when we talk about spirituality?

In the midst of this transformation, it is difficult to see exactly what we mean by spirituality. The question is not trivial, nor can it be answered easily.

There are those who understand spirituality as the “good” side of religion, what remains of it after the wreck; religion stripped of the institution, of dogmas, of hierarchies. Religion in its purest form, without the tainting of institutions that reproduces the flaws and evils of a corrupt society. This definition may be attractive at first glance and gives us pointers on how to think about spirituality, but sociologically it is inconsistent. Spirituality is the daughter of its time, not a “pure” form that develops outside the economic, social, cultural and political context in which it finds itself. Understanding the emergence of spirituality as a category also forces us to understand the historical and social context that has made it possible.

The individual feels legitimised to express their own spiritual narrative and to seek, explore, and choose between different forms, and diverse ways of seeking transcendence.

A far-reaching historical perspective, such as that developed by the Canadian philosopher Charles Taylor, allows us to trace the origins of the growth of spirituality in contemporary society. In his book A Secular Age (Harvard University Press, 2007), Taylor sets out the process whereby the individual increasingly dissociates themselves from the gods and the need for an external authority. The expansion of science is key in this scenario. Human beings, and no longer God, become the measure of all things. The individual gains autonomy, and the pursuit of transcendence and meaning takes precedence. Truth ceases to be outside the individual and it is the subjective self that becomes the compass of this emerging spirituality. From this macrohistorical perspective, the rise of spirituality is linked to the advent of the secular era and the emergence of the modern autonomous subject.

Another sociologist, Peter Berger, gives us further pointers to understand the phenomenon of spirituality. Berger claims that, in modern times, religious institutions have lost plausibility: we no longer take their existence for granted, nor do we feel obliged to be tied to them. The individual can decide to join a religious community, a denomination, but can also choose not to. And it is in this act, in the possibility of deciding, in the need to decide, where the seed of secularisation lies. It is also in this context that the possibility of a spirituality removed from traditional institutions emerges. The individual feels legitimised to express their own spiritual narrative and to seek, explore, and choose between different forms, and diverse ways of seeking transcendence. The repertoire is wide, and globalisation processes have just emphasised the availability of messages, techniques and spiritual symbols available to all of us.

However, recognising that the individual is gaining autonomy to build their spiritual life, to seek transcendental meaning in their existence, must not make us fall into the mirage of a spirituality free of social, cultural, political or economic influences, and emancipated from all forms of authority. On the contrary, the emergence and rise of spirituality are evolving together with the social, economic, cultural and political transformations taking place in our society.

From counterculture to mindfulness: The role of spirituality in a neoliberal context

British sociologist Linda Woodhead places the beginning of the rise of spirituality removed from traditional religions in the 1970s. She tells us that it is with countercultural movements and Western openness to Eastern religions that spirituality is beginning to gain momentum in Europe and the United States. It is initially a spirituality that is conveyed through small and scattered heterogeneous communities, from alternative therapy centres to hippie communities or pagan spirituality groups. Linda Woodhead calls it “holistic spirituality” in order to underline the vision structured around body, mind and spirit that it generally proclaims. At the outset, it was a form of spirituality that developed on the margins of the official religion and became especially popular in urban areas and among middle-class women. 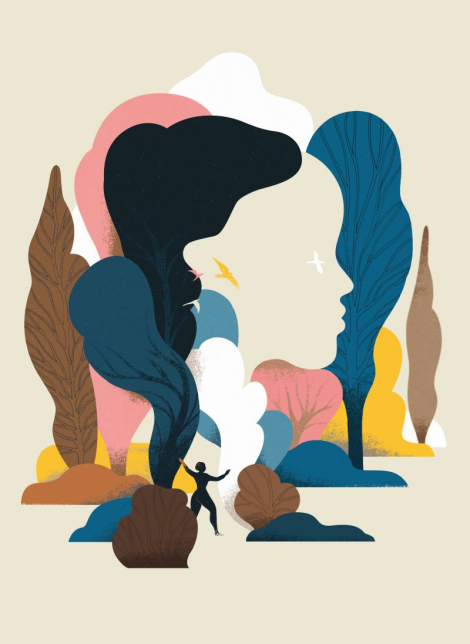 Since the turn of the 21st century, spirituality is losing its countercultural nature and gaining visibility in the public space. Eva Illouz says the growing centrality of emotional health and the demand for personal fulfilment gives impetus to spirituality.

Sociologists Galen Watts and Dick Houtman point out that, despite the heterogeneity of this emerging spirituality, three characteristics can be identified that run through most of its manifestations: a religious ontology of immanence, based on the idea of the sacred as an impersonal and ever-present energy; an epistemology of experience that gives personal experience, the sensory world, precedence in achieving transcendence, and the idea of salvation through contact with the “authentic self”, an inner self that is the depository of an ancestral wisdom. These beliefs are said to be transmitted and engage in dialogue with different philosophical and spiritual traditions, and crystallise in concrete spiritual practices ranging from Reiki to shamanic rituals, Christian meditation, or family constellations, to name just a few.

Since the turn of the 21st century, this spirituality has been achieving new momentum and popularity. It is losing its countercultural nature and gaining visibility in the public space. The rise of what sociologist Eva Illouz calls “therapeutic ethos”, that is, the growing centrality of emotional health and the demand for personal fulfilment, gives it impetus. Spirituality becomes a resource available to the individual to build their identity and to manage uncertainty in the risk society. Self-help literature, yoga retreats, or mindfulness courses are some of the best-known examples of this spirituality in the pursuit of emotional well-being. There are many who consider that this form of spirituality enhances the docile adaptation to an increasingly fierce neoliberalism, and facilitates the construction of subjects willing to resign themselves to the demands of the context. It is certainly true. But it is not inevitable.

German sociologist Hartmut Rosa says that what characterises our society is the acceleration in which we are immersed. An acceleration that is expressed both externally, with the constriction of time in contemporary society, and with an internal dimension, with the internalisation of time pressure. Experiences of transcendence gain relevance, according to Rosa, because they become a way to momentarily stop time, to domesticate the demand for acceleration and to transcend everyday life. Spiritual experiences can be breaks, a full stop, and a way to gain momentum to carry on in what is such a demanding world. But they can also be the beginning of a deeper, longer-lasting, transformation that leaves a mark.

In any event, and beyond the moral verdict we wish to afford this new spirituality, what is undeniable from a sociological point of view is that today we cannot define spirituality in the singular. It is, rather, a plural matrix shaped from different philosophical narratives, spiritual techniques and experiences of transcendence that individuals combine in various ways, depending on their specific needs as well as their cultural and social capital.

PhD in Sociology, associate professor at the Universitat Autònoma de Barcelona and researcher at the ICREA [Catalan Institution for Research and Advanced Studies] Academy (2021-26). She runs the ISOR research group, which specialises in the Sociology of Religion and Culture.