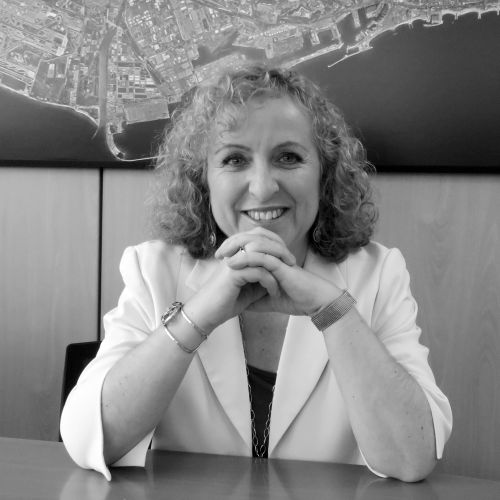 Sara Berbel holds a PhD in Social Psychology from the University of Barcelona, having lectured as an associate professor at the UB and a postgraduate professor. The numerous positions she has held include municipal director at Barcelona City Council since 2019, managing director of Barcelona Activa since 2016 and director of Economic Policy and Local Development at Barcelona City Council. She has also been the president of the BCN Vocational and Education Training Foundation since 2018.

When the pandemic broke out, the municipal government administration became mindful of the complexity of the emergency and took on a two-fold challenge: keep all services running and protect the health of the permanent staff at the same time. In a short time, the government was digitised to facilitate teleworking, and vertical structures were replaced by new forms of governance based on cooperation and empathy, with multi-disciplinary teams close to the citizens.

Being at the helm of a large organisation is no easy feat, especially in the case of a centuries-old government administration such as Barcelona City Council, and the outbreak of a terrifying pandemic like COVID-19. I think it won’t come as a surprise to anyone if I declare that it has been the biggest challenge we have come up against in our lives.

With a workforce of almost 16,000 people, including municipal bodies, the City Council was making slower progress than desired when it came to digitisation. As Nobel Prize-winning behavioural economists Cass Sunstein and Richard Thaler assert, the road was full of sludge. This is the concept they use to denote the series of obstacles related to bureaucracy, administration, logistics and lack of political will that encumber agile and transformative decision-making.

Only 200 people in the total number of staff had remote access to the central systems and the lockdown had to quickly fast-track digitisation. As a result, in just three weeks, over 5,000 people could connect remotely and, in eight weeks, that number had risen to 10,000.

In those days our mantra was, “No one will be left alone”. Because citizens needed us more than ever.

The technological leap was one of the first outcomes triggered by the pandemic, a giant stride in an administration that decided to keep all essential services running even with a high percentage of people on forced lockdown. In those days our mantra was, “No one will be left alone”. Because citizens needed us more than ever: we are public servants and we could not shut services down, but at the same time we had to protect the permanent staff. It was no easy feat.

Meanwhile, the pandemic was advancing and warlike expressions cropped up in many conversations and media outlets. It was a war to be won, and this involved a “command and control” style of leadership that, like an army, lined everyone up battle after battle, with direct and easy-to-understand orders. We eschewed this language and this approach (that we consider obsolete) to dealing with problems.

We decided to work in numerous and multi-disciplinary teams, reducing hierarchies, making a flatter and more cross-cutting organisation. More than thirty teams were put together to build hospital pavilions, programmes for neighbourhoods particularly affected by the pandemic crisis, a nursing home support network, a data office, a taskforce against violence towards women on lockdown, shelters for the homeless, support in death…

Despite our doubts and concerns over whether we were applying the proper methodology, we enjoyed working with flexible and versatile teams who also had vast knowledge of the territory, since districts and neighbourhoods were key in implementing the different programmes and measures.

Transversality, cooperation, shared power and solidarity were the chief values rolled out to manage municipal services during the pandemic.

Fortunately, these structures proved to be highly agile and effective, driven by the tremendous commitment of those involved. In fact, for the first time in our history, we set up the Roster of Municipal Volunteers, to which more than a thousand people signed up in the initial hours. Therefore, transversality, cooperation, shared power and solidarity were the chief values rolled out.

But they were moments of great anguish and we also had to deal with the emotional part, tell ourselves how we were, collectively feel a breath of hope even though there were days that were utterly dark. And we put an intensive communication system in place that allowed us to explain what we were doing, how we felt, and keep our chins up for the future. We intensified internal and external communication, as citizens had the right to share all news with their City Council. 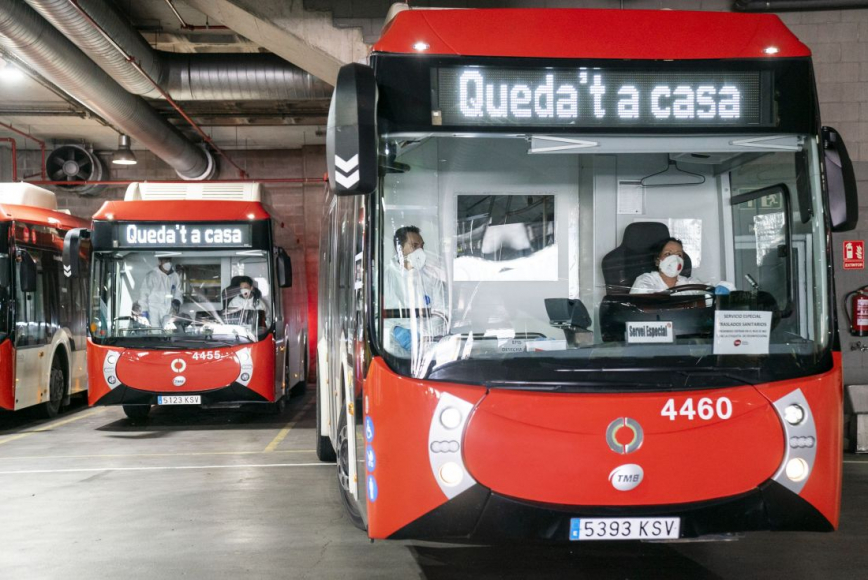 Two buses in the Horta depot with the sign “Queda’t a casa” [Stay at home], ready to transport patients from hospitals to quarantine facilities. © Barcelona City Council / Clara Soler Chopo

We were very much taken aback when, after the first months of the pandemic, the Institute of Regional and Metropolitan Studies of Barcelona provided us with the most recent scientific literature on dealing with complex emergencies. They spoke of emergencies that are not concrete or specific but uncertain, long and widespread, such as the viral pandemic and climate change. And different authors showed that in times of crisis and emergencies particular skills are needed, which differ from classic or traditional skills. They highlighted aspects such as communication, resilience and shared or collective leadership (Ansell, Sørensen and Torfing, 2020; Dirani et al., 2020). They also talked about the need to know the territory, the politics of proximity as a key to deal with these global crises.

They even stressed that vertical structures based on authority and control must be replaced by “empathetic governance” to ensure collaboration, co-creation, and care as an intrinsic part of emergency responses (what we have called the “3 C’s” of the management model).

Based on intuition and need, we had advanced in leadership that is more motivating than authoritarian and based on values and empathy, closer to people.

Thus, based on intuition and need, we had advanced in leadership that is more motivating than authoritarian and based on values and empathy, closer to people. Without realising it, we agreed on the new characteristics that are considered necessary to overcome crises.

However, there were also mistakes and shortcomings throughout this process, and we have also learned from them. With the lockdown, we rushed pell-mell to look for tools so we could carry on working from home, but often the circumstances were not what a sound teleworking strategy requires.

For this reason we had to draw up a specific municipal instruction that incorporated fundamental elements such as breaks and limits on working hours, the obligation to disconnect technology at night and on public holidays to allow rest (as has already been done in France, regulated by law), and an analysis of the physical and psychosocial risks that teleworking may pose, etc., taking into account the greater burden and disadvantage it implied for women, in an attempt to prevent it.

What’s left of all this? Now we need to be able to institutionalise these innovations, especially management and procedural ones. We are implementing a new value-based management model and hope to transform the organisation harmoniously, leaving a terrible pandemic behind.

Sara Berbel holds a PhD in Social Psychology from the University of Barcelona, having lectured as an associate professor at the UB and a postgraduate professor. The numerous positions she has held include municipal director at Barcelona City Council since 2019, managing director of Barcelona Activa since 2016 and director of Economic Policy and Local Development at Barcelona City Council. She has also been the president of the BCN Vocational and Education Training Foundation since 2018.