The ecology of work: a new labour paradigm 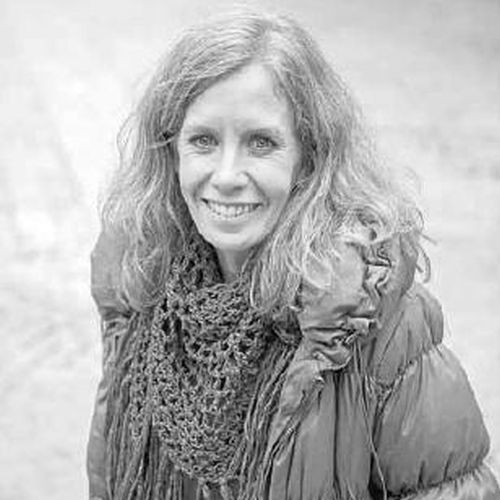 Professor of Labour and Social Security Law at the University of Castilla-La Mancha.

Labour law should pave the way for work to be directed towards the production of wealth that supports human needs and desires. And in this search for meaning, which endeavours to set limits to exploitation, there is a connecting thread between work and ecology.

These are times of falling face masks, of immense contradictions on the “global” table due to the pandemic and its magnifying glass. Everyone talks about the crisis, often trivialising it with already common sayings, sayings that draw a vicious circle of deaf dialogue that feeds off clichés that do not lead anywhere, not even to getting it off one’s chest that is ever-so desirable, because words come back in the form of despair, fatigue, helplessness, rage, complaint... like a damn boomerang. Words that stubbornly return and warn with their return that perhaps we must try to listen and look at what happens differently.

In her Diccionario del uso del español [Dictionary of the Use of Spanish], María Moliner states that crisis is “a very marked change in something”. Etymologically, it derives from the Greek verb krinein, which means ‘separate’, ‘judge’, ‘decide’. It could be said, then, that crisis is a time of change, of separation from what had been until now and of decision on what direction to take. It does not mean a stop on the road or the yearning for a former normality, but a need for transformation. When this warning concerns both the relations of production and the very concept of work itself, as well as the relations of men and women with themselves and with each other, and the health of their bodies and territories, perhaps the crisis could also mean a change of civilisation.

And a change of civilisation implies that a fundamental part of human beings’ way of life and interaction is changing and will never be as it was before. The young capitalist exploitation system is being ravaged by the pandemic, climate change and the depletion of fossil fuels; a revolution is being staged by women, who have decided to govern their bodies and occupy the times and spaces they want and not only those assigned by the patriarchal (dis)order for the past thousands of years. This change implies transformation: a lot of crisis and many possibilities. On the one hand, the dominant ways of living and working are revealed as insurmountable contradictions; on the other, the possibility of making the world from a peaceful, caring, breathable place is sensed, in the way that women have made life sustain itself over the centuries despite wars, exploitation and violence.

We live with the false clothing of freelancers at the service of digital platforms, where employers also want to pass for people in disguise.

Denial of the obvious

In particular, profound transformations are taking place in the world of work, where we must name what is happening and offer an outlook at this fragile time. Work is not just what the rules say it is. It includes a whole world that is beyond the bounds of what the labour law heralds; it is a series of different realities that are not recognised on many occasions as work experiences, and that generate an all-too-common phenomenon of escape from labour law (which is sustained precisely by denying the employment nature of the act of working). Times of denial of the obvious, using poor legal engineering that, banally, but with the strength of economic power, out-and-out denies the basic and undisputed labour institutions to escape the guarantees of the so-called work in the strict sense. Years ago, the Uruguayan Óscar Ermida described it as labour transvestism, referring to the costumes they wish to dress the work relationship up with to disguise it. A phenomenon that “dresses workers up in the clothes of independent, sole proprietorship, service leasing companies and even limited liability companies and cooperatives.”

We live with the false clothing of freelancers at the service of digital platforms, where employers also want to pass for people in disguise. If there is no company, there is no work. The height of nonsense. It is true that, in recent months, the Spanish Supreme Court ruled that food-delivery riders are employees. The same has happened in Germany, Italy and the United Kingdom. The UK’s Supreme Court ruled that Uber drivers are salaried. In this regard, it seems that labour inspectorates and courts in our neighbouring countries and in parts of Latin America are leading a movement of compensation regarding labour policies as a “privilege” of recent decades, which have wreaked so much damage, exacerbating job insecurity and excluding many workers from labour law protection. This compensatory movement would have to be integrated into a new 21st-century Work Statute, where there is power to legislate accordingly.

Labour policies and their laws should offer greater consistency to a more complete concept of work that is more attuned to reality. Work as human or artificial creation, operated by humans, is at the centre of life. Not only since modernity, which placed it at the core of social order as a sort of charter of rights and obligations, and from the family point of view as a key to the invisible recreation of existence, but always, since work, in an original sense, is one’s basic power to satisfy one’s needs. If, as physics suggests, work is a transfer of energy, a human science like labour law would ask, where is that energy directed? A transfer to anywhere? No, towards a meaningful place, in other words, a job oriented towards the production of wealth that supports human needs and desires.

Labour policies and their laws should offer greater consistency to a more complete concept of work that is more attuned to reality.

And in that search for meaning, which pushes to put limits on exploitation, to the idea that work is a commodity that moves away from the human to be simply sold, there is a steel connecting thread between work and ecology, the science that deals with the relationship of living beings – and their creations – with each other and with nature, in the search for a balance that sustains life. An ecology that, as it has learned from feminism, is aware and acknowledges that, throughout history, women have been the great ecologists (the guardians ensuring human life is reproduced), those who have taken responsibility at home and outside it to understand words such as wealth, production, economy, profit, need and work in a humane, sustainable way and truly focused on the development of peoples; words on behalf of life.

The present is in dire need of change, suffering from so much injustice and looting of what it does not have to spare and what perhaps can be fixed, only if the tide of mass destruction in which the dominant capitalist patriarchal disorder occurs is turned. A shift in the production paradigm is necessary in a broad sense, around the creation of wealth, what is at the service of living, in peace and harmony, among everything that populates the planet.

The ecology of work is then a limit inextricable from alienation of labour, not only of those who work but also of the workplaces themselves and of the markets where the material or immaterial wealth created is made available to other human beings, also susceptible to being exploited together with the raw materials and fossil fuels necessary to this effect, because it reminds us that there is an original balance to protect and restore so that life can continue. Undoubtedly, this basic human activity that is work has to be rethought, and rooted in a new model that has the support of life as a keystone.

The ecology of work as a new paradigm is the political instrument whereby work is situated as the focal point of coexistence in a healthy and sustainable ecosystem.

Actually, the ecology of work as a new paradigm is not a choice, although it has to be assumed politically in every action or omission. Nor is it an invention or a play on words. It is the political instrument whereby work is situated as the focal point of coexistence in a healthy and sustainable ecosystem. At this end of an era, jeopardised by disease, we can only work to change the meaning of work, so that its understanding and our outlook are broadened, so that the right to work and labour rights are extended, so that the wealth that it generates is distributed, so that its time is pared down, relieved and the burden is distributed when its effort is difficult to bear, so that the value of work in feminine and masculine terms is acknowledged, and so that the work that is destroying wealth instead of creating it is brought back. That is what the ecology of work is about, as an unavoidable starting point and a strand of urgent meaning that unites the present, the ravages of two centuries, the brutality of the last fifty years and the possibility of a good standard of living while working.

For this reason, many women and men know that it is a turning point, that we are risking harmony in this and we are fighting to transform the world of work recognised as such from the inside and the outside, expanding its boundaries and its guarantees. And we envision a labour law that does not work only on the defensive, but that also goes beyond the crisis, that protects more and more people. A labour law and social security systems that facilitate and embrace the new paths of politics and an economy that give precedence to looking after life.

Professor of Labour and Social Security Law at the University of Castilla-La Mancha.