The FinTech gap is not a “senior citizen” issue 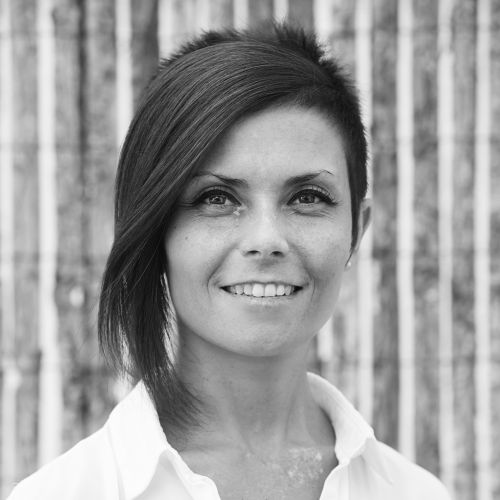 Senior citizens are among the groups most affected by unequal access to and use of digital financial and banking tools, but they are not the only one. Basic discrimination, poor capacity building, and lack of broadband infrastructure in rural areas open a much larger population base up to risks. Minorities in danger of exclusion are the most adversely affected.

“Every year since I invented the web, its importance in people’s lives has grown, but at the same time the disenfranchisement of those who can’t connect has grown too. Covid-19 has supercharged this process. The web is a lifeline in this crisis and yet it is a lifeline denied to billions just when they need it most.” These are the words of Tim Berners-Lee, creator of the World Wide Web.[1]

Actually, despite the fact that the Internet was received as a tool capable of breaking down geographical, economic, racial and gender barriers, it has ended up reinforcing inequalities. When connectivity becomes the primary or only source of access to education, employment, information or entertainment, the effects of exclusion multiply and inequalities come to the surface. Even more so when we talk about a basic need: access to banking and financial services, and hence access to credit, savings, insurance, payment and transfer products.

We are talking about the financial digital divide between those with and without access to a decent connection or a device to connect to the Internet, and those with or without the knowledge to use online resources. In Spain, 13 million people lack adequate Internet coverage.[2] They are concentrated in the so-called empty Spain: almost 27,000 communities with less than ten inhabitants.

Another problem adds to the lack of access to online financial services for these people: the absence of bank branches, which in 2019 affected 4,287 small municipalities. The trend is on the rise, as each year more offices disappear. In 2022, Spain has less than half of the bank branches it had in 2008. Already in December 2020, the network had shrunk by 51% (with 22,392 branches).[3] Closures have been especially conspicuous in Catalonia, with a drop of 64%.

In addition, in the remaining offices, not all the services are often provided. In other cases – which I have witnessed – the branch’s employees devote their time to referring customers to the website or to the typical mobile application, or to a modern ATM that many have difficulty understanding how it works. Carlos San Juan de Laorden explains it very well in his much talked-about campaign “Soy mayor, no idiota”[4] [I’m old, not an idiot] on Change.org:

“They keep shutting down branches, some ATMs are hard to use, others break down and nobody solves your queries, there are certain transactions that can only be done online... And in the handful of places with face-to-face customer service, the opening hours are very limited, you have to make a prior appointment by phone, but you call and no one picks up... And they end up redirecting you to an application that, again, we cannot use. Or sending you to a branch that is far away that you may have no way of getting to.”

It is a serious issue, especially considering that most senior citizens in Spain (almost 77%) are not online banking users. Those who are (nearly 23%) mostly carry out transactions such as checking their account or making transfers, according to a 2019 report for the Democratic Union of Pensioners (UDP).[5]

Problems in using new ATMs, machines and mobile applications are generally attributable to poor design or a lack of familiarity and knowledge required to understand how they work. For many people with access to a proper Internet connection, that continues to be the underlying problem. More than 40% of the Spanish population lack basic digital skills, despite the fact that most jobs require such skills.[6]

[2] According to an analysis conducted by the UGT union based on figures published by the Ministry for the Economy, available at http://ow.ly/ULtj50IPM6k

An older woman with no job, low income, limited education and living in a rural area exemplifies digital disconnection and social exclusion.

This gap is exacerbated by gender (wider in the case of women), age (wider among senior citizens), territory (wider in smaller communities), level of income (wider among the poorest) and level of education (wider for people with less education).[7] Sixty per cent of those over 80 years of age acknowledge having trouble communicating via mobile.[8] Certain disabilities also broaden the digital financial divide. The extreme would be represented by an older woman with no job, low income, limited education and living in a rural area. She exemplifies not only digital disconnection, but also, and in general, social exclusion.

The lack of skills in using FinTech products and services is not only problematic at its most basic level, but often those who do have some knowledge and access to them are unaware of the possible associated risks or how to avoid them. Knowing how to avoid fraud and serious errors is vitally important for these types of transactions. Bank phishing via SMS messages or emails is widespread, and clicking on a malicious URL or trusting these senders and giving them our credentials suffice to lose all (or a significant proportion of) our savings. Furthermore, both scammers and cyber attackers could access all the private information that our data, transactions and use of online financial services may reveal.

At the (apparently) other extreme are digital natives, young people familiar with FinTech tools and the world of cryptocurrencies. Without being economists or experts, some even make a living advising others on how to invest their money in cryptocurrencies, especially bitcoins. They have bought into the idea of easy money, without understanding the complexity of the digital currency market. As El Mundo Today ironically puts it in one of its tongue-in-cheek videos, the world of cryptocurrencies “is so complex that only podcasters and teenagers understand it”.[9]

Jokes aside, the problem is serious. The stratospheric gains in cryptocurrencies are associated with artificially inflated prices, since there is nothing that objectively indicates its value, beyond what people assign to it. For example: someone with cryptocurrencies invites lots of people to invest, and they do so for fear of missing out on the opportunity to earn easy money. As a result, the value of that coin goes up and that person can sell their currency at a higher price. It is a perfect Ponzi scheme, a pyramid scam formula applied to the crypto market. The age-old scam disguised as something shiny and new that is going to change everything, announced by celebrities with great fanfare to further inflate the bubble. 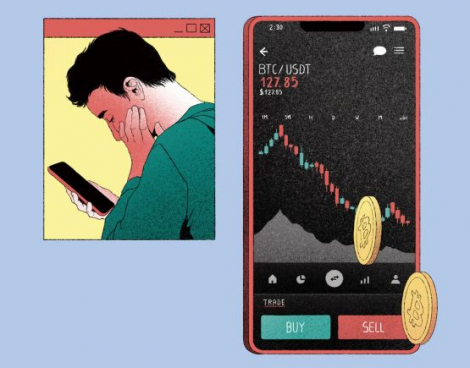 Opportunists and swindlers run rampant in this environment. Last year, riding the wave of the Squid Game series, someone launched a cryptocurrency called Squid. It was billed as a token that could be used for a new online game inspired by the series. The Squid coin jumped from trading at 1 cent to over $2,856 in less than a week.[10] However, though who bought Squid tokens were unable to sell them. The currency trading website and associated accounts vanished overnight, as did the more than three million dollars of small investors’ money who fell into the trap.

The crypto bubble can ruin those who entrust all their physical money to a virtual currency that is not backed by any institution, since no one will be held accountable for their loss. Speculation is possible with the euro, but there is a real economy behind it. Cryptocurrencies also exhibit very high volatility. On 18 May 2021, bitcoin was worth more than 35,000 euro and the next day it tumbled to 24,000 euro because China announced that it was banning the cryptocurrency. In one day investors lost more than 10,000 euro. Over the last year, bitcoin has climbed from a value of -15,000 euro to more than 37,000 euro. One day you can be virtually rich and the next, lose everything.

These investments are already classified as the new subprime, referring to the “rubbish” mortgages that led to the 2008 crisis. The International Monetary Fund warns in a recent report[11] of the risks of the crypto ecosystem: operational risks (with loss of funds), cybersecurity risks (theft of funds), governance risks (lack of transparency around the issuance and distribution of crypto assets that result in losses for investors), concentration risks (given its large reliance on a few entities), consumer fraud and market integrity risks.

Regulators are already clamping down on the crypto environment. The European Parliament has voted to ban anonymous crypto transactions to curb money laundering in Europe. In Spain, companies that watch over third-party cryptocurrency portfolios are required to report the different types of balance and the identity of their holders. In addition, the platforms that allow the exchange of some cryptocurrencies for others or for legal tender must report the addresses, the tax identification number, the price and the date of each transaction of each user. And the profits gained from these transactions must be declared to the Spanish Treasury.

Many of the young (and not so young) people who trade cryptocurrencies are unaware of it, as a recent CoinTracker survey shows.[12] That brings us back to the initial reflection: being a digital native (or “crypto-native”) does not mean that you are safe from fraud, scams or errors that could mean significant loss of money, even ruin.

As regards the flip side of the financial digital divide, regulatory changes have also been made. At the end of 2021, Spain’s Council of Ministers approved the Bill on Customer Services[13] that limits the use of automatic answering machines to interact with consumers, who will have the right to obtain “free, effective, accessible, inclusive, non-discriminatory and evaluable” customer services. It also includes the obligation of all large companies to offer personalised customer care and, in the event of discontent with the care received, the consumer may request the communication be transferred to a supervising natural person.

This bill is complemented by another recently passed bill to establish the Independent Administrative Authority for the Protection of Financial Customers,[14] which will be free of charge for consumers. Moreover, the banking associations signed a protocol last February to improve the customer care for senior citizens with longer cashier hours and telephone service, fuelled by the success of the “I am old, not an idiot” campaign.

Beyond these stopgap measures, there is a key field of action in addressing digital financial gaps: financial education. The future law for the establishment of the Independent Administrative Authority for the Protection of Financial Customers covers it in one of its provisions. Specifically, it declares that this entity will foster citizens’ financial education, “especially in terms of savings, investment, loans and credit, debt management and insurance, promoting accountability in financial contracting”. It shall also foster – claims the draft bill – its inclusion in study plans.

Another factor to be taken into consideration is that technology makes financial services borderless, allowing easy access to financial products and services in other countries. Hence the importance of global coordination, not only to regulate the FinTech sector, but also to improve the population’s digital financial education.

The adoption of these tools has the potential to narrow the gaps in financial inclusion, but this will not come to fruition if the population is not trained to use them, nor without the adequate infrastructure that allows everyone to access a connected device and decent Internet connection. What’s more, in-person access to banking services must always be assured: guaranteeing the right to access the Internet, but also the right to financial access without factors determining connectivity.

[14] “Bill to establish the Independent Administrative Authority for the Protection of Financial Customers”. Spain’s Ministry of Economic Affairs and Digital Transformation, 2022: