The mystical-esoteric nebula: between neoliberalism and self-help culture 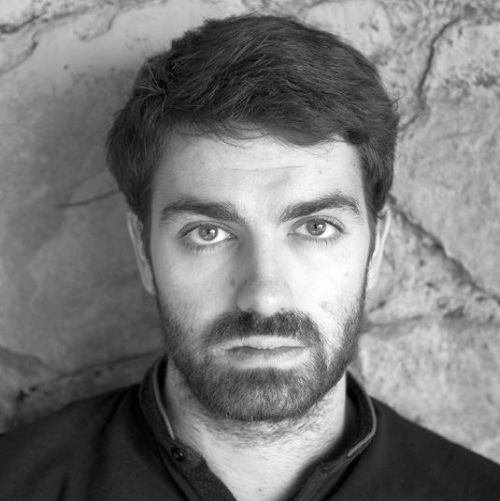 Eudald Espluga Casademont (1990, Girona). Degree in Philosophy and Master’s Degree in Communication and Cultural Studies from the University of Girona, he works as a cultural journalist with media outlets such as ICON, El Salto, PlayGround, Vice, RAC1, Radio Primavera Sound and Núvol.

Popular culture is overflowing with discourses with religious undercurrents, such as mindfulness or new-age products, which promise to make us more productive, healthier and happier. Rather than challenging the existence of this neo-religion, we should ask ourselves why it is so successful in providing guidance and offering tools to contend with spiritual concerns.

“A spectre is haunting the Western world, the spectre of religion.” Paraphrasing The Communist Manifesto, philosopher Peter Sloterdijk has referred to the emergence and constant proliferation of “neo-religious entrepreneurs” who offer remedies to improve our lives through spiritual work on ourselves. From new-age products to the current boom in meditation and mindfulness techniques, and a plethora of spiritual rebirth workshops and the evolutionary tarot in between, today popular culture is overflowing with discourses with religious undercurrents that promise to make us more productive, healthier and happier.

Perhaps the news that best encapsulates the huge growth of this industry around spiritual well-being is Blackstone vulture fund’s purchase of the Headspace meditation app, which has 65 million users worldwide. The application was created by Andy Puddicombe, who spent ten years training as a Buddhist monk and is now the CEO of a company in Silicon Valley that made more than 100 million euros in the last year alone.

The case of mindfulness is symptomatic insofar as its success seems inseparable from the epidemic of stress and anxiety that is spreading under neoliberalism. However, the circulation of alternative discourses for health goes beyond this form of meditation and must be analysed as part of the broader structure of self-help culture. From the mind cure movement to the Christian science of Mary Baker Eddy, the 19th century already presented evidence of a healing vocation in many spiritual practices that is not any different to contemporary trends. Many scholars have found a fundamental key to understanding the political and economic transformation of our societies in the spiritual-therapeutic alliance. In the words of Ian Parker, Professor of Psychology at Manchester Metropolitan University: “New-age pop-psychology [is] peddled as an alternative to save us from stress or to help us discover our inner potential, [so that] the same reactionary assumption is at work: fix the individual and you will solve social ills”. 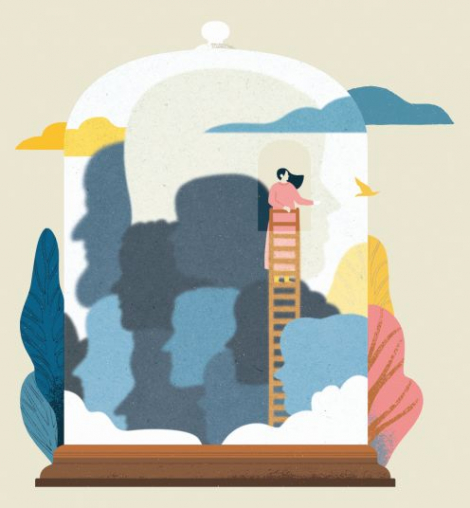 However, to understand the success of these pop spiritualities, referring to the social uncertainty under capitalism does not suffice, nor is it enough to state that everything solid has vanished into thin air and conclude that their emergence is a response to a spiritual and values crisis. The question we must ask ourselves in the face of this “mystical-esoteric nebula” – as the philosopher Juan Martín Velasco calls it – is what kind of cultural tools does it offer us in the face of uncertainty and what is its relationship with the secular transformation of our societies. Should we interpret it as part of a reactionary and neo-conservative movement, spurred by successive economic, social and political crises, understanding its emergence in parallel to religious fundamentalism and anti-globalisation nationalism? Or should we see this nebula as part of a system of therapeutic exercises in the context of a neoliberal ideology, in which individuals are perceived as “entrepreneurs of the self” and in which even the relationship with the sacred has been privatised?

The secularism hypothesis has marked the interpretation that moral and political philosophy have made of the pluralistic reality of Western societies. Sociology had provided a series of descriptive markers that should account for the state of faith in the world: the fall in the number of believers, the reduction of religion to the private sphere, the loss of vocations or the degree of religious indifference. Over the past two centuries, the spiritual thermometer proved it without a doubt: disenchantment with the world was palpable. If religion had been only an instrument of social control that fed on anguish in the face of mortality and ignorance about the world, as the Enlightenment creed states, the elimination of poverty, the advancement of science and universal education must lead us to the quenching of such superstitions.

The rationalisation and individualisation inherent in modernity entails the general isolation of individuals, who are insecure and paralysed by the range of possibilities that a free market of beliefs presents.

However, sociologists such as Peter L. Berger and Thomas Luckmann have highlighted the paradoxical nature of this hypothesis. On the one hand, the widespread dismantling of major religious systems entails a dissemination of the sacred through the fabric of modern institutions that demonstrates the self-refuting nature of the hypothesis of secularism: only when religions relinquish their political agenda (unattainable missions are ruled out, the claim of veracity and universality is relativised, an end is put to the education monopoly, etc.) can they reappear, in the context of the “supermarket for buying and selling meaning”, as available spiritualities. On the other hand, religious pluralism enables the spread of subjective crises of meaning: the rationalisation and individualisation inherent in modernity entails the general isolation of individuals, who are insecure and paralysed by the range of possibilities that a free market of beliefs presents.

Consequently, if the end of the monopoly of the sacred by certain institutionalised religions is to be understood as a metamorphosis of the forms of religiosity and not as their abolition, the emergence and spread of the mystical-esoteric nebula must be seen as part of this transformation. We cannot go on repeating the simple story of the “return of the sacred” in the West, as if before the proliferation of new-age books in the late 1960s, religion had actually disappeared from our societies. In fact, considering it from this perspective only reinforces the neoconservative account of the disasters that technological and social progress has generated for Western societies. Only from that traditionalist worldview can it be argued that the fascination for horoscopes, Reiki or so-called Spiritual Response Therapy are the result of the need for comfort and the security of the transcendent.

So, if all these neo-religious products are not just fast food substitutes that have come to replace the old ways of relating to transcendence, how should we interpret them?

Perhaps one of the most interesting interpretations comes from sociologist Eva Illouz, for whom the mystical-esoteric nebula will be part of self-help culture, and although she will understand it as a response to social uncertainty under late capitalism – financial insecurity, deinstitutionalisation of subjects, disappearance of the division between public and private space, rationalisation of private life and the introduction of feelings in production logic –, she will adopt a pragmatic perspective that will set her approach apart from the other interpretations, insofar as she will consider that neo-religious discourses, however commercialised they may be, guide and define individuals’ practical action, helping them to tackle social contradictions and the uncertainty to which they are subjected.

Consequently, we are at the antipodes of the interpreation of the phenomenon by intellectuals like Ulrich Beck, for whom pop spiritualities are nothing but a catalogue of narratives, values and rituals from which to choose those that suit us best and project them in a “God-teddy” that is the negative of our fears, desires and hysteria: an à la carte religiosity that reflects our narcissistic concerns on a metaphysical level. The archetypal example that would support this interpretation would be the horoscope, which seeks to explain on a transcendent level the variability of personalities, social moods and collective states of malaise (justifying our sad state of mind on account of the “retrograde mercury season”). Thus, for the author of Risk Society (Sage Publications Ltd., 1992), the insecurity generated by rampant individualism, the decline of great narratives and growing social instability would lead individuals to seek a symbolic resolution of their malaise through this personalised spirituality that promises well-being and harmony, but that does not have a practical translation in the lives of these people. The mystical-esoteric nebula would then be a form of false consciousness that, albeit comforting at first, would not allow us to achieve greater well-being or happiness, to the extent that it would not change our material conditions. Again, the horoscope predictions would serve as a paradigmatic example of an ideological mystification that has no practical translation, since its formulae are described as empty or too general to determine a specific course of action.

Illouz’s perspective, on the other hand, assumes that subjects do see a transformation in their relationship with themselves and with others when they accept a series of therapeutic self narratives such as those put forward by the mystical-esoteric nebula. To return to the case of mindfulness apps: as a person begins to perform daily concentration exercises, they monitor their weekly evolution, understand their well-being and mental health on the basis of the principles of mindfulness (whether metaphysical, ontological or moral) and acquire a series of their own techniques to relate to their surroundings, especially in difficult or stressful situations, they are already transforming their relationship with the world. In Illouz’s words: “Self-help has indeed become the core of modern subjectivity, because self-help stands at the juncture between the ideals of autonomy, psychological techniques of self-making, and the vast economic interests of various industries assisting and shaping such process. […] Self-help is not only a market segment, it is a whole new modality of culture; that is, it constitutes a new way by which the individual connects to society ”.

Consequently, the mystical-esoteric nebula is part of the arsenal of therapeutic repertoires by which many people interpret themselves and interpret the world. Precisely because secularisation never absorbed the world’s disenchantment, but transformed the ways in which we related to religiosity, these ways have been engulfed by self-help culture. Thus, in the same way that business management manuals offer tools to guide us in an unstable and increasingly precarious labour market – for instance, the self-help bestseller Who Moved My Cheese, by Spencer Johnson (Putnam Adult, 1998), promotes an ethic of hyper-individualist effort and self-improvement that dovetails nicely with the concern of workers in a system of neoliberal competition –, we can say that pop spirituality products (whether books, workshops or applications) allow us to express our relationship with the transcendent to make sense of our being in the world.

Therefore, rather than challenging the very existence of these neo-religious products, or bemoaning the return of a set of superstitious beliefs removed from science (“the spectre of religion”), perhaps we should begin to wonder why they are so successful in guiding people and offering them tools to contend with their religious concerns. Can we not imagine different forms of relating to the transcendent and the sacred that do not undergo an individualistic ethic? Why should spiritual self-awareness techniques serve discourses of betterment of the productive subject? In other words: the problem is not so much that spirituality occupies a central place in our culture once again, since it never stopped occupying it, but that it does so within the framework of self-help culture, as another tool that serves the neoliberal logic of the entrepreneur of the self.

Eudald Espluga Casademont (1990, Girona). Degree in Philosophy and Master’s Degree in Communication and Cultural Studies from the University of Girona, he works as a cultural journalist with media outlets such as ICON, El Salto, PlayGround, Vice, RAC1, Radio Primavera Sound and Núvol.