From the superblock to the Vila Veïna: towards a social city model

The city of care 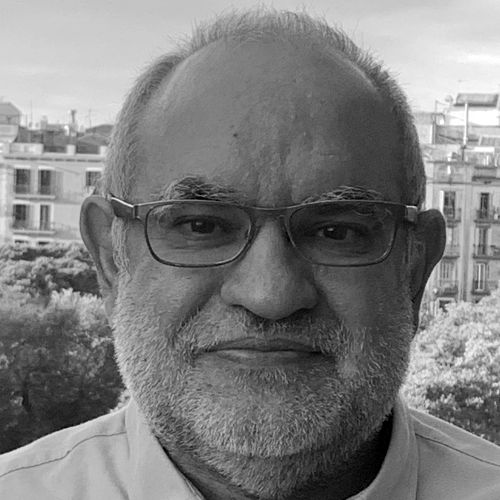 The Vila Veïna municipal initiative was created with a view to building environments where care takes place as part of a community, rather than individually. Vila Veïna acts as a step further from the social superblocks, aiming to tackle care from small territorial units that offer local services, support and well-being, both for carers and for those who require care.

‘I feel lonely quite often. I’m glad it’s Thursday so I’ll have company’. This is Pedro, a user of the Vila Veïna centre in the neighbourhood of Vilapicina i la Torre Llobeta, in the district of Nou Barris. There are a lot more people like him, who need support or assistance to carry out many basic tasks. Though he is not considered dependent and goes about his life more or less autonomously, a few months ago, he and his daughter decided that he needed someone to help him in the home. Since then, both Pedro’s and his family’s time have been taken up by accepting his fragility, searching for someone reliable, starting the process of hiring someone with decent conditions, and activating and generating a network so that he does not become dependent prematurely.

Pedro’s and his loved ones’ experiences are extremely common. To support care processes, to facilitate spaces for well-being and respite, and to offer collective activities that build a community are just some of the aims of the Vila Veïna project, a pioneering municipal initiative created with a view to building environments where care takes place as part of a community, rather than individually. Vila Veïna aims to tackle care from small territorial units that provide local services and support resources, both for carers and for those who require care.

This project is no flash in the pan. It has emerged from a process of analysis and reflection around the need to implement changes and organisational improvements in the management of a key service that is essential to the city: the Home Care Service (SAD, by its initials in Catalan). It all started six years ago, when an in-depth analysis of SAD was carried out. At that time, this service, outsourced by the City Council, had seen eight-fold growth in its number of users, since the implementation of the Law on Dependency. It had become the second biggest contract within the City Council in terms of economic volume, and the biggest when it came to staff numbers.

The growth of SAD and its funding system (with a contract-programme with the Government of Catalonia and between the Government of Catalonia and the Spanish State, based on hours of service provided) had generated a model with serious shortcomings, in terms of both the employment conditions for the professionals providing the services and the conditions experienced by the dependent people and their families.

The concentration of families’ demand for the service in the morning (80% of demand was for services lasting one to three hours per day between eight in the morning and one in the afternoon) resulted in most employment contracts being part-time. The type of working day, combined with a poor collective labour agreement (a scourge resulting from the lack of social recognition of care tasks), led to professionals being paid very little. These elements, on top of the solitude and isolation these professionals experienced in their work, resulted in high absenteeism and employee turnover rates, which had a direct impact on service provision. Imagine what it feels like to have the person who comes into your home to help you to shower or make your lunch change every other week.

SAD’s growth predictions were high: partly because of demographics (350,000 people over the age of 65 in Barcelona, 90,000 of which live on their own) and partly as places in the alternatives – care homes or day centres – were very limited in the city, with waiting lists that could easily exceed three years (more time than the average person lives in a care home). What could we do? We had to think of new solutions that both fulfilled growing demand for the service and improved employment conditions. What did we have? We had density and proximity, characteristics specific to cities, now referred to as the ‘fifteen minute city’; mobility superblocks, an urban innovation made here in Barcelona; and an organisational system we discovered in the Netherlands, namely the Buurtzorg home care model.

The social organisation Buurtzorg showed us how to put together self-managed SAD teams that could look after around fifty people, with a more flexible, higher-quality model for workers. The city’s density meant that many groups of people requiring care lived very close by, less than a five-minute walk from each other, sometimes in the same building or block of buildings, and always in the same small area, which we named ‘SAD superblocks’ or ‘social superblocks’.

The idea is simple, but powerful: elderly people want to live in their home and their neighbourhood for as long as they can, but as their health deteriorates due to age or chronic illnesses, they need more and more services to continue to live autonomously, but this should not necessarily mean that they need to move into a care home. Nor should this create a high degree of dependence on a family member, who tends to be a woman and often has to put their life on hold to become a full-time carer.

There is a plan to implement up to 60 social superblocks by late 2022, which will cover between a fifth and a quarter of the city.

The first social superblock pilot projects began in 2017, and now there is a plan to implement up to 60 of them by late 2022, which will cover between a fifth and a quarter of the city. Organising the city into superblocks or smaller units within neighbourhoods has made it possible to provide care on a more human scale. This local element means that people’s needs can be identified more accurately and resources can be adapted more successfully to each situation. This is where, with all the lessons learned from the Covid-19 pandemic, the social superblock, as a unit for managing care services, becomes something else: a ‘Vila Veïna’ [Village of Neighbours].

From the social superblock to the Vila Veïna

These Vila Veïna communities started to take shape in 2021, as territorial units home to between 10,000 and 30,000 inhabitants that generate projects and activities in close contact with neighbours in order to improve well-being, both for carers and for those who require care, throughout life, but especially at two stages: early childhood and old age.

In these areas, residents have access to a free, in-person care service, where they can find information on the resources and services relevant to them according to their situation and make the most of a programme of activities and services designed to improve their well-being and offer a more collective, shared care experience. 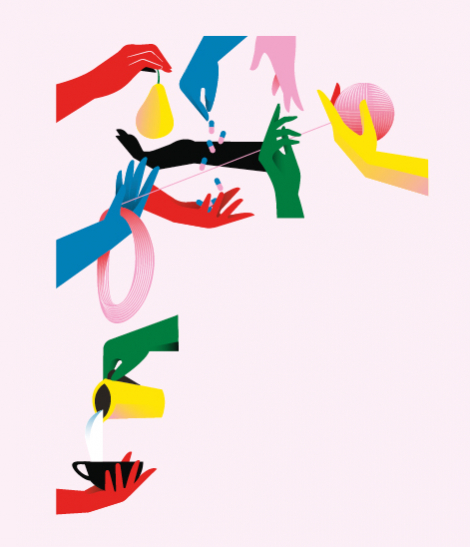 That is why Vila Veïna centres are starting to generate and strengthen childcare support groups, respite services for carers, spaces to manage the day-to-day issues linked to caring and being cared for, meeting places for women carers, initiatives to promote co-responsibility between genders and ages, specialist advice for hiring care services, or initiatives to adapt the public space so that it can be a caring environment, among other services.

By the end of 2023, 16 Vila Veïna communities will be implemented – at least one per district – which will provide services to some 300,000 people. The project, which has an initial budget of 3.5 million euros, was launched last year in four of the city’s neighbourhoods: Vilapicina i la Torre Llobeta, Provençals del Poblenou, La Marina and Congrés i els Indians.

With a view to providing a real response to each area’s needs and adapting the initiatives and activities carried out in each of them, a diagnosis is being made in every Vila Veïna to identify the profiles of the carers and the people cared for there, the circumstances and conditions in which this support is provided, and the shortcomings and opportunities signalled by the residents regarding their experience of care in their neighbourhood.

Between July and November 2021, 1,929 surveys were carried out among residents. They identified some significant facts: almost half of people who require care – like Pedro, who we mentioned at the start of the article and who received support from the Vilapicina Vila Veïna centre – are cared for by a relative, while the other half receive care from a domestic or care worker. Out of these people who need support, more than half of them express that they feel lonely and would like more company. Pedro is no exception.

Out of the family members or other loved ones who act as carers, almost 70% of them are women aged between 35 and 64. Half of them spend over 6 hours per day caring for others, and almost three quarters provide care every day. Out of these women, 31% feel alone and isolated, and almost all of them, 92.61%, do not attend any spaces that provide support for carers.

Half of people who require care receive it from a relative, who is a woman aged between 35 and 64 in 70% of cases.

Finally, almost 90% of domestic and care workers were born outside of Catalonia. Most of these professionals are women who look after people who need care due to deterioration linked to ageing. Out of these workers, 62.14% declare that they do not share care tasks with anyone else, and almost 4 out of 10 of them feel alone and isolated. Practically none of them attends any spaces that provide support for their care task. Another significant piece of information gathered by the survey is that almost 20% of domestic and care workers state that they care for their client 7 days a week, and 39.2% do so without a contract.

This data shows that care is one of the fields in which social, economic and cultural inequalities have the most impact. Though it is essential to life – as we are all vulnerable and need each other – care continues to be given a deliberately secondary, invisible role, which must be highlighted and fought for. The right to care and to be cared for is and must remain fundamental in our society. 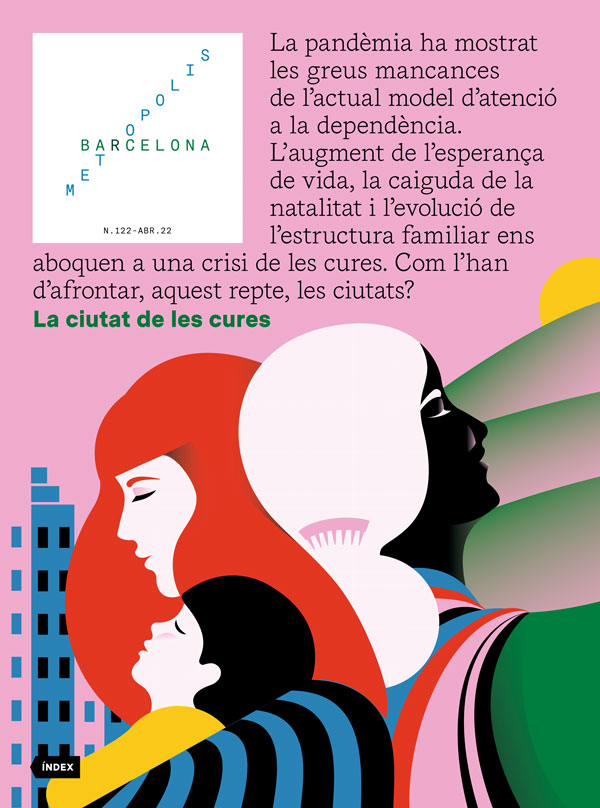