According to tradition, on the Feast of the Immaculate Conception we have to start feeding the Christmas Tió, a magic log that poos presents on Christmas Eve, although he might poo coal if the children have behaved badly!

To make sure Tió does a good poo we beat him with a stick and sing this song: "Cagatió, Tió de Nadal / No caguis arengades, que són salades / Caga torrons, que són més bons!" This translates as " Caga Tió, Christmas Tió / Don't poo sardines, which are salty / Poo turrons, which are nicer!"

Sweets, turrons, toffees and sweets are some of the surprises you should find when you lift the little blanket that keeps Tió warm. Lately, the Christmas Log, as he's known in the Franja (the eastern strip of Aragon bordering Catalonia) has also started pooing some little toys and other presents. 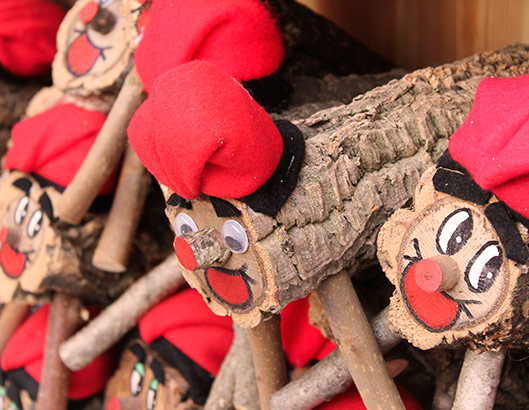 On 25 December, a very special day, it's usual to get together with your family and loved ones to enjoy a good meal, which inevitably includes pasta shell soup, escudella, and the typical sweets: turrons and neules.

It is a religious festival and celebrates the day the infant Jesus was born, even if, as it seems, the origin of Christmas is to be found in pagan festivals held around the winter solstice that were later Christianised. 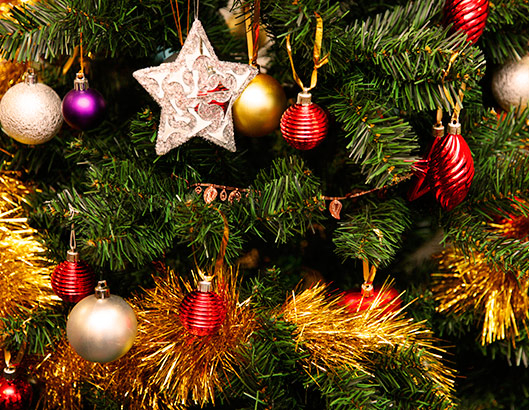 The Feast of St Stephen, as it is known here, is another day for getting together with relatives, especially those you didn't spend Christmas Day with, and savouring the typical St Stephen's cannelloni.

The St Stephen's Day celebration is believed to date back to the time of the Emperor Charlemagne, who declared the day after Christmas would be a holiday too. It is also said that St Stephen's is rooted in the fact that, centuries ago, people needed a whole day to return home, generally on foot, from the family home where everyone had gathered to celebrate Christmas.

Over time, as it wasn't any use for working, it became established as a holiday. As the popular saying puts it: "Per Nadal, cada ovella al seu corral; per Sant Esteve, cada ovella a casa seva". This translates as: "For Christmas, every sheep in the farmyard. For St Stephen's, every sheep at home." 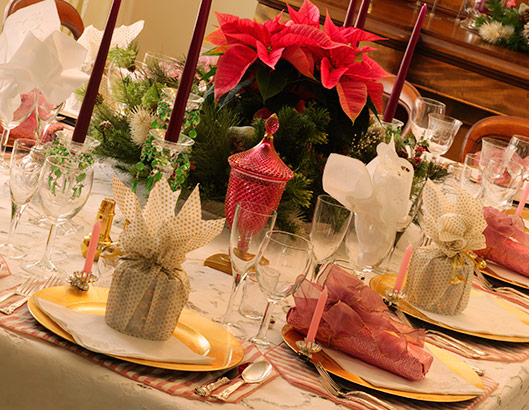 Whatever its origins, one thing is for sure: at this time of year, no home could be without its nativity scene, with the Virgin Mary, Joseph, the infant Jesus, the ox and the mule, watched over by the shepherds and the Three Kings.

Putting the nativity scene together has developed into a fine art, involving all kinds of materials, although the most common continue to be cork, moss and wood, to give it the appearance of the Bethlehem landscape.

In more recent times the custom of live nativity scenes has also developed. Thanks to more or less professional actors, these give us the chance to see the most famous Christmas scene of all close up. 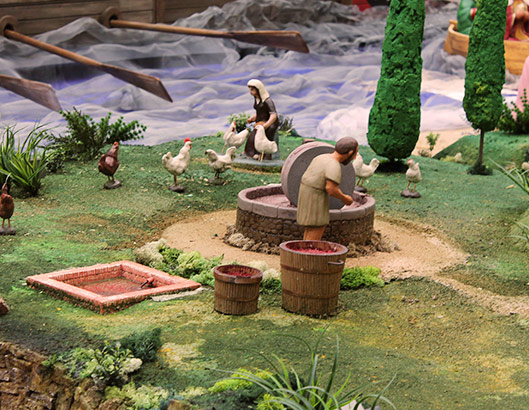 You cannot have a nativity scene without a caganer. A character only found in nativity scenes in Catalonia and the Valencia region, and who first appeared in the Baroque period.

Putting one of these figures, supposedly a shepherd, in the nativity scene, hidden behind a bush or a tree while he relieves himself, brings good luck.

The caganer's fame is such that, these days, he is given the face of famous people in the news - politicians, sportsmen and women, and people from the world of entertainment. 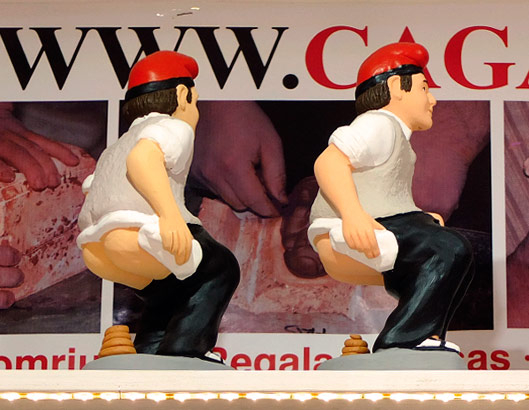 It is typical at Christmas for theatres of all sizes to put on Els pastorets. This stage production, which dates back to the 17th century, combines scenes from the birth of Jesus with a dispute between angels and devils.

There are various texts that serve as the basis of these productions and there are a lot of writers who have produced their own version of this play, which has become the one most frequently performed by amateur theatre groups here. 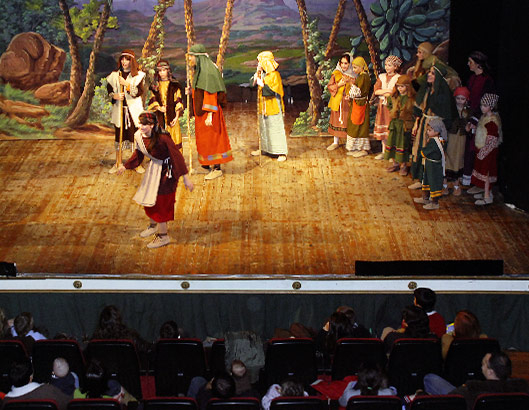 Holy Innocents' Day, when practical jokes and pranks can catch you by surprise at every turn, is held on 28 December every year.

You can find a paper doll hung on your back, just as you can have your leg pulled reading a newspaper that has published a news item they have made up.

It appears this day of jokes has a pagan origin, although it has been linked to the slaughter of innocent children ordered by King Herod, according to St Matthew. 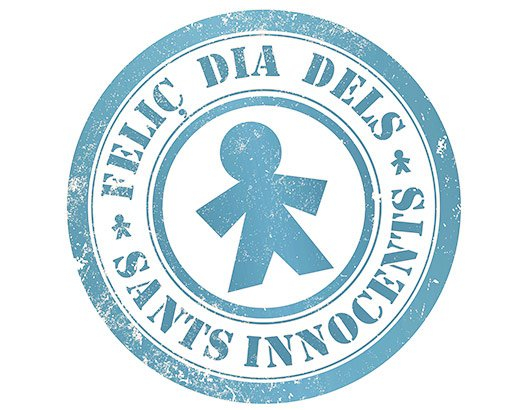