The Legend of Santa Eulàlia

Whether Saint Eulàlia of Barcelona actually existed as a historic character is doubtful. All the signs indicate that the legend is the result of a phenomenon known as hagiographic duplication. Under this phenomenon, based on the history, deeds and personality of a real person venerated by the Church, another, fictitious person is created, adapted to local legends and traditions. There are many examples of this duplication or creation of a double, and in the case that concerns us here, that of the patron saint of Barcelona, the duplication appears to be that of Saint Eulalia of Merida, since their biographies and martyrologies are very similar.

The legend of the saint was passed down orally until the folklore compilers at around the turn of the twentieth century fixed the story in writing in order to ensure that it was not forgotten. Particularly interesting in this respect are the versions gathered by Joan Amades i Gelats.

Broadly speaking, the legend describes the exemplifying life story of a thirteen-year-old girl called Eulàlia, which in Greek means “well-spoken”, who faced up to one of the last persecutions of Christians by the Roman Empire in the early-fourth century, during the reign of Emperor Diocletian. 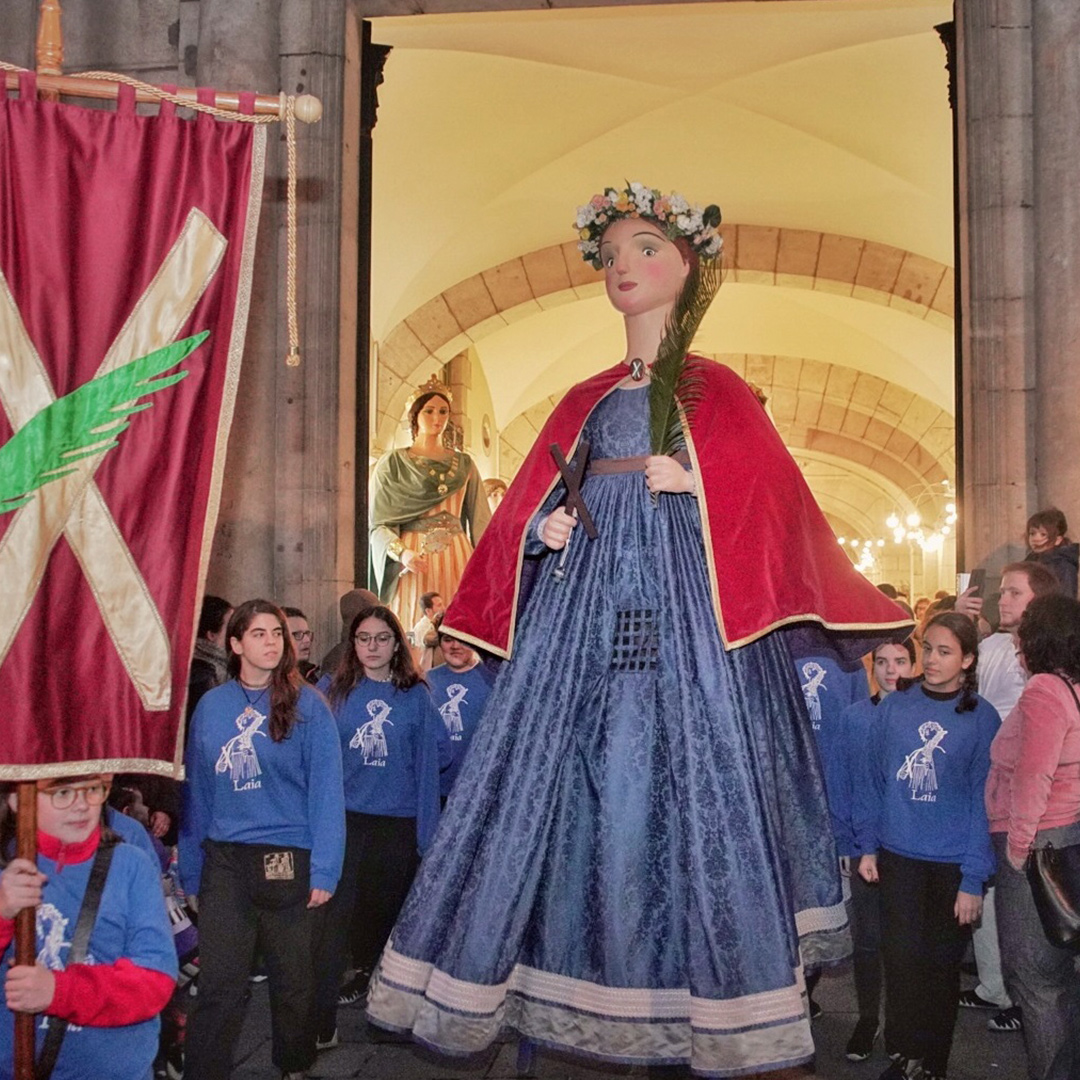 Eulàlia answered the blows of Governor of Dacia with reason, words and perseverance in her Christian faith. As a result, according to legend, she was subjected to thirteen terrible martyrdoms. The young saint was finally executed, crucified naked on an X-shaped cross. That is why we recognise her by the palm she holds in her hand, identifying her as a martyr, and the X-shaped cross.