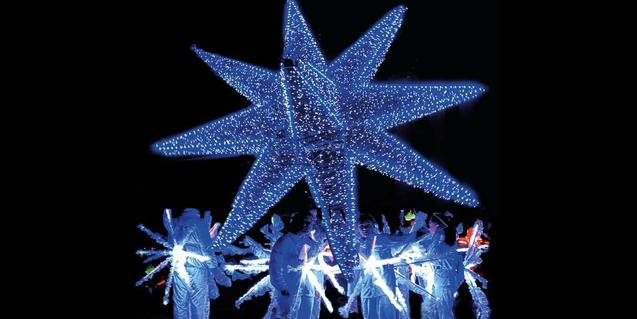 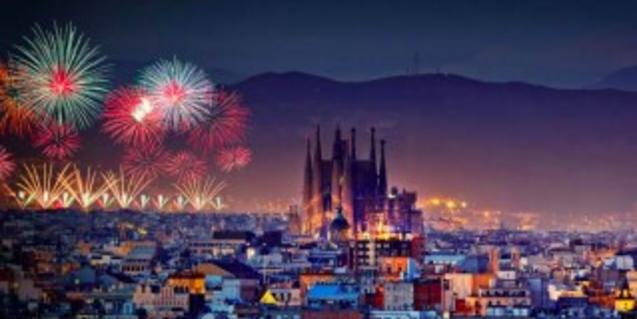 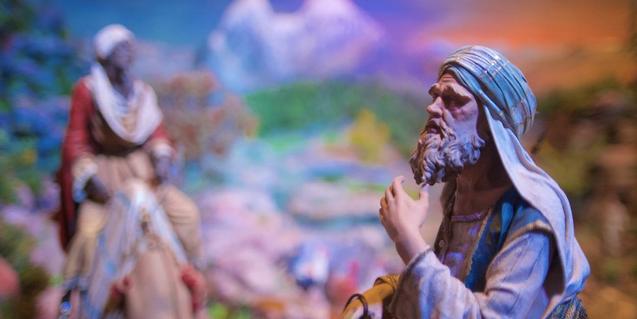 In spite of the exceptional current circumstances, Barcelona City Council is reinventing and adapting the Christmas festivities, guaranteeing their spirit and ensuring that everyone in Barcelona can enjoy them.

In spite of the exceptional current circumstances marked by the restrictions ordered as a result of the Covid-19 pandemic, Barcelona City Council is preparing a set of Christmas and New Year’s Eve celebrations adapted to the current reality but faithful to the spirit and tradition of this special time of year.

The city will welcome the Magic of the Three Kings at the Fòrum from 28 December to 5 January, with all the symbolism and emotion this entails. In addition, it will make it possible to enjoy Twelfth Night from home thanks to its collaboration with the three public television channels: TV3, RTVE and Betevé. It will also keep its commitment to the New Year, offering the chance to enjoy the twelve chimes of midnight from home in a very special way, with a unique pyrotechnic show that will be visible all over the city. Finally, the visits to the traditional Nativity scenes that are displayed every year at the Museu Frederic Marès museum and the Monastery of Pedralbes will go ahead, although the historic art installation of Plaça Sant Jaume has had to be cancelled and replaced with a retrospective on the ten years of Nativity scenes displayed in this square.

The Magic of the Three Kings will take over the Fòrum

The format of the Three Kings’ traditional arrival will be affected by the health situation, but its spirit and value, which can overcome any obstacles, will not be affected in any way. This means that, from 28 December to 5 January, the Magic of the Three Kings will find its home in the Fòrum, under the artistic direction of Marta Almirall, to bring you all aspects of the Parade and enable children to send their letters and contact the Kings and their pages electronically, receiving their messages from faraway eastern lands. A one-hectare outdoor space with great public transport links and all appropriate health guarantees.

Artists, stage designers and digital creators such as José Menchero, Miquel Setó, José Vaaliña, Ramon de los Heros, Àlex Posada and the company Antigua i Barbuda are taking part in the conceptualisation and preparation of spaces which will recreate the traditional floats of the Page Estel, the coal, the dummy collectors and Their Majesties Melchior, Gaspar and Balthasar. In addition, there will also be other spaces representing the receipt and logistics of gifts, as well as a postbox and e-mails for children to send their letters to the Three Kings. All in all, a tour designed to take 50 minutes through 10,000 m2 covering eight displays where you will find floats, utensils, costumes, luggage, banners and all kinds of royal items. Prior booking is required for this visit. You can book your ticket on Barcelona City Council’s Christmas website from 15 December. The display will be open from 11 am to 2 pm and from 4 pm to 8 pm on 28, 29 and 30 December and on 2, 3 and 4 January. On 31 December and 5 January it will only be open in the morning.

Their Majesties will arrive by sea on 5 January, on board the pilot boat Santa Eulàlia, at a time and location to be confirmed. On that day, the three public television channels - TV3, RTVE and Betevé - will enable all children to watch from home the institutional welcome of Their Majesties and their subsequent night-time visit to the facility with their full entourage. Here, they will complete the final touches to turn wishes, dreams and hopes into gifts. A show lasting almost 60 minutes in which the Three Kings and their entourage, accompanied by dancers and the traditional music of the Barcelona Parade, will set the Fòrum in motion.

Barcelona will say goodbye to 2020 and see 2021 in to the sound of the midnight chimes that can be followed from every district, with a firework show visible from most parts of the city. Coinciding with the twelve chimes that will mark the end of 31 December 2020, twelve palm tree fireworks will be set off in each of Barcelona’s ten districts: Ciutat Vella, Eixample, Sants-Montjuïc, Les Corts, Sarrià-Sant Gervasi, Gràcia, Horta-Guinardó, Nou Barris, Sant Andreu and Sant Martí. This way, everyone in Barcelona will be able to watch them from their own home.

These decentralised chimes will mark the beginning of a great fifteen-minute firework display launched, from a secret location making the display visible from most parts of the city.

This Christmas, the #RavalKm0 project’s light arches will light the Town Hall façade. Micro-scenes of the neighbourhood’s everyday life that make a close, committed and supportive Christmas. This time, in addition to their traditional and decorative role, the lights will be an excuse to promote social, cultural and economic action, with a small but real-life story behind each arch. In addition to providing a unique opportunity to bring the project to the heart of the city, in the current situation it is also a solidarity initiative.

Due to health-related reasons, this year it will not be possible to set up the Nativity scene at Plaça de Sant Jaume. This will allow us to stop and think about what Barcelona’s Nativity scene has meant for the last few years. In view of this, the Barcelona Institute of Culture is holding the exhibition “Ten years of Nativity scenes in Plaça de Sant Jaume”, highlighting everything that this reinterpretation of one of the most touching Christmas traditions has represented. You can see it on the ground floor of the City Hall from 1 December to 5 January, during opening hours yet to be confirmed.

You can also visit two of the city’s historic Nativity scenes. This year, the Nativity scene traditionally displayed at the Museu Frederic Marès museum will be a traditional arrangement designed by the Barcelona Association of Nativity Scene Builders depicting a landscape from a Mediterranean coastal town, a place to reflect on migration, something that has been happening for two thousand years. You can visit it from 28 November to 2 February 2021, from 10 am to 7 pm Tuesday to Saturday, and from 11 am to 8 pm on Sundays and public holidays. The display will be closed on Mondays. Tickets must be booked in advance due to the venue’s limited capacity. In addition, there will be a programme of events around the Nativity scene: if the health situation allows it, there will be two carol-singing sessions on Sunday, 20 December: the first one, coordinated by the Catalonia Association of Children’s Choirs, between 11 am and 2 pm; and the second, with the Coral Sant Jordi choir, at 4 pm. They will be held at Pla de la Seu, where you can also enjoy a Day of Christmas Traditions and Customs on Saturday, 12 December.

The Monastery of Pedralbes will also offer its traditional Nativity scene again this year: a people’s display has been built every year since 1984 in the rooms known as the “Procures del Monestir”, in collaboration with the Barcelona Association of Nativity Scene Builders. The figures in this year’s display, which are popular and contemporary in nature, are made by Sabadell sculptor Montserrat Ribes. Next to the popular Nativity scene will be two dioramas: the first one depicting the birth of Jesus, and the second representing the respite from the flight to Egypt. You can visit this Nativity scene from 11 December to 2 February, from 10 am to 1.30 pm on Tuesdays, Wednesdays, Thursdays and Fridays; and from 10 am to 4.30 pm on Saturdays and Sundays.