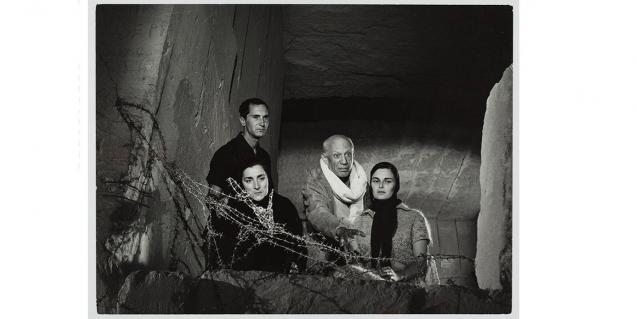 There will be two exhibitions showcasing part of the Museum's extensive archive and two names related to the Malaga painter.

The first exhibition focuses on the French historian Brigitte Baer, a leading figure in the study of Picasso's engravings. The second one shows a collection of photographs taken by his friend Lucien Clergue.

Baer, an expert on Picasso's graphic work, organised exhibitions and published several catalogues. Her personal archive has been part of the material deposited at the Picasso Museum since 2015. In 1975, Maurice Rheims, who was in charge of the painter's legacy, asked her to work with him, and for five years, they made an inventory of the painter's works. The exhibition Brigitte Baer. Picasso i els gravats displays original manuscripts, reference documents and extensive correspondence, evidence of Baer's meticulous work.

Clergue, on the other hand, was a world-renowned photographer whose work has been exhibited in museums as prestigious as the MoMA in New York. He met Picasso in 1953, and, after several encounters by chance, they began a friendship that would last until the artist's death in 1973. The Museum acquired the photographic collection, which shows small moments from the painter's everyday life. It had already been displayed, almost in its entirety, in 2017. The Picasso-Clergue exhibition now aims to put the photographer and his photography in the spotlight again. Clergue practically took up photography at the same time he met Picasso, so the images are representative of his art.

Both exhibitions, commissioned by Emmanuel Guigon and Sílvia Domènech (and in the case of Brigitte Baer's one, also by Núria Solé Bardalet) will open on 22 June. You can get your tickets at this link.