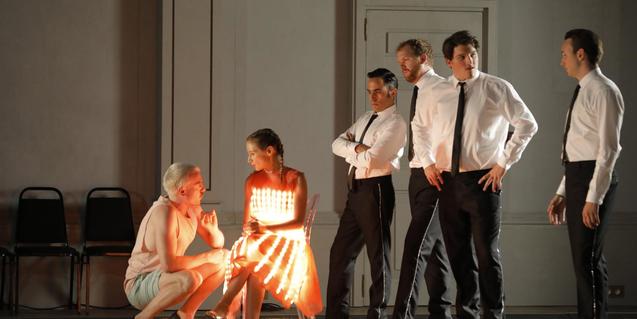 Katie Mitchell will be conducting the opera Ariadne auf Naxos, with music by Richard Strauss and libretto by Hugo von Hofmannsthal.

In Ariadne auf Naxos, which premiered in Stuttgart in 1912, we find hints of Mozart, Wagner and Schubert. Its composer, however, is Richard Strauss, while the story is based on Molière's Le Burgeois Gentilhomme. The libretto was written by Hugo von Hofmannsthal, who signed it as his third collaboration with Strauss after Elektra and Der Rosenkavalier. And to mention even more prominent names in the history of performing arts, Ariadne auf Naxos talks about the world of opera within opera, which is a nod to Pirandello, who spoke of theatre within the theatre. Starting on September 26, the Gran Teatre del Liceu is bringing an adaptation of the title directed by Katie Mitchell, with performers Maik Solbach, Miina-Liisa Värelä, Samantha Hankey, Nikolai Schukoff, Josep Fadó and Roger Padullés – with Josep Pons as musical director.

Strauss's opera has been described as "impertinent" but also "irresistible".  It comically touches on the unpleasantness that love and life, in general, can bring. It tells the story of the richest man in Vienna, who commissions a serious opera from a young composer and then invites a group of actors from the commedia dell'arte to join. He asks both to perform together, which creates a background debate between fidelity versus metamorphosis. And the frivolous Zerbinetta tries to convince the tragic Ariadne that all men are the same to the point they can be interchangeable.