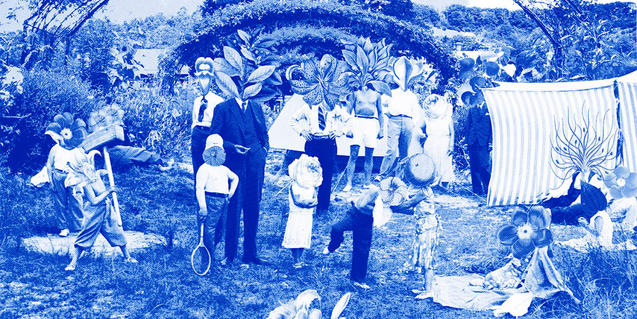 The film series dedicated to gardens returns to the Filmoteca and MACBA for its seventh edition.

Many of the great scenes of cinema have been set in a garden. From the Lumière brothers, with The Arroseur arrosé, to Jacques Tati with Mon oncle, to Stanley Kubrick, who used the labyrinth in The Shining as a metaphor for the protagonist's state of mind. Now, you can experience similar scenes with the seventh edition of the series Lost Paradise: Cinema and Garden, which once again has the collaboration of the Association of Friends of the Botanical Garden and can be seen at the Filmoteca and the Meier Auditorium of the MACBA from the 8th to the 22nd of June.

This year's programme shows the garden as a cinematographic stage where both particular and universal themes can be discussed, paying special attention to a particular type of garden, the eccentric ones. These gardens, which first appeared in the 16th century, flouted the canons of the time and became increasingly important during the baroque period as spaces for the exhibition of extravagant sculptures, paintings or even the performing arts. In this context, the biopic that opens the cycle, L’incroyable histoire du facteur Cheval, explains how the postman Cheval built the Ideal Palace in the south of France in the mid-19th century, which was later declared a National Monument.

This year's Lost Paradise combines architecture, nature, imagination and a lot of stories. The selection of films includes titles such as Etz limon, The swimmer, Le bois dont las rêves sont faits, I build the tower and Garrell - The Tarzan of Argelaguer, the latest about the story of a man, Josep Pujiula, who devoted forty-five years of his life to a building he erected in Catalonia, in the municipality of Argelaguer. The MACBA auditorium will also be showing two documentaries that take place in the Canary Islands, although they are independent of each other: En el volcán and Los sueños al viento (Dreams in the Wind). The first presents new formulas for sustainable tourism through the work of the artist from Arrecife, César Manrique, and the second reveals the eclectic and singular garden of another lesser-known artist, Pepe García, also known as Pillipo.

This Lost Paradise allows us to discover in the gardens a connection with nature from very different prisms and visions. The film talks about the permeable and transparent vision of gardens and how they allow us to understand and explain our own history. Consult the full programme of the cycle by following this link.