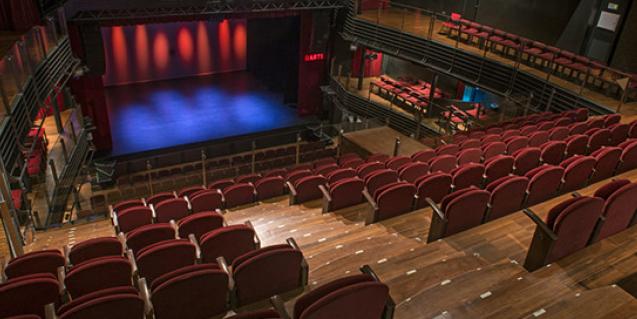 Presented by the Quesoni, L’Afluent and Sala Upload cooperatives, this is a proposal for an intensive use of space that brings together quality, ties to local and international sectors, and new programme features.

The Sala Barts is entering a new stage. The Músiques en Paral·lel project, presented jointly by the Quesoni, L’Afluent and Sala Upload cooperatives (a future TJV, temporary joint venture) and coordinated by cultural manager Anna Cerdà i Callís, obtained the highest score in the tender for managing the venue. The decision still needs to be approved by the Government Commission, which will be studying the proposal next week. For the last few years, the municipal project has been managed by the production company The Project, which did not did not bid for the tender this time, and whose licence period ends this coming 17 April.

The Músiques en Paral·lel project links the two venues (Sala Principal and Sala Club) through a very comprehensive and complementary programme, demonstrates an in-depth knowledge of the territory and the cultural context and associations within the city, and involves numerous ties and commitments between private associations and institutions and the project presented, evidenced by significant letters of support showing a predisposition and willingness to collaborate. Some of the letters presented show commitments from key organisations such as the Taller de Músics, Xamfrà, the ESMUC, the Tot Raval Foundation, the Catalan Circus Professionals’ Association, La Marfà, La Ciutat Invisible and the Barcelona Community Radios Network. In addition, the project demonstrates a readiness for collaboration on committees with representatives from the sector to generate a meaningful dialogue, as well as establishing collaboration with other festivals and organisations, and offering a range of discount policies as a way of reaching all audiences. The terms include a fixed annual fee of a minimum of €30,000, and a variable fee with percentages that increase in line with profits that must be re-invested in the facilities (which bidders could increase). Use of the venues is free of charge, or they can be rented at a reduced price to local neighbourhood groups for certain festivals. In addition, €20,000 will need to be allocated to projects linked with education, and a further €20,000 to production projects. The winning project meets these requirements with a varied range of grants and initiatives.

The competition, which was inevitable after the granting of successive extensions to the former licence holders, is part of the implementation of the second measure of the Government's Cultural Rights Plan, focused on “Grassroots culture and the cultural sectors: the right to creation, experimentation, research and cultural production”, presented last November. This formula for a new era for the Sala Barts was already being announced as part of the measure, as a starting point for a new municipal programme: the Cases de Cultura de Barcelona. The programme is aimed at implementing new strategies in facilities and venues that already boast a cultural and artistic history in the city, so that they can become hubs for revitalisation in various disciplines.