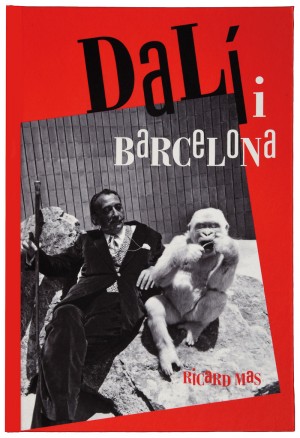 Dalí i Barcelona [Dalí and Barcelona]

In 1974 my parents took me to a Dalí “happening” at Plaça de la Porxada in Granollers. Dalí was surrounded by an impressive throng through which he could be seen pushing his way whilst proudly brandishing his silver-handled cane. I remember him wearing a top hat with a mask, which he removed ever so slowly. I was eleven years old, and I do not mind admitting that I was scared. I asked if we could leave, and we went to have a glass of horchata at La Xixonenca ice cream parlour.

That feeling of strangeness, discomfort and rejection in the presence of an eccentric Dalí can be explained by the sharp contrast between his life and our own orderly middle-class existence. Four decades later, Dalí continues to inspire feelings of strangeness, discomfort and rejection within Catalan society. This should not come as a surprise. Dalí regularly exalted and flattered General Franco whilst relentlessly insulting the most illustrious figures of Catalan culture: “Natural born idiots and mental weaklings such as Joan Sacs, masters Millet and Rossinyol…the idiots Garcés, Soldeviles, Rovires and Virgilis, scoundrels like Pompeu Fabra” (except from a talk at Sala Capsir in Barcelona). For reasons like these, amongst others – such as recommending violent aggression against the Orfeó Català choral society and the painters of crooked trees – Salvador Dalí has not yet had a Barcelona street named in his honour. Present-day historical revisionism it will not make this any more likely. 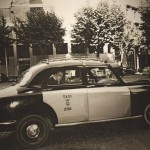 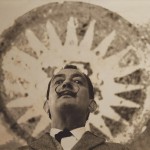 In Dalí i Barcelona, Ricard Mas reminds us that Dalí maintained, in the artistic and intellectual sense, close and fertile ties with the country’s capital city. By default, everyone associates Dalí with Figueres, Madrid (the unavoidable Residencia de Estudiantes cultural centre, where the exceedingly shy Dalí was called “the Czechoslovakian”), Paris or New York. Dalí is not equally associated, however, with Barcelona, a city that he often frequented – during his childhood, as two of his uncles lived there; in his youth, when the city revolutionised his artistic outlook in the 1920s 1930s; and during his adult years, when he would spend one week a year in suite 108 of the Ritz Hotel (now El Palace).

Mas has provided an inventory of Dalinian Barcelona: family origins (it is the place where his grandfather Gal Dalí, of whom the painter never wished to speak, committed suicide); his exhibited paintings; his scandalous talks; the pioneering defence of Gaudí following the lead of Francesc Pujols, author of La visió artística i religiosa d’En Gaudí (1927); the visits by Lorca; frequent visits to shops, brothels, restaurants and theatres; medicine (taken in an ambience of considerable chaos) and doctors; and finally, as is customary, death. 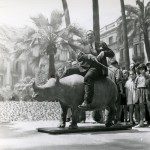 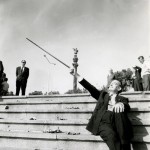 Dalí i Barcelona, by Ricard Mas, succeeds as a very good portrait of Dalí (it is an ideal complement to the biography by Ian Gibson); as a touristic and Dalian guide to the artistic and commercial Barcelona of the twentieth century; as one of the most complete sources of tales about Dalí, including the countless eccentricities of the man who created the current prototype of an artist (later to be followed by Warhol and so many others).

He was always in the company of “genisteaes” (as he referred to female models), secretaries, assistants, drivers, friends and often with the transsexual Amanda Lear, whom he taught to sing the children’s song La lluna, la pruna. Wherever he went, Dalí engaged in histrionic antics, which his harshest critics considered to be utterly clown-like. Self-respecting Catalans of the time preferred Miró – someone that they might actually like to invite to their homes for dinner – to Dalí, whom they considered to be a buffoon and a dauber. Dalí turned himself into a grandiose spectacle, and did nothing to hide from it: “It’s important for everyone to have fun with Dalí’s stuff, right?” Reading Dalí i Barcelona one realises that high marks are in order.