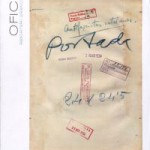 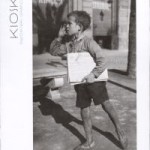 Reporters gràfics. Barcelona 1900-1939 sets out to recover the legacy of Catalan photography in the first three decades of the 20th century until the Civil War, a period that witnessed the birth of photojournalism.

The authors of this volume conducted exhaustive research in the newspaper and magazine libraries, allowing them to rediscover the work of 27 of the most representative photojournalists of the time, from those that are still well known – such as Merletti, Pérez de Rozas, Brangulí or Centelles – to a whole spate of professionals who the passage of time and the silence of the Post-War had condemned to oblivion: Badosa, Torrents, Gaspar, Casas, and so many others.

The team members came from the Everyday Life Observatory, an association that had already worked on various other photographic investigation projects and publications, such as Cops de gent 1890-2003 [Crowds of people]. Aided by different collaborators, the anthropologist Andrés Antebi, the historian Pablo González and the journalist Teresa Ferré explored the press of the period in order to research the career of photographers who had fallen into anonymity. The authors contacted their relatives, examined the archives and studied and selected the most relevant images. They consulted a broad range of sources: 20 family archives, 32 archives from public institutions and museums and 95 newspapers, as well as magazines and journals from the period.

All this work was carried out with a decidedly historical perspective, placing publications and characters within the framework of the main historic events of those intense first three decades of the 20th century. Readers are transported to the events of the so-called Tragic Week of 1909, the dictatorship of Primo de Rivera, the Universal Expo of 1929, the Republic and the Civil War. They also re-live scenes from people’s working, religious and sporting lives during those years.

The work has been published in two volumes, presented in a carrying case. The first one is prefaced with an introduction by Xavier Theros, and contains the majority of the texts. These give a chronological and thematic analysis of the technical and professional revolution of photojournalism, how it related to the media and the authorities, and its successes and sorrows. It also includes some totally new information in the form of quite comprehensive biographies of each one of these 27 photographers. The personal contact of the authors and other collaborators with the photographers’ relatives, friends or acquaintances played a fundamental role in creating these biographies.

The second volume, which is more than 280 pages long, provides a chronological compilation from newspapers and magazines and photographs of the reporters studied to give a veritable compendium of our graphic past.

This publication emerges within the climate of growing interest in documentary photography in recent years. Reporters gràfics. Barcelona 1900-1939 offers the added interest of being based on in-depth historical research that has uncovered forgotten figures and thrown up unpublished material. A task for which the project sponsors, and more particularly the Observatory team, should be thanked.