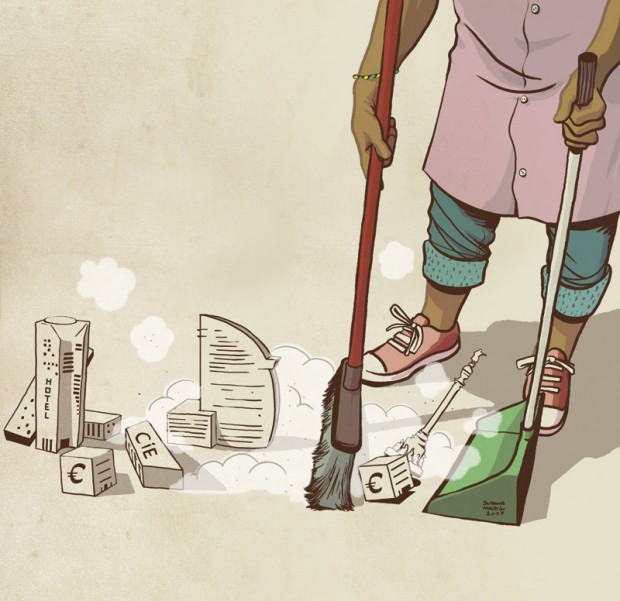 Traditionally, the roads and transportation in cities have been planned with a focus on the labour market and the economy instead of on public services, shops, schools or primary health-care centres and so on. In this context, urban planning for everyday life aims to rethink, or even completely change, the way we organise the city with a view to fostering a more human approach rather than prioritising the use of the city for almost exclusively productive purposes. Barcelona City Council intends to address this challenge from an equality perspective underpinned by feminism. The strategy includes actions aimed at, on the one hand, preventing women from being discriminated against and, on the other, equalising the participation of women and men by, for example, ensuring that care-giving tasks are not shouldered predominately by women.

The following pages outline the primary issues that must be addressed on this journey: issues related to mobility, labour and safety as well as combating the feminisation of poverty and tackling the problems caused by gentrification. The paradigm shift needed to create a caring city is described here in articles by Sara Ortiz, Blanca Valdivia, Clàudia Rius, Carla Alsina, Socorro Pérez Rincón, Esther Fernández Cifuentes, Zaida Muxí and Gerardo Santos.