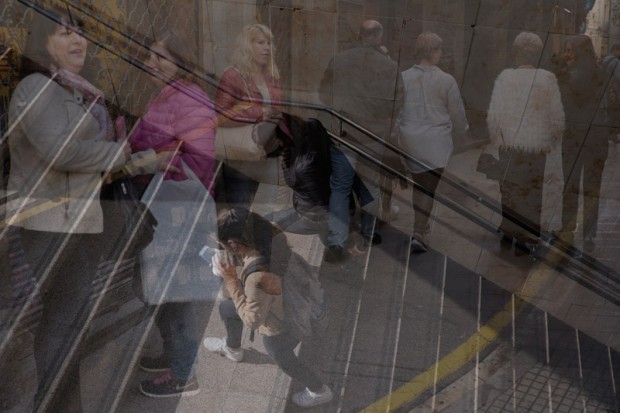 We find ourselves plunged into a period of crisis that promises major changes, and it is in the cities where those changes will be seen. There are several reasons why cities are taking centre stage: since 2008, the majority of the world’s population has been living in urban environments; local governments both suffer from and take advantage of the challenges and benefits provided by the people who live there; and cities are highly complex systems, and thus fertile ground as incubators of change. And these changes will undoubtedly be shaped by feminism.

What will make these changes feminist in nature is that they will be based on life, not production; on health, not depredation; on collaboration and mutual support, not on competition. In short, these are all values that have been held by feminists as far back as Christine de Pizan, who, between 1404 and 1405, as chronicled in her book La ciutat de les dames (The City of Women), dreamed of and described a city that would live on throughout the ages, where peace would rule and women would be treated on an equal footing with men.

For centuries, feminist utopias and practices have been mirrors through which we can look at another possible way of structuring our society and, thus, a possible different future. Since the time of the Beguines sisters, who created an alternative world to the dominant way of life, one of sisterhood and support, living outside the norms established for them in the 1300s, right up to the mothers’ houses that emerged in the 1980s as a space for self-managed care, support and training by women of a given neighbourhood.1

The changes I am imagining will be facilitated by technology and will transform the world of productive labour that has been in place since the industrial revolution. Up to now, machines have been used to produce more and more, in line with competitiveness and productivity, which are understood in terms of quantity, without taking into account their collateral and future impacts. I can imagine a society that is aware of the finiteness of things, that takes into account the preservation of life and resources; with that in mind, a different organisational system is required. The depredatory patriarchal system has led us down a dead end. For that reason, we are now talking about a future in which working will be a facet of our lives, but not the dominant one, because the time for relationships, politics and commitment to our natural and social environments will predominate. A world of shared and co-managed times and spaces, of non-commercialised, social times and relationships in which remunerated work will continue to be necessary but will not be the basis for our existence nor that of our cities. As the philosopher Marina Garcés said, in October 2016, during an open lecture at the Barcelona Institute of Humanities (IH) concerning the future of the study of Humanities, which still continue to be a reflection of our future as humanity: “What is ultimately at stake is what it means to be human, the victory ‘over what is necessary versus what is imperative’; that is to say, between the necessity to live faithfully to the sense of what it is to be human and the imperative of the epistemological project that is capitalism”.

Care as a priority and an essential principle

The cities I would like to imagine for future generations will have care as a priority and an essential principle. Care in its multiple forms, care of oneself and of others, of caring for and of being cared for. Cities that are planned for the priorities of life and the different needs of each person, according to their age and abilities. Cities that do not expel, but receive; where no one is excluded because all persons, no matter their differences, can contribute to a collective construction for the common good.

The time will come when the physical parts of the city, particularly its structures and infrastructures, will be enough, perhaps even surfeit, and it will then become necessary to interweave and shape things from what is already available for different daily needs. We can again trace the history of women’s contribution to cities. The city that was intended to be a reflection of power but forgot — and forgets — its most vulnerable populations has long symbolised, and still symbolises for many women, the opportunity to contribute and work towards the improvement and humanisation of spaces and forgotten sectors of society, by working with local residents and external persons, paving the way towards a social, economic, educational and spatial transformation.

In this city of the future, vehicles for individual mobility will fall into disuse, irrespective of their energy source, since the public space is shared and, as it is scarce, it cannot be overused by individuals. Quality and diverse means of public transport will allow commuters to travel to all areas with ease and the majority of the public space will be available to people. As yet undeveloped uses for transport technology will be adjusted to meet the changing needs of society, with frequencies that can be modified according to need, routes altered to meet peaks and troughs in demand according to timetables, and so on.

The city of the future will be loved and cared for both by permanent and temporary residents who, in turn, will feel protected by it. A slower, friendlier city that is in harmony with its natural biodiversity, its productive and reproductive surroundings. It will be accessible to nature, which creeps in to soften the hard stone inherited from the 19th and 20th centuries. A city that does not expand outwards to infinity and that gets its energy from the sun and wind; that recycles and reuses rainwater and wastewater.

A city in which we can choose how we live in our everyday, domestic surroundings, with options for different lifestyles, and shared, collective spaces for nutrition, different needs and care. A city that adapts itself in line with our ages and needs.

No doubt, to those who are aware of feminist writings about cities, all this will sound right and proper. Although there is still a long road ahead, signs of change are already emerging from new municipal forces, which, in the case of Barcelona, are undoubtedly feminist and are giving space, visibility and a voice to people who want to imagine and wish to work towards this city that seems more possible with every passing day.

1. SPAIN, Daphne. (2006) “The Importance of Gendered Spaces for the Public Realm”, in Urbanism and Gender: A Necessary Vision for All. Barcelona: Diputació.

One thought on “A different future is possible”