All roads lead ... to the Roman la Mercè

With the language of music, cinema, dance and even puppets. These are just some of the ways in which la Mercè speaks to you about Rome, this year’s guest city at the Festa Major.

They are great cities, they share a culture and a way of life that is one hundred per cent Mediterranean and they can be considered, as they say, blood brothers. It is no coincidence that Italians are the largest group of foreign nationals living in Barcelona. Now la Mercè is celebrating the ties that bind it to Rome by inviting the Italian capital to the Festa Major, from 23 to 26 September. Do you want to get to Rome? Then follow the roads... laid out for you by la Mercè 2022.

Every year since 2007, artists from the guest city have been invited to take part in the festival to share their culture and talent. It is one of Barcelona's ways of showing its ties and sharing projects with major metropolises around the world. This time you will find Rome-related proposals not only at the la Mercè Street Arts festival, but also at the Mercè Música, the Barcelona Acció Musical, the International Pyrotechnic Festival, the Filmoteca and in the Plaça de la Mercè, which is converted into an open-air cinema.

The Italian capital is one of the cities that has been most portrayed by cinema. It is a great centre for film production and the setting for the masterpieces of many a director. We will see some of them in three al fresco film sessions organised during the main festival in Plaça de la Mercè. On Friday, 23 September, the square will pay tribute to the soundtrack composer Ennio Morricone (who died in July 2020), in a show where we will not only listen to his compositions, but we will also see images of the films in which he took part. They will be performed by Le Muse, an Italian chamber orchestra made up of women and just one man, all of them renowned musicians. Over the next two days, and in collaboration with the Casa del Cinema de Roma, the films Roma by Federico Fellini (Saturday, 24 September) and La grande bellezza by Paolo Sorrentino (Sunday, 25 September), will be screened.

If you're looking for more Italian cinema, you'll find it in the two films aimed at kids that will be shown by the Filmoteca de Catalunya during the festival, as part of the programme known as Filmoxica: the neo-realist film Umberto D, by Vittorio de Sica, and the animated film Trash, by Luca Della Grotta and Francesco Dafano.

The large and small concerts that fill the city are some of the most iconic activities of Barcelona's big annual festival. Among the huge number of performances scheduled to take place over these days, there are some that are not to be missed, including those programmed for Música Mercè 2022. First, a concert by Alessandro Mannarino or, as he is usually known, simply Mannarino, will be held in Avinguda de la Catedral. During Live 2022, you’ll get the chance to enjoy a concert that has been seen in large stadiums and public spaces in Italy from a singer-songwriter who is very well known in our neighbouring country and who is at last coming to play live in Barcelona.

One of the great moments of the musical Mercè will be the performance from Vinicius Capossela, one of the legends of Italian folk music and song, with more than thirty years of hits under his belt. He'll be revisiting these hits in a great show entitled Round One Thirty Five - 30 Years of Personal Standards, celebrating the thirtieth (now thirty-first) anniversary of the release of his first album. Don’t miss out because this is the first time Vinicio Capossela’s show, which has been taken all over Italy, has left the country.

The Italian musical festival continues at the Teatre Grec de Montjuïc, which Rachele Andrioli will be filling with female voices in the show Coro a Coro. It is a proposal based on polyphonic singing that aims to put women centre stage, this time performing works of popular music and songs from singer-songwriters from different countries.

If we talk about Italian music, for many people the first name that will come to mind is that of Mina, the great and legendary voice from our neighbouring country. This year, the concert given by the Orquestra Simfònica Vozes each year in Plaça Major de Nou Barris is dedicated to her. The young members of this group will be accompanied in this musical tribute to Mina by Marta Valero, a mezzo-soprano who is not only familiar with the more classical operatic repertoire, but also with the contemporary genre, and who, in this edition of La Mercè, will give new life to the songs of one of the greatest artists of all time.

In a more intimate format, the gardens of Doctor Pla i Armengol will be the setting for a concert by Italian musician Paolo Angeli, who in his latest work Rade brings folk music bang up to date, combining it with electronic sounds, jazz and post-rock, among other rhythms.

Dance and street arts with an Italian accent

The Mercè Arts de Carrer, the great festival dedicated to circus, theatre and dance in their most diverse forms, is once again one of the key elements of la Mercè. And here you will find examples of dance such as If You Were a Man, a choreography by Mauro Astolfi, performed by four dancers from the Italian company Spellbound Contemporary Ballet, which talks about listening and silence. Also by the same choreographer, the company offers a duet titled A Better Place, which we will be able to see at the Parc de la Ciutadella.

But if you really like dance, don't miss the pizzica workshop (a traditional Italian dance from the Tarantella family) named La ronda di Pizzica. Come down to Parc de la Ciutadella, form a circle, follow Andrea de Siena's instructions and learn how to dance the pizzica.

The MAC Festival also features a very funny musical proposal, also hailing from Italy, and starring Marlon Banda. It is the Marlon Banda Show, where music, theatre and humour come together in a celebration of rhythm and irreverence. And if you want to say goodbye to Rome, when you visit Parc de la Ciutadella, look for the Orchestrina Caramelle in the food truck area, because there will be a show called Arrivederci Roma in which, accompanied by a violinist and an accordionist, the Italian singer Francesca Frigeri, who has settled in Barcelona, will revisit some of the most popular songs of Italian music.

But if the Italian stage tradition has a name, it is that of the commedia dell'arte, populated by characters such as the famous Pulcinella. From this tradition comes the Teatre San Carlino, a centre for the creation of puppet theatre founded in 1968 and located in the Villa Borghese park in Rome since 1995. Come and see them perform in the show Pulcinella in Favola and discover a group of puppets rooted in the best tradition of Neapolitan theatre.

Rome's presence will also extend to the city's night skies. The International Pyrotechnical Festival will once again paint the skies with light and colour in a spectacle that can be seen from the Espigó del Gas on the Barcelona beach and which will be organised with the participation of a Roman pyrotechnical company.

Finally, in the context of the la Mercè Rome celebrations, the Barcelona History Museum /MUHBA) will be reopening the ruins of the ancient Barcino. And we cannot forget that Barcelona was founded, more than 2,000 years ago now, as a Roman colony and so the creation of the city inevitably has much in common with the inhabitants of ancient Rome. We will remember this in a Festa Major dedicated to both today’s Rome, and the Rome of thousands of years ago.

Welcome to the great Roman festival of la Mercè 2022. 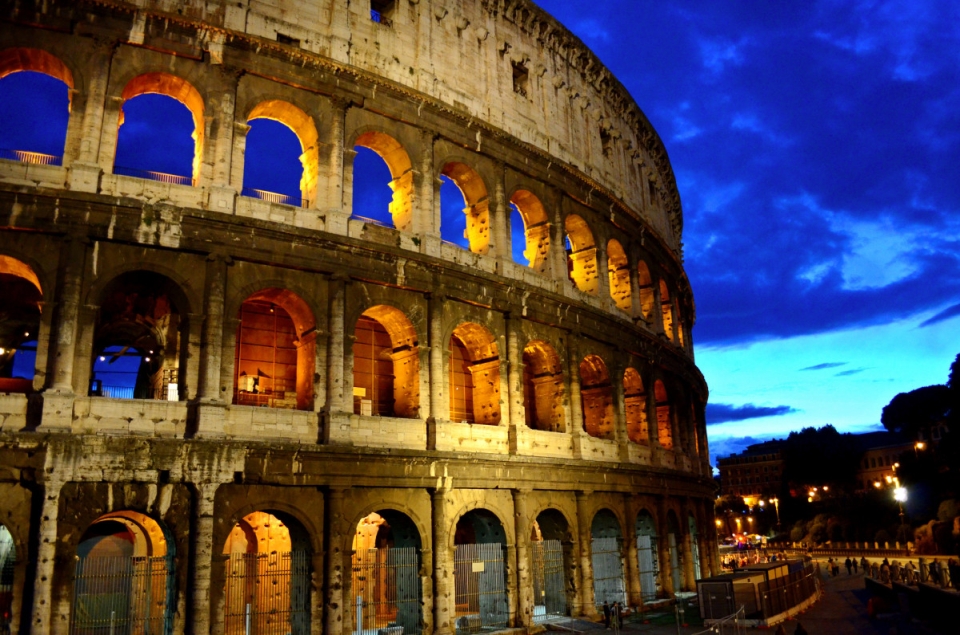