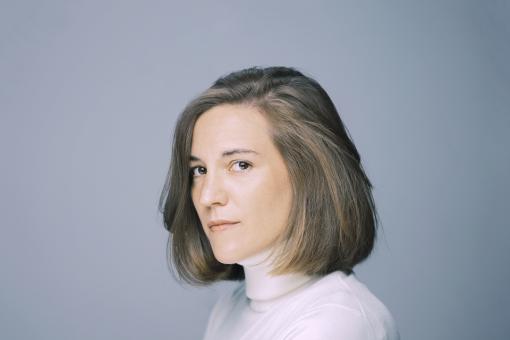 The Barcelona-based film-maker, whose work has marked a watershed in Catalan cinema with two films screened at the world's most prestigious film festivals and events, will be the opening speaker at this year’s la Mercè festival.

Sometimes it's not what you look at that matters, but how you look at it. And here, possibly, lies the key to the success of Alcarràs, a film shot in Catalan at a small location in the Segrià county which was screened at the last edition of the Berlin Film Festival and carried away a Golden Bear for best film. It seems simple, what Carla Simón did: portray what would possibly be the last harvest of a family who, having toiled their land for eighty years, have to leave behind the peach trees that have been a part of their lives and which would soon be replaced with solar panels. It’s a simple narrative, with a humanist view of land, agriculture and tradition. Because, as Carla Simón herself says, what she tells is a story “about belonging to a land, to a place. A drama about everlasting generational tensions, the overcoming of old traditions and the importance of family unity at times of crisis”. The director’s neo-realist and profoundly honest approach shapes a film that could have easily been a tear-jerker, were it not for the wise restraint of the woman behind the camera throughout...

The woman behind the camera (nothing to do with the Dziga Vertov film) is not just any woman, but a thirty-something film-maker with a cinematographic and personal maturity that are hard to find. These are maybe gifts or talents that come to the fore at the harshest of times. Anyone who wants to know how and why Carla Simón is the way she is would maybe have to see her first feature film, which she shot in 2017 and which the Spanish Film Academy chose to represent Spain at the Oscars®. It was Estiu 1993, a film based on the director’s childhood, for which she also wrote the script, and which portrayed the summer of 1993 when, after the death of her parents from AIDS, a six-year-old girl goes through the process of adapting to a new life with her uncle and aunt who live in the countryside. “The film is very close to my life”, she explained, more than once. It takes a lot of maturity to tell such a hard story that is so close to home accurately, subtly and with  just the right level of emotion. The story of Estiu 1993 may be sad and cruel, but it produced a film full of light and life, with an essential vision.

Surprisingly, the girl that left Barcelona to go and live with her uncle and aunt at Les Planes d’Hostoles, in La Garrotxa, hardly ever watched television as a child. And that's because her dream was not to make films but to travel and, perhaps, work as a journalist for a magazine that would send her to the four corners of the world. But one day, while studying for her baccalaureate, she watched the screening of a film by the Austrian Michael Haneke and discovered that films, apart from telling stories or showing landscapes, invited her to reflect and, who knows, find out whether she could manage to change some aspect of reality. So she studied Audiovisual Communication at the UAB, took a master's degree in film studies organised by Televisió de Catalunya and travelled to the UK to take another master's at the London Film School. It was while she was living in London that she filmed the documentary Born Positive and the short fiction Lipstick. The feature film that came after Estiu 1993 is the one screened at the Berlin Film Festival which won her the the award for best first work. And after her short film Después también, where she talks about the AIDS that changed her life, came Alcarràs, which brought her a Golden Bear (for her second feature film!) to add to her long list of awards, including the Catalan government’s 2020 National Prize for Culture.

Today, as she thinks about the next film she’ll be producing, Carla Simón is doing some of the things she most enjoys, such as travelling. No, maybe she’ll never be a travel journalist, but the approach she applies to the realities she depicts in her films will open up a few doors in the minds of many people and, who knows, maybe transform a few lives, besides her own.