David de las Heras, the creator of this year's la Mercè poster, brings together three generations of Barcelona residents in one festival image.

If you like the poster, you can pick up a copy at the Sala Ciutat (C/ Ciutat, 2) or the Palau de la Virreina (La Rambla, 99), while stocks last. You can also download it from the municipal website Barcelona Posters.

David de las Heras was born in Bilbao in 1984, and he came to Barcelona to train at one of most renowned illustration schools in Spain, the Escola Massana. He then lived in Madrid for a few years, but ended up returning to the city. During the years he has lived in the Catalan capital, he has experienced not one, but many editions of Barcelona’s big annual festival, or Festa Major. Over the years, he will certainly have changed the clothes he wears, his hairstyle, his appearance. And during those years he will have grown, physically, but also in the mastery of his art, which he now applies to both illustration and painting. Should he stay in the city long enough (and he doesn't seem in much of a hurry to find another one), an old David de las Heras will end up watching the giants or the fireworks in the International Pyrotechnics Festival, just as the young David did when he first arrived in the city.

This way of understanding la Mercè, as a festival, naturally, but also as an experienced seamstress who is able to sew and resew the lives of Barcelona residents together, uniting one generation with the previous and the next, is perfectly expressed in this year's poster. As David de las Heras explains, la Mercè “crosses through our lives, combining one with another”. And in a vision that almost evokes quantum physics, this talented artist reminds us that La Mercè “is all of the La Mercès it has ever been , those it will be, and the la Mercès of those who will come after us”. You can find all of this in an image that may portray three generations of Barcelona residents, united by la Mercè, but which may also show one individual confronted with all the la Mercès of their life, i.e. with each of the stages of life they have lived through during their existence. Decide for yourself after you see the portrait of these three citizens with their feet splashing in the Mediterranean, the sky and the city's most emblematic features and constructions rising up around them, showing us who we were, who we are and who we will be.

This is all the work of an artist who places special importance on the human figure, always with a psychological side which is present in both his illustrations and his oil paintings. The illustration he has created for the 2022 Big Annual Festival is rounded off with a review and recovery of some of the typographies from La Mercè posters over time, and which have been created by Arauna 131, the union of graphic design studios Arauna Studio and 131.

A graduate in Fine Arts from the University of the Basque Country, and an Escola Massana graduate in Illustration, David de las Heras has exhibited his paintings in countries such as Germany and Portugal, as well as in the galleries of many Spanish cities. We have seen works that sit somewhere between a contemporary graphic style and classic pictorial tradition. He has also published books as an illustrator, including Martín, de grumete a capitán, [Martin, from cabin boy to captain] with texts by Arianna Squilloni, and Atlas de la España imaginaria,[Atlas of an Imaginary Spain], by Julio Llamazares. He has also created book covers, including those for Instrumental, by the pianist James Rhodes; Kalimán en Jericó, by Àngel Burgas, winner of the 2015 Book of the Year Junceda Award and most recently, for the works of the Japanese author Haruki Murakami and novels such as Heart of Darkness, by Joseph Conrad, and Planet of the Apes, by Pierre Boulle. The artist has also published illustrations in newspapers such as El País, ABC's cultural supplement, various front covers of El País Semanal and in international media, such as the Financial Times, The Economist and Die Zeit. He has also worked on official campaigns for the Cincinnati Opera, Barcelona City Council (Sant Jordi) and the City of Madrid, among others. 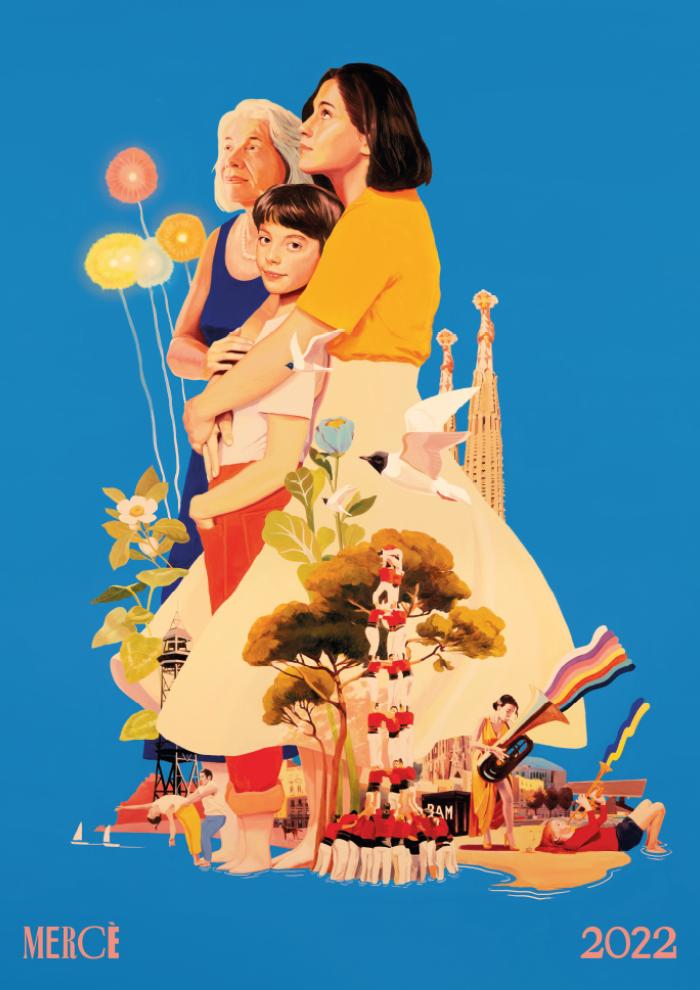