Divides that separate, bridges to be built 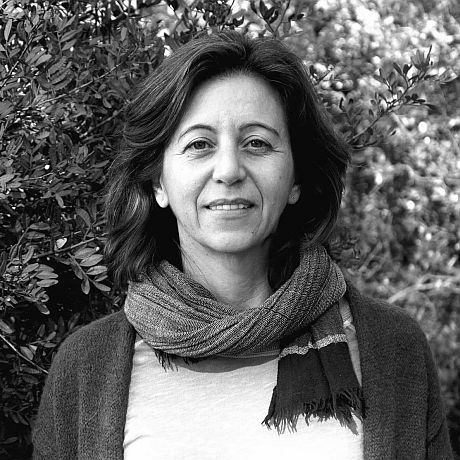 Professor of Political Science at the Universitat Autònoma de Barcelona (UAB). Her main areas of research are comparative public policy and the reform of welfare states.

Europe’s economic reconstruction in the second half of the 20th century focussed on providing liberal democracies with institutions that would protect citizens’ social rights. And that formula worked for four decades. However, in the 21st century, the rise in unemployment and poverty, and the reduction in social spending because of the crisis, the divides between the rich and the poor are progressively widening and the bridges that have been built are becoming less and less passable.

In 1995, the Colombian sculptor Doris Salcedo created a giant crack in the Turbine Hall at the Tate Modern in London. From above, or from a distance, it looked like a mere optical illusion. How could they split the reinforced concrete floor of the old factory on the South Bank of the English capital? Up close, however, the full magnitude of the fissure could be appreciated. Visitors approached the crack and stuck in their hand, foot or head to check that the floor was indeed split open.

Salcedo entitled her work Shibboleth, an unpronounceable word for the descendants of Ephraim that served to distinguish them among the Gileadites, according to the Old Testament’s “Book of Judges”. The sh sound in a word became a sort of Star-of-David language, and it is said that more than 40,000 Ephraimites were sacrificed for not being able to pronounce it. In her work, Salcedo sought to depict the damage caused by the division of peoples, origins, languages, races or riches.

We often draw on the metaphorical image of the divide, chasm or gulf to refer to social divisions that, beyond marking differences, generate, reinforce and perpetuate inequalities. Some years ago, Joseph Stiglitz penned one of the most important books on corporate capitalism and the inequality it generates, which he entitled The Great Divide. Diversity enriches our complex societies but differences become an issue if they are used to stigmatise, if they diminish our capacity to make decisions in life, if they limit opportunities, if they free some and trap others. Post-war Europe’s dream of the welfare state did not aim to eradicate social divisions. The Marxist critique is right in condemning the absence of revolutionary spirit in that model of social Europe, but agreeing on the urgency of providing liberal democracies with institutions that protect citizens’ social rights, guaranteeing acceptable levels of social peace, marked an unprecedented milestone in history. Hunger does not bring any worthwhile progress or freedom. Nor does the absence of education, decent housing, health or welfare. The social and political consensus of that time led to a major rolling out of social policies and a sharp increase in social spending.

During the four golden decades that followed the end of the Second World War, Europe’s economic reconstruction was based on macroeconomic, monetary and employment policies founded on a basic premise according to which markets can and must be regulated. Put in perspective, the economic downturn that broke out in 2008 and austerity policies as a measure to tackle the crisis are the culmination of a conscious movement of eroding the principles that underpinned the spirit of 45 and to which we refer with the worn-out term of neoliberalism. The combination, on the one hand, of the increase in social demand on account of the crisis (in terms of unemployment, poverty and social exclusion) and, on the other hand, the major reduction in social spending has widened the divides separating us and has made the bridges, if they still exist, seem less passable.

From the vantage point of a certain time span and an abundance of analyses, today we know that the rise in inequality is much more marked in some countries than in others, and is mainly caused by the loss of income of those on the lower end of distribution, while the higher end has been barely affected. In Europe, the collapse of the lowest-income households has been much more pronounced in the south. In the 2008-2013 period, the loss of income of the lowest decile was 51% in Greece, 34% in Spain, 28% in Italy and 24% in Portugal (Pérez and Matsaganis, 2018). The rise in inequality due to the worsening living conditions of lower-income households implies a higher risk of poverty for these households, unless the welfare state takes action. Whereas the percentage of people at risk of poverty and social exclusion in the EU-10 did not vary substantially before and after the crisis, in Mediterranean countries, especially in Spain and Greece, the effect was considerable. In Spain, the poverty rate rose from 24% in 2008 to 27% in 2017; in Greece, it increased from 28% in 2008 to 35% in 2017.

The rise in inequality is mainly caused by the loss of income of those on the lower end of distribution, while the higher end has been barely affected.

The changes in new social needs in absolute terms were even more dramatic: the population at risk of poverty increased in Western Europe by 4.4% between 2008 and 2013, almost all concentrated in southern countries: even if we compare what was probably the worst year of the crisis, 2013, with 2008, out of a total of approximately 7.2 million people at risk of poverty, 5 million lived in the south. In Spain, over the course of almost a decade, the risk of poverty has climbed by 13.4%. Furthermore, the very idea of poverty has changed over the crisis. According to some microsimulations, people who were in the poorest decile in 2013 (the “new poor”) experienced a much more severe loss of income between 2009 and 2013 than those who were in that same decile in 2009, in other words, the “old poor” (Matsaganis and Leventi, 2014). To put it simply, today’s poor are poorer than the poor before the crisis. In addition, in the lower-income decile there are now more unemployed people and fewer pensioners, so the profile of the person at risk of poverty and social exclusion is that of someone potentially active in the labour market. In all southern European countries, the pension system has managed to protect the elderly population from the risk of poverty: it increases the proportion of pensioners over the total population, while at the same time reducing their representation among the poorest people. However, the welfare state has not had the same reaction capacity in the case of poverty in households with minors. If we take relative child poverty (the ratio of households with persons under the age of eighteen that fall below the poverty line, measured as half of the average income of all households) into account, Spain had the worst record in 2015, again because the collapse of low incomes affected many households with children and on account of the limited action of policies aimed at families in vulnerable situations.

Austerity policies coupled with the extraordinary recovery of unemployment made our welfare state “return” to a classic design in which preserving pensions and unemployment benefit called for sacrificing everything else.

The sharp increase in social demand in Spain (at the height of the crisis unemployment reached 26% of the active population), and in Mediterranean Europe in general, could have been mitigated by redistribution policies that offset the loss of income of major sectors of the population. However, the trend in spending during the economic downturn managed to protect some groups but plunged many others into destitution and marked a very significant break with the pattern of European convergence in the decades preceding the crisis. The drastic budget cuts of the last three years of economic recession and a certain maintenance of spending in the other EU countries meant that the difference compared to the average of the European Union countries began to widen, which is why the starting levels for the year 2000 have been recovered. In virtually all of the social budgets, the cuts return us to the levels noted more than a decade ago, when we were more so at the bottom of the ladder of European welfare systems.

In short, austerity policies coupled with the extraordinary recovery of unemployment made our welfare state “return” to a classic design in which preserving pensions and unemployment benefit called for sacrificing virtually everything else, especially the most marginal policy areas from the budgetary point of view, such as housing, family or social exclusion, but also more universalist ones, such as education and health. Today we have a diminished capacity to tackle new social risks. The evolution of education and health is equally alarming given the important role they play in meeting basic social rights and their elements of social investment. In both cases, the four southern European countries spent approximately half of what the rest of the western European countries spent in 2015, pointing to a significant weakening with successive cuts. The situation was particularly dramatic in Greece, where per capita spending in 2015 was around 59% in education and 64% in health below the EU-10 average.

A decade of austerity has left us with a landscape riven by deeper divides, where fragmentation is, in turn, ever more complex.

Almost a decade of austerity has left us with a landscape riven by deeper divides, where fragmentation is, in turn, ever more complex. The gap between the rich and the poor has widened since the latter are, in relative terms, worse off than they were in the years before the crisis. In Spain, the rise in poverty is a reflection of this inequality and the limited capacity of our welfare state to offset or mitigate these disparities. Differences that for some become chains even before birth. Disadvantages have a multiplier effect with major ramifications. Well into the 21st century, social determinism that links life expectancy, health or academic success to the level of income is at variance with any social emancipation initiative. In cities such as Barcelona, these dynamics exacerbate horizontal segregation according to which different social groups interconnect less and less. Numerous and varied invisible Shibboleth overlap in the urban landscape to create the map of inequality. This is not new, capitalism has always had a difficult spatial expression, but what Doreen Massey calls power geometry today, more than ever, calls for political responses from different governance fronts. Recovering a common life project will require large doses of courage and audacity.

Professor of Political Science at the Universitat Autònoma de Barcelona (UAB). Her main areas of research are comparative public policy and the reform of welfare states.