The (global) city’s not for me 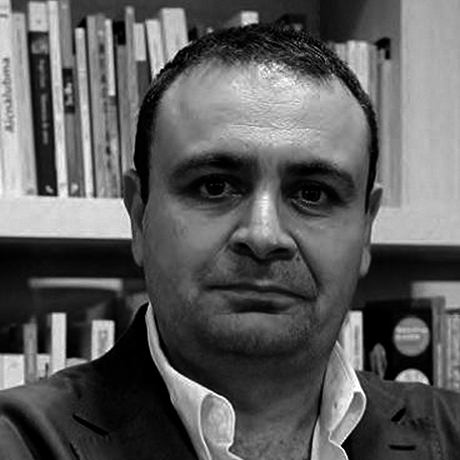 Sociologist, political scientist and philosopher Ignacio Sánchez-Cuenca is a professor of Political Science at Carlos III University in Madrid.

The conflict isn’t between urban and rural, it’s between large global metropolises and medium- and small-sized deindustrialized cities. The former embody the spirit of our era and are the protagonists of economic and cultural globalization; the latter have missed the train of history, are sceptical about the future and are nostalgic for a past they associate with order, prosperity and national pride.

The large global metropolis embodies the spirit of our era, while small and medium-sized deindustrialized cities are sceptical about the future, with nostalgia for a past they identify with order, prosperity and national pride. The conflict between the two has replaced the old feud between city and country.

The old conflict between city and country seems to be a thing of the past. It’s tied to a phase of economic development that wealthy countries overcame some time ago. Nevertheless, it seems to have taken on a new form, reactivated by the economic recession and the crystallization of the most unequally distributed consequences of economic globalization.

Large cities, global cities, have been transformed into hubs for our economic, business and cultural networks on a transnational scale. They’re capable of drawing in globalization’s winners, and they’re where talent, skills and cosmopolitan ideas come together.

The development of global cities causes us to question some basic consensuses on the meaning of economic redistribution, political sovereignty and the nature of the state as a political unit.

The economic logic that makes global cities centres of dynamism and innovation condemns old industrial cities to irrelevance. This fracture has political consequences. The inhabitants of urban centres far from the currents of globalization feel unprotected, like they’ve been abandoned by traditional parties. Under such circumstances, new parties appear that promise to turn the situation around as they attack the values embodied by large global cities. We still haven’t found the tools to deal with this new conflict.

During the process of economic and social modernization, countries suffer from a country-to-city exodus. Large numbers of people abandon the agricultural world and move to urban centres. Sociologists and economists have analysed this historical transformation and its many consequences in great detail.

The interests and needs of city dwellers don’t necessarily match those of rural people. As a result, during industrialization recurring conflicts arise between urban and rural, especially regarding taxation and commerce.

After the post-war period, in the so-called “glorious ‘30s”, it seemed that the old conflict had been entirely overcome in Western countries. As a matter of fact, by the ‘80s the role of agriculture in the economy had become minuscule, especially when measured according to the number of workers still employed in the rural world. It’s no surprise, then, that the agrarian parties typical of Scandinavian Europe had to reinvent themselves in order to survive, as the economic importance of the land shrank.

Political parties stopped talking about the urban-rural conflict, or in any case rural areas were redefined as a disadvantaged sector needing protection. In Spain, rural abandonment has reached such an extreme that the debate on “empty Spain” has become highly significant. A drive down a Spanish highway with no towns to be seen for scores of kilometres is and extremely unusual experience for Western Europe.

The 2008 economic recession put the political systems of developed countries off kilter. On the one hand, the many sacrifices and adjustments that had to be made were not made symmetrically; the brunt was faced by the most disadvantaged parts of the population. As a result, indicators of inequality have risen significantly, especially in countries like Spain with more inefficient redistribution systems. On the other, the recession made the consequences and contradictions of the current globalization process much more visible. Among other things, this has meant that the winners and losers of economic globalization have become much clearer.

The crisis of the party system

These changes have ended up affecting our party system, which is in the process of being dismantled. This can be seen in phenomena like the fall of social democracy, whose level of support is the lowest it’s been since World War II, or in the rise of xenophobic or radical left-wing parties. In this accelerated transformation, one of the most notable phenomena is the territorial segregation of the vote. In Italy’s latest election, the South went massively for the Five Star Movement, while the North went for the Lega Nord. In the Trump election, votes for the Republican Party rose in the deindustrialized Rust Belt. In the referendum on Brexit, Londoners voted largely in favour of remaining, while medium- and small-sized towns in northern England voted to leave. In French elections, the National Front has passed the 20% threshold nationwide while winning less than 5% in Paris. And in Spain, Podemos earned many more votes in large cities than in medium- and small-sized towns.

What’s going on, exactly? Why are such clear geographic lines appearing in support for parties (old and new)?

It isn’t the old division between city and country, that seems clear. Rather, territorial divisions overlap with divisions between analogue and digital (Belén Barreiro), between those that have the cultural, labour and economic resources to fully experience the digital and global transformation of society and those relegated to the sidelines of this transformation either because they don’t understand it, because it doesn’t interest them or because they can’t hop on board, even if they would like to.

To put it another way, this new opposition has to do with the division between the old industrial economy and the new global economy, in which added value requires high qualifications, the flow of information, networking and spatial concentration (as can be seen in the many reports on economic geography of the last quarter century).

Therefore, the conflict isn’t between urban and rural, it’s between large global metropolises and medium- and small-sized deindustrialized cities. The former embody the spirit of our era and are the protagonists of economic and cultural globalization; the latter have missed the train of history, are sceptical about the future and are nostalgic for a past they associate with order, prosperity and national pride.

Global cities are heterogeneous, multicultural, promiscuous and vast. They attract well-prepared young people and tourists from all around the world. Executives from across the globe buy apartments in their historical downtowns, large corporations set up shop there, and they also house the best universities. They’re aware of the advantages of globalization, and they adopt a cosmopolitan attitude favourable to international integration and the free movement of individuals.

Old industrial cities watch their youngest inhabitants leave, watch the value of their urban property fall (or, at least, see it grow far less than the value of housing in global cities), are unsure about their economic future, and feel neglected and abandoned by political elites. Anyone who promises to bring back the good old days and revitalize their social fabric captures their attention and interest, even if they plan to do so by expelling all outsiders.

The winners and losers of globalization

Of course, this distribution isn’t homogenous or total. Global cities also have neighbourhoods full of fragile, dispossessed citizens without opportunities, and deindustrialized cities also have economic elites. Still, the conflict we’ve mentioned is undeniable, and can help us to consider challenges and conflicts that are just around the corner.

The danger of global cities is clear. They may think that they’re in a league of their own, that they’re far above existing states and that they generate new power relationships on a nonstate level, new forms of identity and political loyalty, new forms of redistribution and new ways of thinking about politics.

New power relationships because a network of global cities can be more powerful and dynamic than an alliance of states. It’s as though we had a great number of Singapores forming a network to disrupt our territorial borders.

New forms of redistribution because the welfare state has gradually grown awkward, incapable of correcting the levels of inequality to be found in global capitalism. As a result, housing is now one of the main sources of economic security. Anyone with a home in a global city knows that the revaluation of their asset is guaranteed, that it’s an investment that can help them to face eventualities; meanwhile, a home in a decadent town is just a place to live, without providing any economic insurance.

And, finally, new ways of thinking about politics because the traditional concept of sovereignty associated with a nation occupying a broad area with borders, with the supreme and constituent capacity for making decisions, is being torn apart with the rise of global cities. Global cities don’t care about traditional states.

Between complacency and resentment

The success story of global cities encourages complacency. At the same time, it generates resentment among the losers, and this resentment is generating a reaction in many different places. It’s a reaction against cosmopolitanism, against economic elites that spend half the year in the capital of their country and the other half in London, Paris or New York; against well-intentioned rhetoric on welcoming immigrants; against sophisticated people and experts; against high culture and the astronomical cost of housing in the centre of large cities.

The success story of global cities encourages complacency. At the same time, it generates resentment among the losers, and this resentment is generating a reaction in many different places. It’s a reaction against cosmopolitanism, against economic elites that spend half the year in the capital of their country and the other half in London, Paris or New York; against well-intentioned rhetoric on welcoming immigrants; against sophisticated people and experts; against high culture and the astronomical cost of housing in the centre of large cities.

How can we overcome this conflict, which ends up having a political reflection in the conflict between “provincials” and “cosmopolitans”? Can we reach some sort of reconciliation between the culture of global cities and our old national cultures?

The limitlessly enthusiastic global metropolis believes that the city should be the dynamic motor of the region, the centre around which the rest of the population gravitates. However, there’s a certain level of naivety in this idea. As economists have shown, globalization creates winners and losers—and losers aren’t satisfied with an invitation to become global citizens. Losers look for security; if they can’t find it, they cast their lot with political forces that promise to restore things to the way they once were.

This is a serious problem in advanced societies. Big cities grow and take up their positions in transnational economic and cultural circuits, but they lack the instruments to compensate the losers, the areas that get left out. This contradiction has become one the main sources of political instability for this day and age. It’s no longer rural versus urban; it’s industrial cities versus globalized cities.

Sociologist, political scientist and philosopher Ignacio Sánchez-Cuenca is a professor of Political Science at Carlos III University in Madrid.