Inequality in the age of disconnection 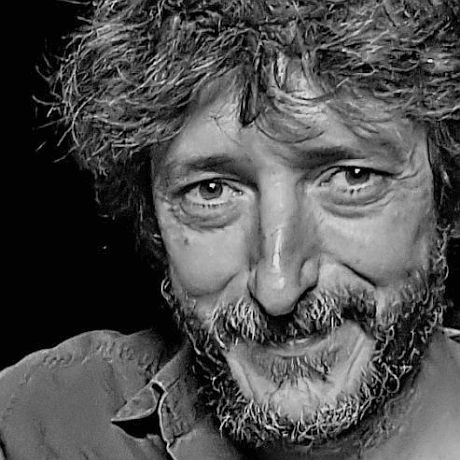 Member of Economistas Frente a la Crisis [Economists Against the Crisis].

The economic crisis has widened the gaps (labour, generation, gender and fiscal) that contribute to exacerbating inequality. If societies continue to increase these divides and the feeling of disconnection between rich and poor takes root, our democracies are in grave danger.

At a time when the planet and people are more connected than ever thanks to new information technologies, we are entering the age of disconnection. Countries are disconnected from the global economy; cities, from the rural world; economic elites, from society; intellectuals, from their audience; permanent workers, from the problems of what Guy Standing has called “the precariat”;[1] adults, from young people. The economic crisis has generated a series of deep cracks that threaten social cohesion and, with it, democracy as we know it. Each group or social group has decided to serve their own interests, undermining universalist discourses that go hand in hand with a strong sense of the concept of solidarity. Solidarity in the classic sense of the term: reinforcement of the social bond that implies rights and responsibilities towards the people with whom we live.[2] Without this “strong” solidarity, the debate surrounding taxes becomes the sum of what I contribute and what I receive, of what we produce and what we designate to those who cannot produce, of what we receive in exchange for our participation in society and what others receive. A society without a social bond is doomed to fall apart.

The driving force behind these multiple disconnections, both the cause and consequence, is inequality. Just a couple of decades ago, the debate revolved around the topic of inclusion: we established that the economic and social model sufficed to accommodate an overwhelming majority who found basic coverage against the risks of disease and old age in the social state. The challenge to achieve cohesive societies was to include in this coverage the minority excluded or marginalised for various social, economic, cultural or ethnic reasons. Today, this approach is not enough. There is still a percentage of the population at risk of poverty or social exclusion, as revealed by AROPE, the most widely used indicator by the European Union for the purpose of their measurement. However, the recent phenomenon that must be analysed is the magnitude of inequality across society at large. The latter seriously undermines the foundations of liberal democracy and the social state, that is, the middle class and the prospects of a socially dignified life that is acceptable to one and all.

In 2011, Pickett and Wilkinson[3] explained that the fundamental problem of inequality is its capacity to accentuate other social problems: the most unequal societies tended to have worse rates of criminal violence, psychological illnesses, school dropout rates, teenage pregnancies and even nutritional problems such as obesity. To analyse the evolution of inequality, we must focus on the labour gap, the generation gap, the gender gap and the fiscal gap. The forces that make up a large share of our social inequality are concentrated in these gaps.

Wage cuts have led to an increase in the percentage of workers who, despite having jobs, continue to be below the poverty line.

Access to quality and stable work is very unequal in Spain. Unemployment rates rose sharply during the crisis and, despite the recovery, are still far from pre-crisis levels. Access to employment is the first source of inequality: a high rate of unemployment means that a considerable part of the population does not have access to a main source of livelihood, which is paid work. If the inequalities in accessing jobs are also observed, we find that women, young people and the unemployed over-45 without qualifications are the groups encountering the greatest difficulties in finding employment. This leads them to long-term unemployment that hinders their access to decent, quality jobs.

The crisis has also led to a rise in income inequality, which is measured using the Gini index. The surge in income inequality is due to uneven evolution of earnings, particularly the lowest ones, which have borne the brunt. According to INE (Spanish Statistical Office) figures, the lowest-income decile lost up to 15% of earnings between 2008 and 2016. This process has been magnified by the polarisation of our labour market. Spain is, together with Estonia, the OECD country where the low-income population percentage has most grown and the average-income population percentage has most shrunk.[1]

The rise in income inequality should be understood as the product of two factors: the fall in the hourly wage and the unequal working conditions in terms of job insecurity, which also have affected the population unevenly. Wage cuts have led to an increase in the percentage of workers who, despite having jobs, continue to be below the poverty line. In 2018, 13.1% of workers in Spain lived below the poverty threshold, the third highest rate in the European Union, after Romania and Greece. It is not only about access to employment, but also about employment with safe and quality working conditions. And from that point of view, our labour market is failing.

Youth unemployment and precarious work triggered a 10% increase in relative poverty among young people from 2008 to 2017.

Child poverty has emerged as the main problem of inequality in Spain, and it has also spread, in recent years of economic recovery, to the under 30s. This change in the composition of poverty is key to transforming the nature of our inequality. At the same time, it constitutes a challenge for our social state, since it reveals the difficulties we face in addressing inequality in the earliest stages of life, with serious consequences for people’s life paths. Inequality among the younger population is the main obstacle to intergenerational social mobility and, therefore, to equality of opportunities throughout life. According to an OECD study, in Spain a poor family will need four generations to reach the middle class, a figure that, below the OECD average, is double that of countries like Denmark.[1]

Today, poverty in the early stages of life is moving towards childhood and youth. Youth unemployment and precarious work have resulted in young people enduring the highest rise in relative poverty among the entire population, which grew by more than 10% from 2008 to 2017. The combination of poverty in childhood and in the early stages of adult life represents a major challenge for social cohesion in the medium and long term, a divide that becomes even more acute if gender is taken into account.

The gender pay gap widens after the birth of the first child and lasts throughout their working lives.

Between men and women, differences in salaries, access to decision-making levels and the distribution of caregiving responsibilities represent some of the main triggers of inequality in Spain. Regardless of socioeconomic status or age, women are worse off. Seven out of ten people with low wages are women, figures that are inverted when it comes to the highest salary brackets. On average, women in Spain earn 16% less than men, suffer greater seasonality and comprise up to 60% of underemployed workers. Economic inequality linked to the gender gap is closely related to caregiving. According to Libertad González[1], the gender pay gap widens considerably after the birth of the first child and lasts throughout their working lives. Out of the inactive population who do not seek work because they are responsible for the care of children or elderly people, 92% are women.

Spain, alongside Italy, is one of the European Union countries where the public sector has less capacity for redistribution.

Spain is faced with the challenge of mitigating the impact of inequality through income redistribution mechanisms and, particularly, through public income and spending. Spain, alongside Italy, is one of the European Union countries where the public sector has less capacity for redistribution. The reasons must be sought in political economy factors: who pays taxes and how and how public spending priorities are decided. As far as revenue collection is concerned, we are below the EU average at 7% of GDP, with an inefficient and non-progressive system, in which the poor proportionally pay more taxes than the middle class, and only the top decile of the richest population pay more taxes. Similarly, public spending allocated in the state budgets do not entail a redistribution exercise. According to the OECD, as regards cash transfers, in Spain the poorest income decile receives only 4% of all cash transfers from the public sector.

The economic crisis and the subsequent recovery have left gaping holes in the country’s social cohesion. Added to a fragmented and precarious labour market is the lowering of life expectations for an entire generation starting out in life in uncertain circumstances. These social divides cannot be tackled given the state of society today. The temptation to disconnect among those most fortunate is intensified, largely undermining the social foundations upon which the post-World War democracies were built. Perhaps the words of the economist David Lizoain, who talks about the end of the First World,[1] or the sociologist Christophe Guilluy,[2] who predicts the end of the middle class, are too negative. But their intuition is a step in the right direction: if societies continue to increase these divides and the feeling of disconnection takes root, our democracies are in grave danger.

Member of Economistas Frente a la Crisis [Economists Against the Crisis].