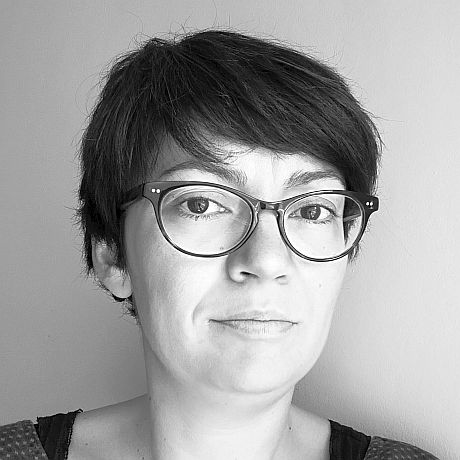 Maite Pérez has built her professional career in the field of mobility and transport, both working in private consulting and public institutions.

The creation of the Barcelona Metropolitan Area marked a positive yet insufficient change in the governance of metropolitan mobility. We are facing a complex situation in which the multiple stakeholders involved are holding onto their powers, without any willingness to integrate, hence making it difficult to reasonably tackle the challenges posed by the current mobility model.​

For those unfamiliar with, unaccustomed to or uninterested in a sector, it is only natural to confuse or to fail to identify the different bodies, institutions, companies or authorities that bear a certain responsibility for its governance and its policies. And even more so given the high degree of complexity in its organisation. Metropolitan mobility in Barcelona is no exception: who hasn’t heard of the ATM [Metropolitan Transport Authority] being confused with TMB [the main public transport operator in the Barcelona Metropolitan Area] or the AMB [Barcelona Metropolitan Area] with the ATM? Who can differentiate between the infrastructure owners and the service owners? What are the functions of the Catalan Traffic Service and what is the role of local authorities? What role do municipalities play? In the case of metropolitan mobility – particularly as regards means to enhance its efficiency –, the manner in which the different stakeholders involved relate to one another has not undergone a substantial change either. It could be agreed that in certain areas it has, but this is not applicable across the board.

The first thing that undoubtedly comes to mind when we think of the governance of mobility is metropolitan public transport. Involved in the organisational structure of public transport in the area of Barcelona are, on the one hand, different authorities that own the infrastructure and the public transport services – that are also those providing its funding – such as the General State Administration (AGE), the Government of Catalonia, Barcelona Metropolitan Area (AMB) and Barcelona City Council; and on the other hand, the companies that operate these services, whether public (such as TMB, FGC [Ferrocarriles de la Generalitat, a network of urban and suburban trains connecting Barcelona with other nearby cities and towns in Catalonia] and Rodalies de Catalunya [Catalonia’s main commuter and regional rail system]) or private companies. The Metropolitan Transport Authority (ATM) coordinates the cooperation between these two types of bodies, particularly as regards the system’s financing agreements.

The ATM, created in 1997 as a voluntary intergovernmental consortium – 51% of the shares are owned by the Government of Catalonia and 49% by Barcelona City Council, AMB (previously EMT, the Metropolitan Transport Agency) and the Association of Municipalities for Mobility and Urban Transport (AMTU) –, was the instrument that optimised negotiations concerning funding, which had been taken care of separately by these authorities such as the AGE (through the Ministry of Public Works and Transport). It should be noted, however, that the AGE is not part of the consortium; it only participates as an observer. Therefore, with its setting in motion, the management of negotiations and reviews concerning funding and contract programmes was handed over to the ATM. This does not mean that the issue of public transport funding was resolved (it was not until 2015 that the Parliament approved the Law on Public Transport Funding, still unregulated), but the agreements were channelled through the ATM. They were also assigned other roles that were gradually expanded over the years. In particular, they were tasked with fare planning and the development of an integrated fare policy (which began in 2001); and they were also assigned the job of planning public transport infrastructure and services, which materialised with the execution of the Master Plan for Infrastructure (PDI) every ten years. The ATM is responsible for the development of a tram network and is the owner of these services; it must direct the relations between the transport operators, particularly through contract programmes, which it must oversee and monitor; and it has been assigned the functions corresponding to a territorial mobility authority in accordance with the Mobility Law, tasks that include drawing up the Mobility Master Plan (PDM), expanding its role in the planning and management of mobility as a whole and not just in the realm of public transport.

The functions assigned to the ATM are not sufficient in order to implement an integrated mobility policy for the metropolitan area.

The functions assigned to the ATM are not sufficient in order to implement an integrated mobility policy for the metropolitan area and to execute the necessary actions to bring it to fruition. In fact, it could be assimilated to a body where all the stakeholders regularly discuss mobility policies, approve or stop certain actions, but uphold their own fixed responsibilities and powers. In practice, the ATM has become a financial fulcrum. It has not been granted powers regarding the programming, management, operation or funding of services or infrastructures (with the exception of the tram), powers that are maintained by the consortium authorities and the General State Administration. The final decision to execute and prioritise actions or to develop service plans therefore lies with the competent authorities.

In the case of the metropolitan road network, different authorities play a part in the improvement of infrastructure, the execution of maintenance, traffic programming and management. Many of these authorities are those with powers in the area of public transport: the AGE, the Government of Catalonia, Barcelona Provincial Council and the municipalities. In this case, the ownership of the routes and powers to intervene in the public space (in the hands of municipalities within their administrative jurisdiction) are the two cornerstones that underpin the governance of the distribution of roles among the stakeholders involved. However, unlike metropolitan public transport, in this case there is no figure that interlinks and coordinates the various stakeholders.

The planning and execution of metropolitan road infrastructure therefore basically falls to the Government of Catalonia and the Ministry of Public Works and Transport, with instruments such as the Transport Infrastructure Plan of Catalonia and the Infrastructure, Transport and Housing Plan, respectively; while local-level interventions are the responsibility of the municipalities and Barcelona Provincial Council. On the other hand, action related to traffic programming and management is also distributed among these stakeholders, through bodies such as the Catalan Traffic Service (SCT) and the Directorate-General of Traffic (DGT) – on interurban roads –, or departments related to mobility or the public space, police forces and city police officers – on the urban scale. Coordination between these organisations is not sufficiently clear when it comes to driving traffic management strategies to make proper use of the network or to improve the speed of public transport (speed management, promotion and management of special lanes or high-occupancy vehicle lanes, tolls, etc.). In addition, the fact that municipalities have a large share of the powers in the realm of mobility management (parking, public space, traffic control, etc.) leads to situations in which, in the absence of a metropolitan strategy, contradictory or inefficient actions are implemented, as a result of a partisan vision. Lastly, it should also be noted that this network of stakeholders can be extended to other areas of metropolitan mobility: the distribution and transportation of goods, adapted, school and discretionary transport services, taxi services or public transport services for tourism and recreation, among others.

Mobility policies must be metropolitan or regional in scope and should address alternatives to a model that is too reliant on private vehicles.

The reasons behind this complex situation in governing metropolitan mobility are, on the one hand, that the many stakeholders involved are holding onto their existing powers, without any willingness to integrate or any intention to delegate or actually transfer powers to a single body or authority that would simplify the current structure and optimise the system’s efficiency. And, on the other hand, but no less important, due to the absence of a metropolitan government (the Metropolitan Corporation was abolished in 1987) with powers in the realm of urban planning, the public space and mobility – not only in terms of their planning, but also in terms of their programming, management and operation – that has its executive branch in this single body or authority. In this respect, the creation of the Barcelona Metropolitan Area in 2010 as a metropolitan authority could herald the beginning of change in the governance of mobility, provided it can perform the functions it is assigned, through the transfer, agreement or delegation of powers. It is nothing new, considering that more than one executive figure already exists in other metropolitan areas.

It is imperative to understand that mobility policies must be metropolitan or regional in scope. It is at the scale of the Barcelona metropolis that it makes sense to develop many of the actions in the area of mobility and in a homogenous manner. Otherwise, it will be difficult to tackle the challenges arising from the current mobility model, which is still heavily reliant on the use of private vehicles, with serious repercussions on the urban habitability of our cities, on their sustainability and on the health of us residents.

Maite Pérez has built her professional career in the field of mobility and transport, both working in private consulting and public institutions.