The Amazon effect: The Seattle lessons 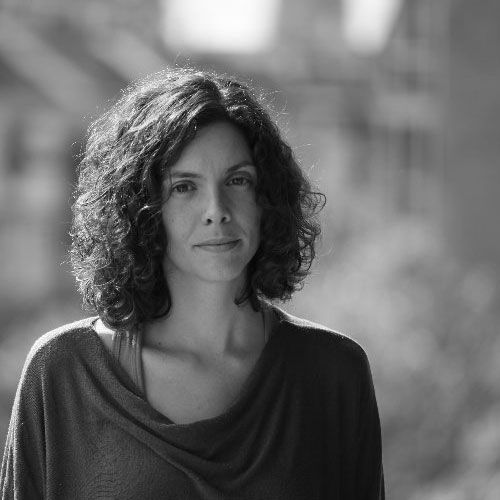 Doctor in Sociology from the University of Barcelona, researcher at the Department of Social Sciences at ESADE Business School and its Institute for Social Innovation.

The city of Seattle changed the day Amazon decided to set up shop there. For better and for worse. It changed conventional retailing, logistics, the environment, and social cohesion too. What’s more, job creation and investment in infrastructure improved. The economy of digital platforms brings major urban transformations, not all of which are positive.

We can no longer think about the future of cities without considering digital platforms; the great technological battles are fought therein – writes the editor of Collateral Bits Joan Rosés – more than in cyberspace. The digital economy and, specifically, online shopping platforms (marketplace type) are changing urban dynamics. Thus far they have been considered to be intermediaries that efficiently connect supply and demand, offering an “infrastructure as a service”. The richer, more diverse and higher the demand, the greater the capacity to attract consumers. Thanks to the network effect, they can generate monopolistic dynamics that catapult and reinforce the better-positioned brand. This is known as the “Amazon effect”.

If there is a paradigmatic city in this respect, it is Seattle. Since the Amazon company set up its second headquarters there in 2018, the city has endured the ramifications it has borne for conventional retailing, logistics, the environment and even social cohesion. Receiving packages at home at one’s convenience and within 24 hours has a number of externalities that we must consider. But first, let’s delve a little deeper into understanding this company’s model and how it operates.

The bestselling products on Amazon today are electronic devices, but their first catalogue only contained books. Since then, no sector has proven able to resist it, and according to Forbes magazine it ranks among the four most valuable companies in the world[1] and its earnings grew by 40%[2] during the first half of 2020, thanks to the lockdown measures imposed by the COVID-19 pandemic. It shares a podium with Apple, Google and Microsoft, followed by Facebook, and we must get to sixth place to find a non-tech company, i.e. Coca-Cola. Approximately 6,700 packages are delivered around the world every minute, and its equivalent competitor in China, the Alibaba Group, is a third of the giant’s value.

Most of its income comes from electronic commerce and commissions from distribution and deliveries (according to the 2019 annual report produced by the Statista website). Needless to say, there is a heading for subscription services (Amazon Prime), but what is least known is that today it is the leader in cloud computing (in other words, cloud services) and is the line of business that is growing the most, at a rate of 30%.

Jeff Bezos and his company expect us to buy without realising it. The shopping experience is based on the fixation on removing any obstacle that separates desire from the actual purchase: offering low prices, shopping without leaving home and with incredibly appealing return policies. In fact, these three aspects have become the standard for what we value, expect and demand when we shop online. [3]

[3] According to data from the Annual E-Commerce Study 2020, IAB Spain.

Amazon creates jobs. However, it has been shown that market concentration has a bearing on a reduction in wages.

Arrival in Seattle and urban challenges

It is often the case that we equate the digital economy with something intangible, when the physical dimension of this ubiquitous and barrier-free customer experience is enormous. The number of logistics centres and depots, storage hubs and distribution networks is staggering. Having an Amazon logistics centre or not makes an enormous difference to a city, but it is not always positive.

This is where the Seattle experience comes in. Although it is very difficult to gauge the impact it generates precisely, a number of city lessons can be observed since it began to host the second Amazon headquarters. Opposing groups claimed it would strain the existing infrastructure, leading to a rise in congestion and traffic. Supporters extolled the creation of new jobs and the possibility of collecting more taxes to improve infrastructure and benefit citizens and other businesses. These constitute arguments that are replicated elsewhere. There are no black and white arguments, as Rick LeBlanc emphasises, after compiling a number of implications of the case. Let’s take a look at them.

Job creation. In 2018, 45,000 people worked for Amazon in Seattle, compared to only 5,000 in 2010. Some 50,000 indirect jobs were also created outside the company, creating a centre of attraction for talent for the city. However, it has been shown that market concentration has a bearing on a reduction in wages.

Infrastructures. They decided to locate the headquarters in an urban area, which led to the opening of a new metro station, a bridge and a corridor for pedestrians and cyclists. Before that happened, Amazon made a donation to increase the frequency of buses, following the PILOT (payment in lieu of taxes) model that originated in New York.

Traffic congestion. Traffic jams increased by 80% compared to the last three years. Probably not all of them were owing to Amazon, but the fact that packages can reach every address in less than 48 hours multiplies last-mile logistics. Hence, Amazon has experimented with delivery using drones, although for the time being this system is not taking hold for legal and security reasons.

CO2 emissions and waste generation. In Seattle and around the world, the convenience of personalised home delivery sparks a great deal of debate on account of its environmental effects. On the one hand, due to the amount of waste generated by packaging (recycling companies estimate that the use of cardboard has grown by 20% in a decade, due to packaging associated with online commerce), and on the other hand, due to the increase in emissions generated by home deliveries. Optimised delivery in large vehicles is much more sustainable than the same number of individually distributed products. In reality, online commerce with well-optimised distribution could reduce the journeys and, therefore, the volume of traffic and emissions. Faced with the forecast demand for last-mile delivery, the World Economic Forum is committed to using electric vehicles, promoting nighttime delivery and increasing collection points to replace door-to-door delivery.[4]

Social impact and inequalities. The social effects of urgent delivery are also significant. When Amazon launched its Prime service in 2016, it prioritised the neighbourhoods with the highest shopping index in the United States, which coincided with affluent areas and predominantly Caucasian inhabitants. The profitability argument based on aggregation of demand denied the Prime option to large areas populated by minority groups.

[4] The Future of the Last-Mile Ecosystem, World Economic Forum.

Most of the businesses that sell their products through the platform are small and medium-sized companies, which amount to almost 8 million in the world.

What about local businesses? Neither profit margin nor the capacity to compete

Most of the businesses that sell their products through the platform are small and medium-sized companies (SMEs), which amount to almost 8 million in the world. The platform undoubtedly allows them a certain degree of digitisation, their products can enter a digital catalogue and the infrastructure for shipments is settled, which also opens up the option of internationalising certain products.

On the one hand, for Amazon the opportunity lies precisely in the profit margin of the businesses of these SMEs. This is how Bezos put it when he declared the famous aphorism “your margin is my opportunity”. But it is not the only one. We can add the multiple possibilities that result from having privileged information thanks to the digital trail of customers and sellers. In fact, of all the registered and active sellers, only a third manage to make at least one sale per year. Even so, Amazon still prefers to have its products, because it is the means to have the largest market study on the planet. In other words, even if the merchant does not sell any products, it may be on the wish list of some users, and that reveals a clue as to their next moves. In fact, its commitment to own brands is based on that data: what products are attractive and what is the appropriate price threshold. The European Commission launched an investigation in 2019 to test the dual role of the company, as a marketplace and as a seller, arguing that they use private data to feed their algorithm, thus obliterating any chance of competition.

Amazon not only jeopardises the survival of the sellers it gobbles up, it also manipulates market conditions among sellers of similar products to stifle their margin. Given that the platform operates globally, the decisions it takes internationally affect both prices and service conditions. Some experts assure that this can have unfair consequences also in macroeconomic terms.

Online retailers like Asos and Zalando differ from Amazon in what the platform cannot offer: service, experience, product selection and community building.

Joining Amazon or not is a dilemma faced by many local businesses. If you ask booksellers as the first businesses to be affected, they recommend offering only some of their material on Amazon. For them, the product strategy has been decisive, based on the premise of protecting the crown jewels and not putting all the books on Kindle, for example. In the world of fashion, online retailers like Asos and Zalando differ from Amazon in what the platform cannot offer: service, experience, product selection and community building. However, discretionary solutions are not enough.

The extreme personalisation of online shopping calls for a number of solutions at urban level on account of the social, economic and environmental challenges it poses. The first entails addressing last-mile delivery systems as an ecosystem that must be harmonised. The second is related to educating citizens to value less convenient alternatives: prioritising shopping in physical stores and local businesses, picking up packages instead of receiving them at home or delaying the placement of an order until a number of items are gathered instead of placing separate orders. The last but fundamental solution is to take action to break the monopoly of digital platforms that always prevail, either by lobbying at other administrative levels or by joining forces with other cities to forge a common front, in the manner of C40, cities against climate change.

Doctor in Sociology from the University of Barcelona, researcher at the Department of Social Sciences at ESADE Business School and its Institute for Social Innovation.