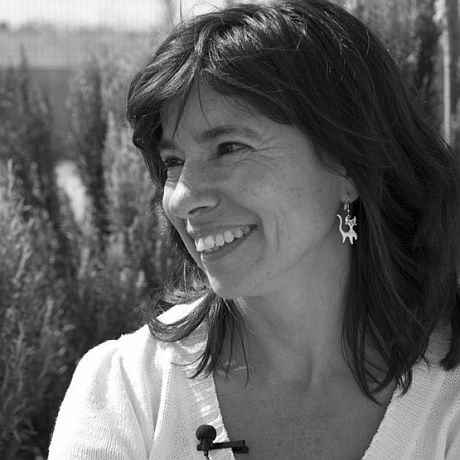 Professor-collaborator of the UNESCO Chair in Environmental Education and Sustainable Development (UNED, the National Distance Education University of Spain) and founding member of the Garua cooperative.

Western industrial culture has accomplished major achievements in recent centuries, such as finding the cure to many once-fatal diseases or the sharp rise in life expectancy. The problem is that the economy has not taken the planet’s limits into account. If nothing is done, the lives of many people are in jeopardy, precisely the ones of those least responsible for creating the problem.

Proud of its achievements, our society calls itself a “knowledge society”. However, in recent decades, human activity has exceeded the Earth’s biocapacity and the dynamics of the biosphere are being disrupted, forcing all living species to rapidly adapt or to succumb. At the same time, human inequalities are deepening across the board and many people sink into loneliness and destitution. It seems that the knowledge we pride ourselves on does not protect us from ourselves, at least not all of us.

Human life takes place within a natural environment of which we are part, which has physical limits and organises itself into natural cycles and food chains in order to endure and survive. Like all living species, we depend on a nature that provides us with air, water, food, materials, energy and so on, in order to exist and reproduce. Hence we are nature, eco-dependent beings subject to the physical limits of the planet we inhabit. Nevertheless, in addition, we have a second material dependence brought about by the inescapable fact of living incarnated in bodies that are born, get sick, age and have different needs. Our bodies, which are vulnerable and finite, can only survive within a context of relationships that guarantee care and attention throughout life. Therefore, we say that we human beings are interdependent. The life of each one of us in isolation is unfeasible.

Accordingly, fully autonomous individuals or others who, anomalously, are not do not exist. Vulnerability, limits, eco-dependence and interdependence are inescapable attributes for one and all. For life to occur day after day and generation after generation, purposeful support must be given to human existence.

Throughout history, societies have been organised in such a way to minimise vulnerability and generate certain degrees of security conducive to curtailing uncertainty. Western industrial culture has accomplished major achievements in recent centuries: cures for many once-fatal diseases or the sharp rise in life expectancy, easier access to food and consumer goods… The problem is that the established economic metabolism has not taken the planet’s limits or the need for care into account. The outcome is that quality of life has been achieved at the cost of partially depleting minerals, throwing the climate off balance, impoverishing people who live in places used as large mines and dumping grounds, exploiting the hidden work of caregivers, mostly women, and jeopardising the lives of other species and those of future generations.

The three-pronged leverage composed of capitalism, accessible technoscience and the availability of fossil fuels, has allowed the economy, politics and culture to form as if they “levitated” above and beyond nature and bodies; as if planet Earth had no limits and human beings and their technology could control it at their will, effectively hiding the cyclical task of caring for and regenerating human life daily and generationally and relegating it to the sidelines and areas to which no precedence is given. After many decades operating on the basis of this logic, we find societies ceasing to organise themselves according to the needs and randomness of actual lives. Risks and vulnerability are therefore exacerbated.

The latest reports on climate change show that, if nothing is done, the lives of many people are in jeopardy, precisely the ones of those least responsible for creating the problem. There is no way we can keep hiding the signs of energy and resource depletion that are at the root of formal and non-formal wars today; forced migration is on the rise without the international political community acting in solidarity, far from it in fact. Inequalities across the board – in terms of gender, class, origin and age – as well as the dynamics that drive people to the margins or to the edge of life itself are gaining momentum, while privileged classes distort or violate legality to safeguard the security of their position.

The dynamics that drive people to the margins are gaining momentum, while privileged classes safeguard the security of their position.

The crisis also manifests itself as a care crisis. In patriarchal societies, it is mostly women who have assumed the task of nursing and caring for the needs of vulnerable people, because that is the role imposed by the sexual division of labour. This occupation is practised in the private and invisible arena of homes, dictated by the rules of family institution or dealt with through the precarious work of women, largely migrants hailing from the same places as the raw materials that keep economies “rich”.

Precarity is the lack of stability or security; it is the extension and amplification of vulnerability and neglect as a result of it. The life of many human beings is increasingly precarious. Vulnerability becomes hardship when life’s basic necessities are destroyed and the ties and social bonds that allow us to take care of one another are shattered.

Security is one of the buzzwords in the speeches delivered by political and economic powers. Security against terrorism and religious fanaticism; migration, not as a political and ethical issue, but as a threat to places of privilege; security for investors and businesses; insurance companies for everything… The concept of security must be challenged and turned upside down.

No economy, no life, no security are possible apart from what the Earth provides, but the far-reaching dynamics of capitalist accumulation has turned the economy into a kind of digestive system, which devours finite resources and excretes waste so rapidly that it has ended up overstepping the planet’s biocapacity. Moreover, it does so in a very unequal manner. “Advanced” economies are not sustained by the resources available in their own territories, but are upheld by the extraction and plundering of the territories of other peoples, whose lives become precarious and insecure.

Building safe lives for the social majorities calls for the radical transformation of a metabolism that fosters the growth of monetary aggregates and conceals the depletion and deterioration of material foundations and the exploitation of work – performed mainly by women – to sustain life, while the system attacks it. If we wish to survive, the economy and politics must make the security of actual and everyday lives a priority. Not the security of investments, or that of business. Not security understood as the shield of the elite or as the isolation of hardship. The path that runs from the patriarchal fantasy of individuality to an eco-feminist imagination set in nature and in bodies, presents a series of indisputable conditions that force us to dispel the myths and misconceptions to which we referred previously and on which the cultural narrative of our societies is built.

The physical limits of the planet

The first condition is related to accepting the inevitable shrinking of the economy’s material resources. It is not so much a principle as a starting point. It is the actual physical limits of the planet that call for it. The material resources will dwindle one way – in other words, in a planned and fair manner – or another – in an abrupt, unjust and violent manner. If we assume we must inevitably adapt to the planet’s limits, it is clear we have to accept that societies must necessarily be more austere in the use of materials and in waste generation, rely on renewable and clean energies, and be based on the surrounding area; they will thereby close cycles, preserve diversity and will have to be much, much slower.

The second condition is related to interdependence. Usually, the concept of dependence is usually associated with childrearing, the care of the sick or those with some form of functional diversity. However, as we have seen, dependence is not something specific to certain population groups, but is as inherent to the human condition as birth and death. It is the representation of our vulnerability. Accepting interdependence means that society as a whole must be responsible for welfare and social reproduction. Only in societies where care work is not determined by sex, gender, race or class, can the ideal of equality or social justice make sense. The concept of work must therefore be broadened and work must be reorganised, such that the obligations intrinsic to being a species and having a body are shared.

A third condition is the distribution of wealth. If we have a planet with limited, partially deteriorated and shrinking resources, the only possibility for justice is the distribution of wealth. Fighting against poverty is fighting against excessive wealth. The reconversion of the economy following this line of reasoning will imply addressing three questions posed by the feminist economy: what needs must be met for one and all? What productions are required for these needs to be met? What are the socially necessary jobs to achieve these productions?

The social metabolism arising from resolving these three issues fairly is the one that can allow us to rebuild the severed ties with nature and between people. The transformation is not only economic; it calls on us to learn to live more austerely material-wise, obviously justly. It involves learning to live by making the maintenance of lives, good lives for all, a priority of social organisation.

Professor-collaborator of the UNESCO Chair in Environmental Education and Sustainable Development (UNED, the National Distance Education University of Spain) and founding member of the Garua cooperative.