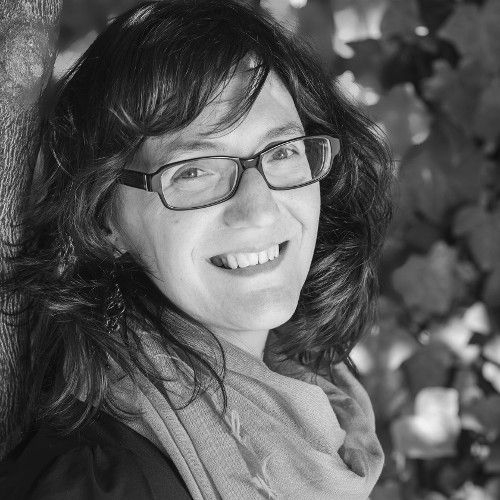 Director of Rezero, a Foundation for Waste Prevention and Responsible Consumption and member of the Sustainability Council, the Consumer Council and the Public Procurement Board at Barcelona City Council.

In Barcelona, in 2019, almost 800,000 tonnes of waste were generated. Awareness of the waste we generate can move us to action. Big cities must pave the way for a zero waste society, and be aware that, on the climate front, there will be no new normal or second chances.

To the southeast of the Eternal City, and off the tourist track, lies a working-class neighbourhood that owes its name to what we might consider the eighth hill of Rome: Monte Testaccio. A hill 50 meters high and 20,000 m2 in area formed by the accumulation of more than 25 million oil amphorae that reached the port of Rome between the first and third centuries BC. Could we consider Testaccio to be the first landfill? It is clearly an archaeological example of the ancient empire’s consumption and trade model.

And in the current model? What are our testaccios? We have lots that have gone unnoticed, sunk or floating in our seas. However, we have others that are clearly visible and with irreversible environmental effects, such as the Garraf landfill, which in 30 years has amassed 26.7 million tonnes of waste in an area of 600,000 m2.

This landfill is evidence of a system in which products are not designed to be reused, repaired or recycled, which only seeks to continue to drive economic growth instead of making better use of existing resources. A system based on the linear model of produce-consume-dispose that wastes resources, energy and land and has focussed on outsourcing waste, emissions, social inequalities and costs. A predatory system with ecosystems and people’s lives, which does not make us happy and that constantly clashes with the planet’s limits.

I recommend visiting Testaccio to anyone who has the opportunity and, if anything, a visit to any landfill or incinerator, to become aware of the need to speed up the eco-social transition to Zero Waste.

It is evident that both prevention at source and improved management and treatment of the city’s waste are key measures in climate change mitigation. In Barcelona, in 2019, a total of 788,920 tonnes of waste were generated.[1] The generation and treatment of this waste generated 360 million kilograms of CO2 emissions, which account for 10% of the city’s greenhouse gas (GHG) emissions. If we achieve proper waste collection and management, 36.8% of GHG emissions could be saved, equivalent to 132,613,664 kg of CO2.[2]

But waste opportunities extend beyond reducing emissions. While the scope and magnitude of climate change can overwhelm us, waste, in contrast, affords us the capacity every day to move to action. In this regard, the local level acquires its full potential, as it is much easier for citizens to take on an active role when they know what is happening to their rubbish and the impact it bears.

[2] Source: Rezero. Compiled from data from the Waste Agency of Catalonia and the Catalan Office for Climate Change.

Reuse and preparation for reuse is not only a saving of resources and energy, but is also a major source of decent job creation.

Towards the Zero Waste society

Abraham Lincoln said that the best way to predict your future is to create it, and history shows us that the only thing separating utopia from reality is political will. When a city commits to going Zero Waste, it commits to this pragmatic and visionary, local and global goal. It eschews intentional blame on the public for the poor separation of waste and develops its capacity as an agent of change in the production system.

To reshape our relationship with resources, cities need to make reduction a reality. Deplastifying food is a critical point. On the one hand, to reduce the toxic load of consumer products, which, as reported by the Plastic Health campaign,[1] poses a risk to human health. Ensuring deplastification in school environments and settings with expectant mothers must be a priority. On the other hand, in line with the new European regulatory framework, the time for single-use plastic packaging is over.[2]  Takeaway coffee cups or single-use trays, bottles or bags are just a few examples that can be replaced with non-waste solutions, such as reusable masks in the event of a pandemic like the one we are in the midst of.

In cities, food waste can be reduced with training, incentives, and appropriate hiring policies in lunchrooms, restaurants, hotels and homes.

Reuse and preparation for reuse is not only a saving of resources and energy, but is also a major source of decent job creation. Cities will have a key role to play in promoting the use of and access to beverages and other products in reusable packaging (at celebratory events, public centres and spaces, etc.). It will also be necessary to facilitate the implementation of reuse systems for nappies and the availability in local stores of reusable hygiene and menstrual items that do not generate waste or toxicity.[3]

With regard to electronic products, furniture or clothing, it is imperative to encourage repair and reuse work in second-hand shops or reuse activities in physical and virtual spaces.

Using the purchasing power of public procurement to change the market, setting up banks of materials and facilitating the reproduction of initiatives throughout the city such as the Library of Things are other ways to prevent waste from being generated in the city.

Recycling is very important but it is just a cog in the wheel. Cities need to redesign their selective waste collection systems from top to bottom. They are currently far from being able to achieve the goals set by the European Union. The low levels of organic waste collection are very worrying despite representing half of our waste. Undoubtedly, this must be the priority and pivotal division of municipal policy, which must also allow the removal of final treatment plants from cities and everywhere.

Another situation that needs to be resolved is the dysfunction and inefficiency of the current light packaging management system which, after more than two decades of operation, means an unsustainable squandering of natural resources and a cost overrun for local bodies, which are footing steep bills to mitigate a problem that neither they nor the public have generated.

Cities need to start implementing more efficient systems, such as door-to-door collection, closed containers, and Deposit, Refund and Return systems. With the same goal, it is imperative to convert the yellow recycling bin into a bin for recyclable materials.

Cities need to implement environmental taxation instruments that make the economic and environmental costs of rubbish visible, such as waste collection rates, and that encourage prevention and participation in waste collection. They should also promote other measures to promote returnable packaging, bulk sales, organic production and measures to comply with extended producer responsibility.

Final treatment systems, such as landfills and incinerators, should be phased out as waste generation decreases and reuse and recycling rates increase.

Given the constant change in demographics, in many cities, emphasis must be placed on environmental education and providing citizens with the resources to guide the commitment to Zero Waste, as well as to establish spaces for democratic and transparent participation.

In this context, big cities will never be as legitimised to carry out transformative, progressive, courageous and eco-feminist actions as they are today, because they are the ones that must respond to the climate emergency. We know, however, that along the way cities will have to strongly contend with the powers, forces and inertia of the current model, and we are also aware that, on the climate front, there will be no new normal or second chances.

Director of Rezero, a Foundation for Waste Prevention and Responsible Consumption and member of the Sustainability Council, the Consumer Council and the Public Procurement Board at Barcelona City Council.