The effects that climate change will have on the city of Barcelona vary in accordance with the two global scenarios defined by the IPCC, based on the level of commitment assumed with regard to reducing greenhouse gas emissions. If there is a firm commitment worldwide and action is taken to halt emissions, temperatures will not increase beyond 1.5-2ºC.

In contrast, if countries do not act in accordance with the global commitments established, as in the Paris Agreement (2015), then temperatures will rise in excess of 1.5-2ºC, with the climate risks that this entails (See ‘False myths’). The reduced rainfall and increase in torrential downpours will also be worse in the scenario where no action is taken. 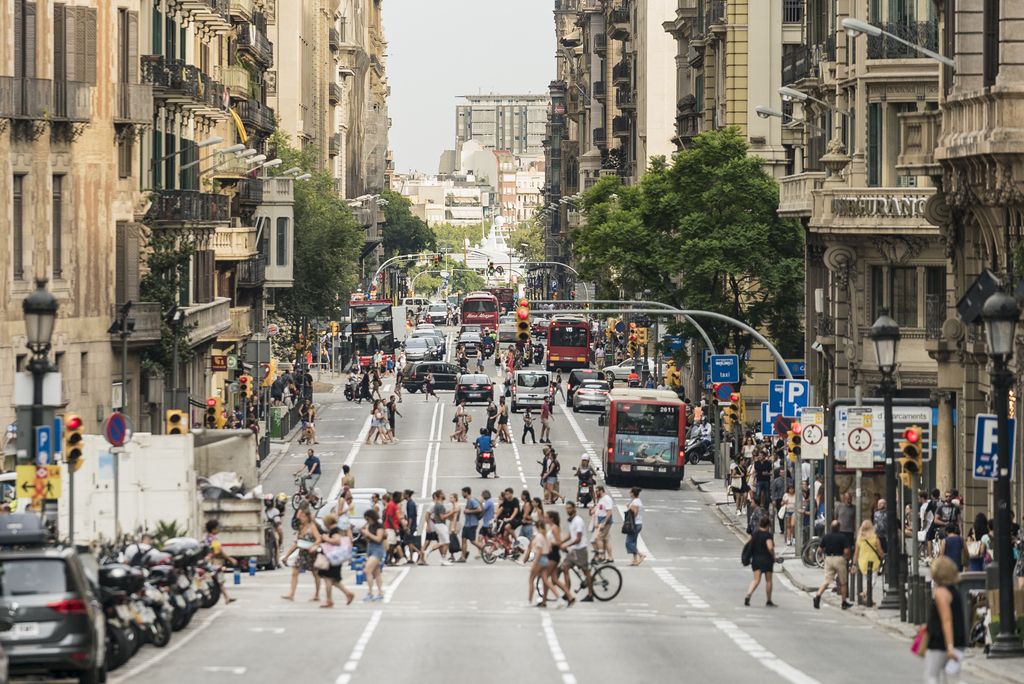 Reducing emissions is a global commitment, but the effects of not doing so are felt locally. Therefore, we have analysed how climate change might affect Barcelona on the basis of Catalan Meteorological Service projections, focusing on two possible scenarios (also known as RCP, Representative Concentration Pathways):

A more committed scenario (aka RCP4.5), in which the 2015 Paris Agreement emission reduction targets are achieved. In this scenario, the concentration of GHGs would be higher than now at the end of the century but the increase would be reduced from 2030 onwards, in order to restrict the maximum rise in the overall temperature of the planet to 1.5-2ºC.

A more passive scenario (aka RCP8.5) which represents a situation in which the targets set in Paris are not reached, so the GHG concentrations at the end of the century would be much higher than present levels. The increase in global temperature would be considerably higher than 2ºC. 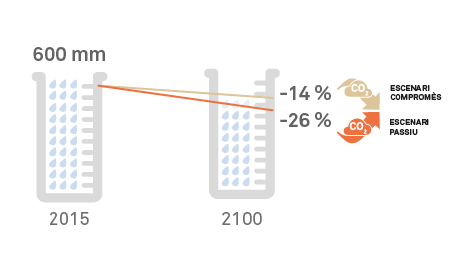 Based on these two scenarios, studies have been conducted on how this will affect the forecast increase in temperatures, and also the reduction in rainfall and increase in torrential downpours.

Evolution of heat waves, hot and torrid days and tropical and torrid nights from the current situation (based on an average of the last 34 years) in 2018 (last column) and a comparison with the committed and passive scenarios for the end of the century. 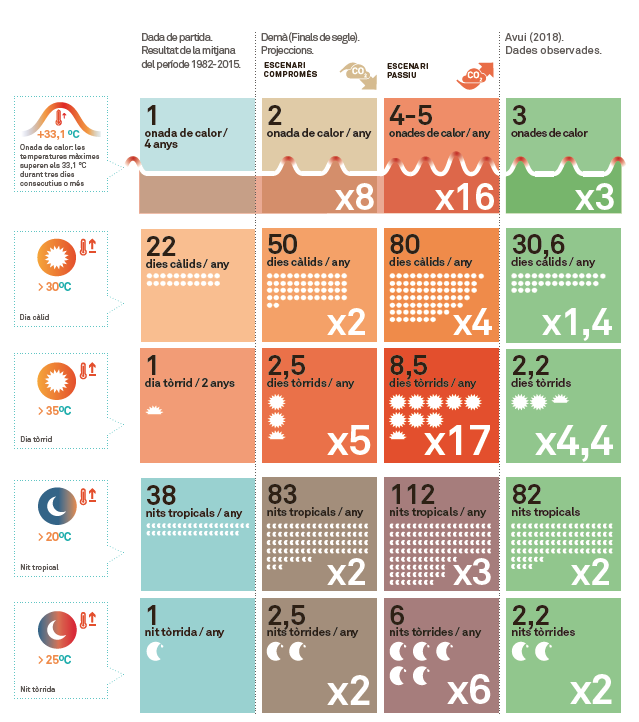 Even in today’s conditions, Barcelona’s eight beaches are at high risk from sea storms. With the exception of La Barceloneta, almost 80% of the surface area of the rest of the beaches is affected by this risk.

As a consequence of climate change, it is expected that there will be more flooding, morphological changes in the beaches and a greater exposure of port infrastructures, although sea passage will not be affected at all under normal wave swell conditions.

A rise in sea levels could lead to the city's beaches shrinking, with a loss of the usable sand available to users on all beaches. Some, like Sant Sebastià, could almost disappear in the worst-case scenarios, while the others could suffer reductions of between 30% and 46%.