Barcelona calls on cities to do so together at the COP 26 Climate Conference.

Given the challenges posed by the climate emergency, Barcelona is taking measures to reduce emissions but also to adapt to the effects the city is already experiencing and will increasingly experience. Barcelona is therefore becoming a proactive city that adopts a comprehensive approach to tackling climate change and assumes its responsibility in that regard; a city that can find opportunities in difficulties and adapts to new climate conditions intelligently, generating co-benefits for people and socio-economic activity. 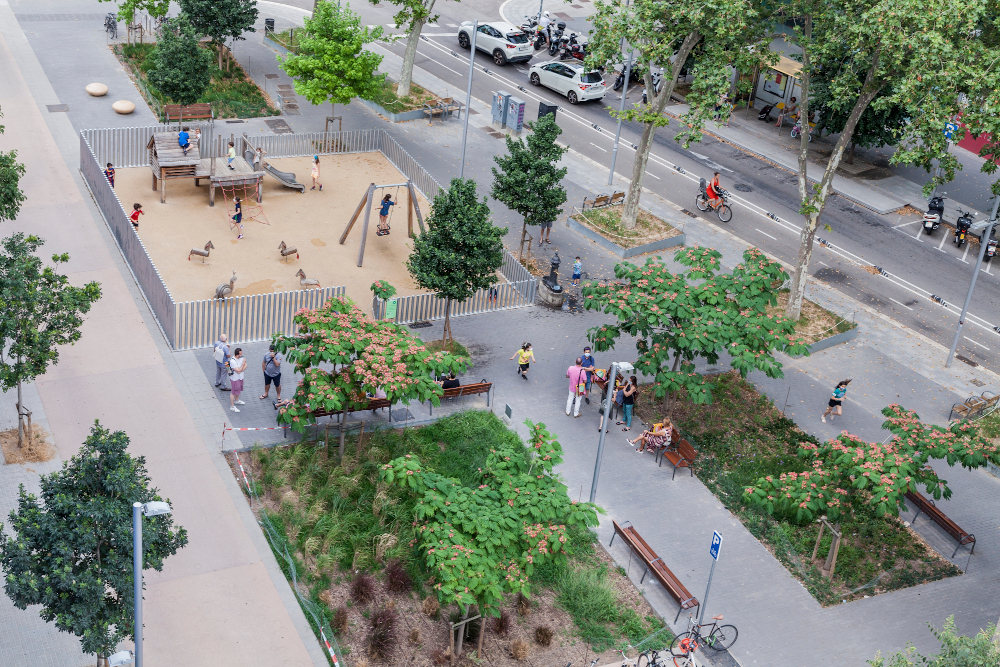 Barcelona has embarked on a large transformation of public space to take on the big challenges of the future and put residents’ lives at the centre.

Want to know what's going on in the city? A monthly publication for those interested in sustainability activities: workshops, talks, interactive games… 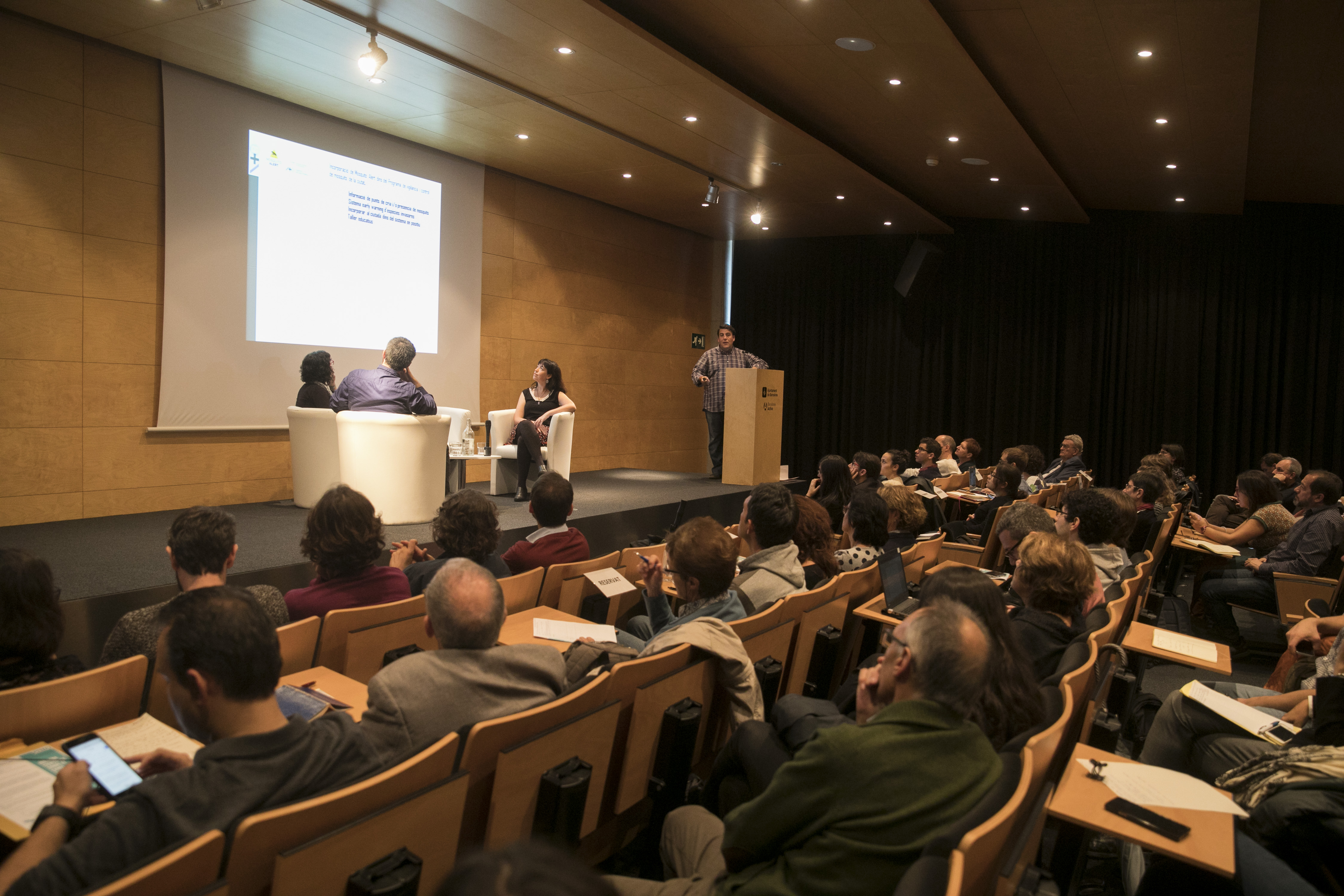 The scientific community met in May in Barcelona to celebrate the second Scientific Conference, a space to share experiences and research on climate change.

The aim behind this exhibition is to offer an educational, interactive and close-up presentation of the climate emergency in Barcelona. 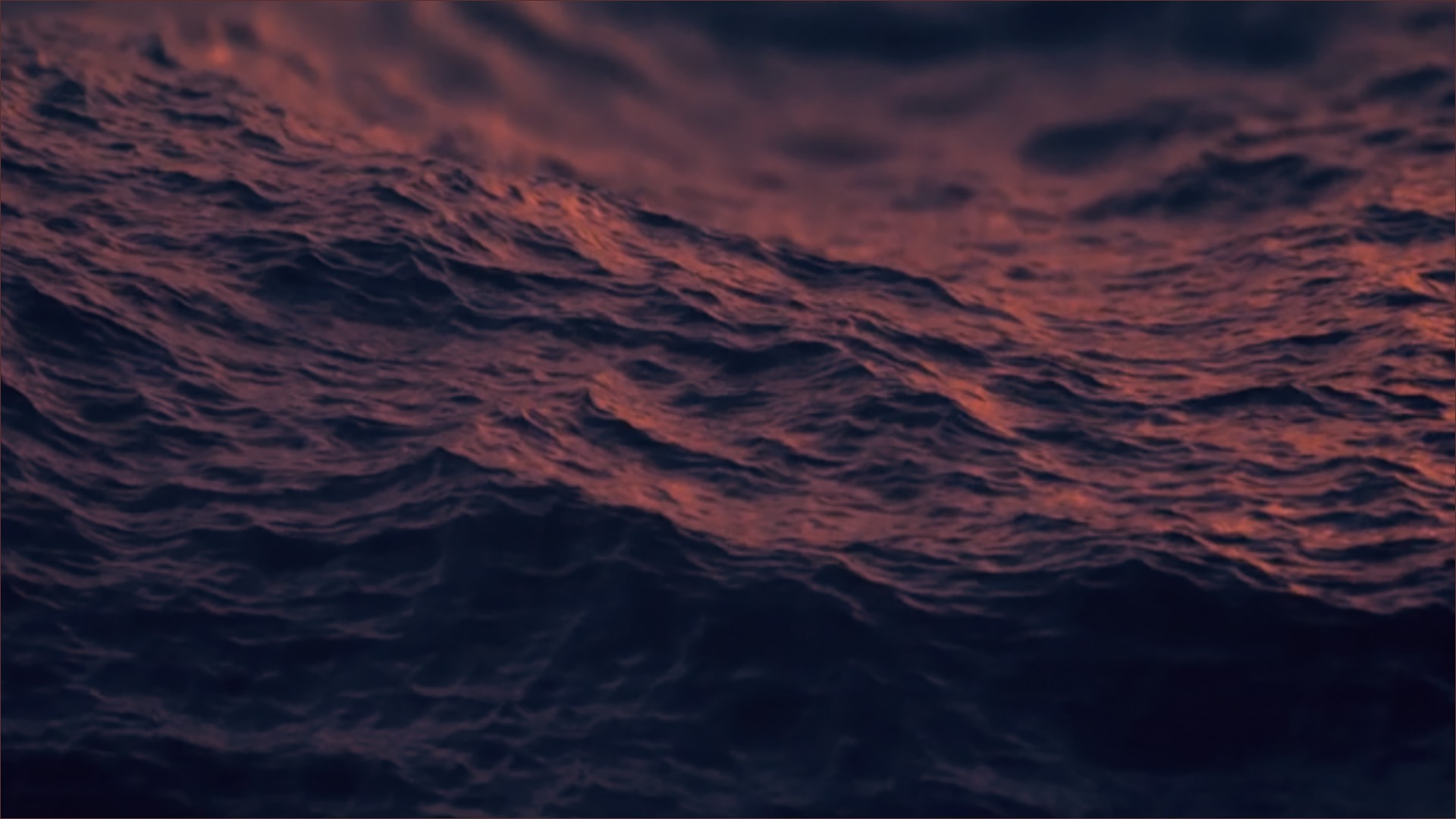 On 15 January 2020, the city of Barcelona declared a climate emergency and accelerated a series of changes involving all players in the city.

Barcelona wants to promote women's leadership in the fight against climate change. To do so, it has joined the C40 Cities’ Women4Climate (W4C) programme.

A network of spaces that provide thermal comfort to the population, while maintaining other uses or functionalities.

Barcelona City Council has received funding from Urban Innovation Action (UIA), a European Commission programme as part of the ‘Adapting schools to climate change through green, blue and grey’, project

Barcelona has a specific plan for the climate emergency, the Climate Plan 2018-2030, the four key areas of which are mitigation, adaptation, citizen action and climate justice. 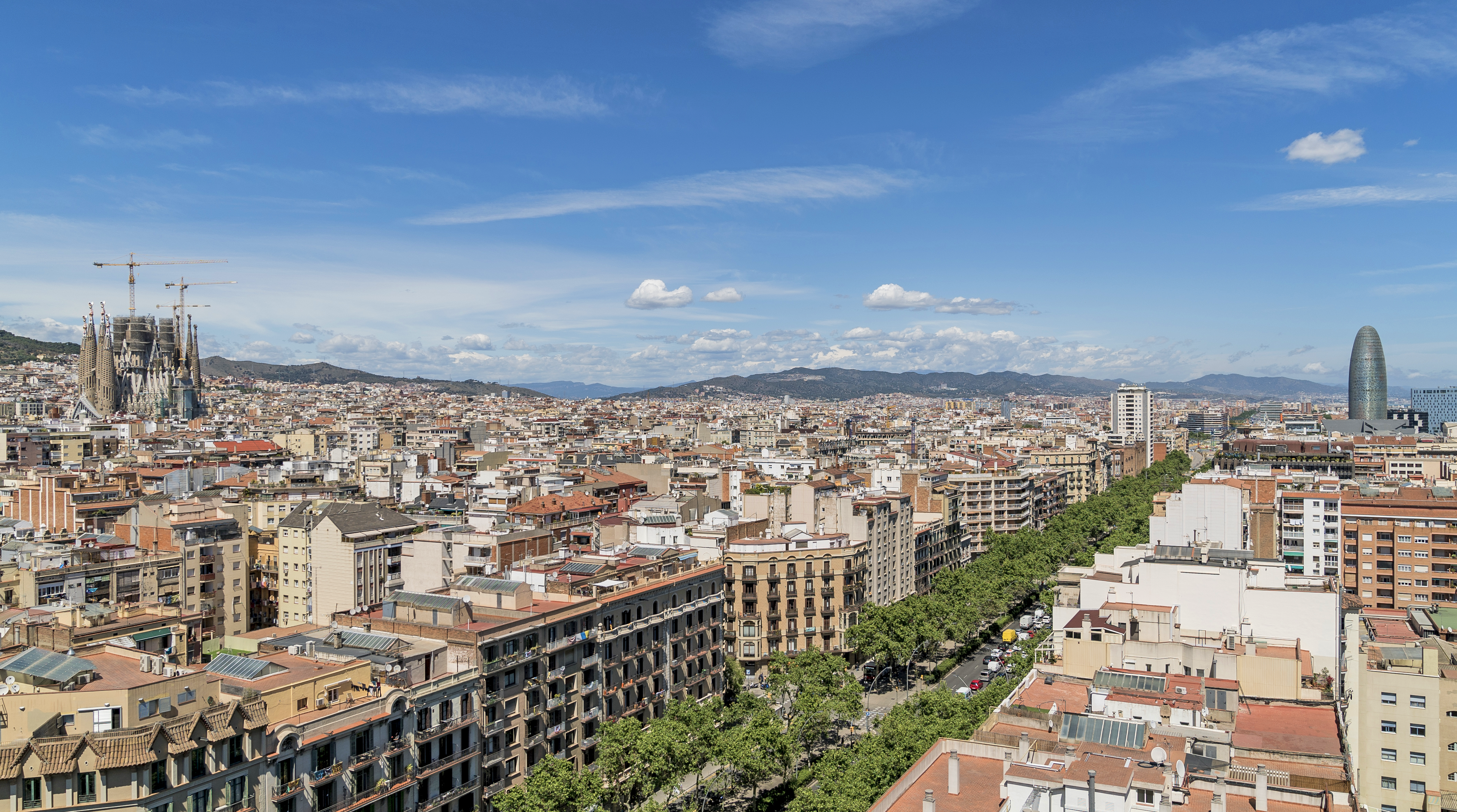 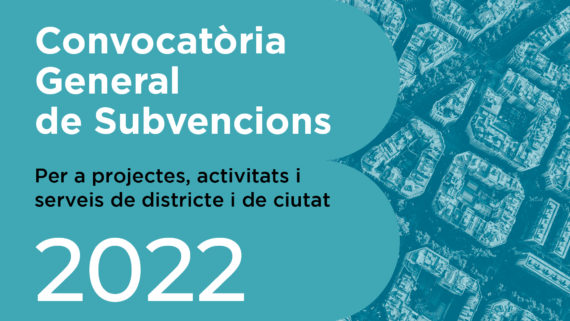 The general subsidy call for 2022 opens

Applications can be made online until 27 January. 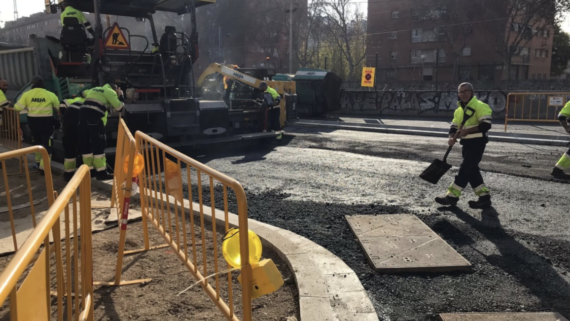 Urban planning. This type of asphalt will be laid in other parts of the city if the results from the pilot project are satisfactory. 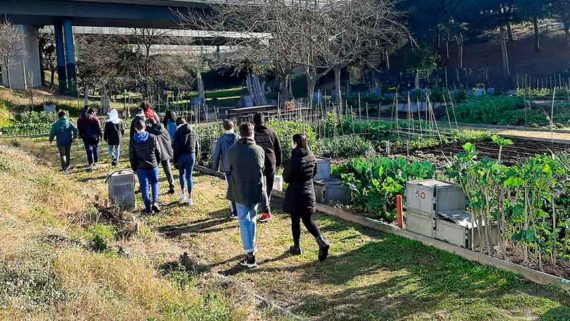 Putting our green fingers to work

Environment and sustainability. A programme to collectively manage city greenery with local people, organisations and companies. 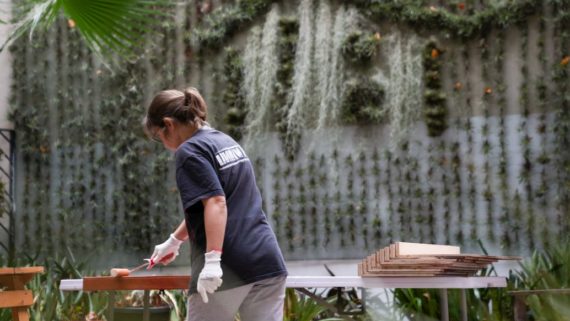 The CO-HAB-Raval project receives 80,000 euros to improve the habitability of five properties in El Raval

Housing. The proposal is aimed at improving the living conditions of local residents in the Raval neighbourhood.

The answer to this question is made up of various arguments that complement one another:

Cities are part of the climate change problem, as the majority of emissions and energy consumption are concentrated in cities around the world, but for that reason they are also a key part of the solution.

In general terms, the majority of cities are already experiencing the impacts associated with climate change, such as effects on health, increasing temperatures, aggravation of the urban heat island effect, more periods of drought, more flooding, more heat waves, rising sea levels, reduction in water resources, etc. Local government measures are crucial to managing climate change issues, both on a local scale, because they increase the quality of life of city residents, and on a global scale, since the world’s urban populations make up over 54% of the planet’s inhabitants. In the European Union, 74% of the population lives in urban areas, consuming 75% of the energy.

Cities and their metropolitan surroundings demonstrate a close link between urbanisation, energy use and greenhouse gas emissions. Urban density and layout are key factors in influencing energy consumption, especially in the transport and construction industries.

An increase in the number of heat waves and reduced availability of water for consumption. There will be more heat waves and they will also be more intense and longer lasting. Night-time temperatures will go up too, particularly in neighbourhoods near the coast. The first challenge to tackle is the heat waves. In the last 34 years, there have been eight such episodes in the city. The most intense of these was in 1982 but the longest occurred in 2003, lasting for 13 days.

On the other hand, by 2050 it is anticipated that there will be a reduction in the availability of water resources and that demand will have increased by 4%. The city will need an additional 18 hm3 of water per year.

From the perspective of climate justice, the most important challenges posed by climate change will be tackling energy poverty, health problems linked to heat waves and increasing food prices. With climate change, and given the demographic and socio-economic dynamics of the city, the population most vulnerable to energy poverty will increase in size.

Although the future forecasts talk about a reduction in energy demand for heating buildings, the demand for energy and water supplies will increase with climate change (ventilation and refrigeration systems, personal hygiene and laundry). Households will have to deal with the higher costs of meeting their demand for electricity and water (not gas). In the coming years, there will be an increase in the number of households with dependent children and single-person households due to the growth in migratory movements and the ageing population.

In short, energy poverty will have to be redefined with climate change: there will be a fall in energy demand for heating but an increased demand for water and electricity for ventilation and climate control in buildings. The population most vulnerable to energy poverty will increase in size, given the demographic and socio-economic dynamics of the city.