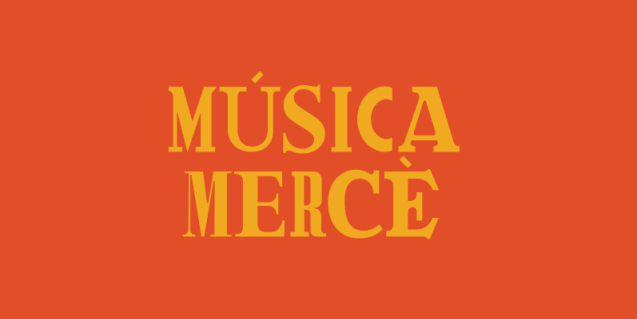 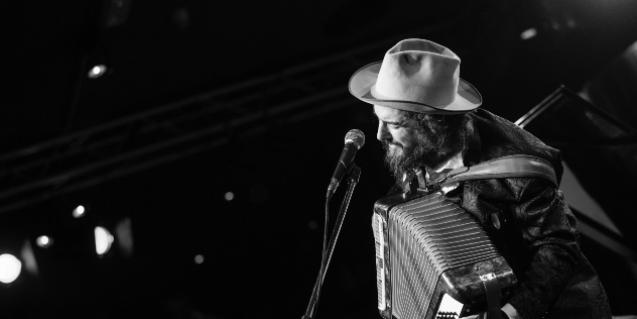 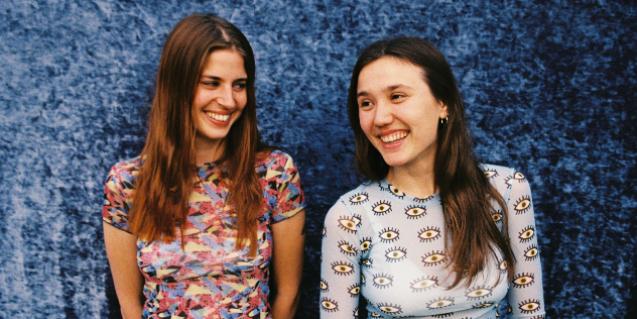 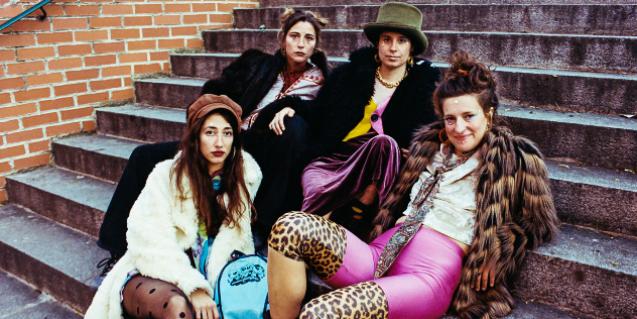 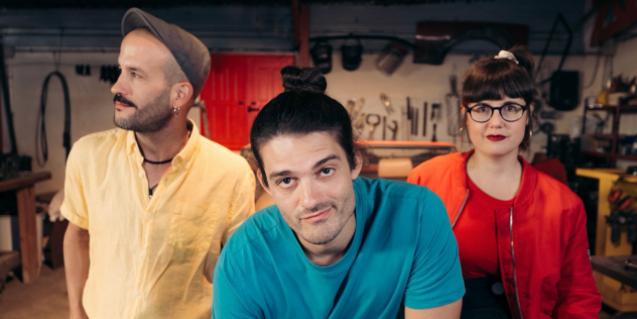 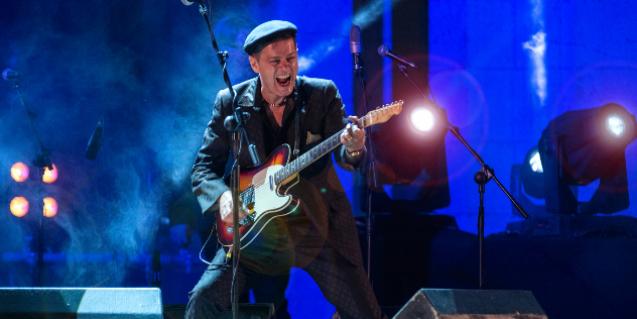 Italian music, sounds from Latin America, new talent, rhythm veterans... This year’s Mercè Music programme is marked by the most diverse styles and origins. Here you’ll find a concert for everyone... or almost!

Like dancing? Want to discover a voice you don’t know? Prefer being seated to enjoy a symphony performed by a great orchestra? At the Mercè Music festival, you’ll find a selection of options for all tastes spread around a variety of stages, ranging from the Teatre Grec, which is joining the festival once again, to Doctor Pla i Armengol Gardens, Bogatell Beach, Ronda de Sant Antoni, Plaça de Sant Jaume, Avinguda de la Catedral or Plaça Major de Nou Barris.

Each festival venue has its own character, although some musical styles extend to different stages. Like the Italian sounds that are a must for a Mercè dedicated to Rome. The stars at this festival who look to Italy’s capital include Mannarino, a well-known artist from Rome who, on Friday 23, will be at Avinguda de la Catedral; a female choir led by Rachele Andrioli who will make themselves heard on Sunday 25, at the Teatre Grec; a Vinicio Capossela (in the first photograph) celebrating 30 years on stage with a show for the first time outside Italy; the luthier and musician Paolo Angeli bringing contemporary folk to the Doctor Pla i Armengol Gardens on Sunday 25. On Ronda de Sant Antoni, you will also have the Neapolitan and Barcelonian Alessio Arena, singing as a guest with his friend Guillen Roma, on Saturday 24 at pre-lunch “vermouth” time. And, if you are fans of the great Mina, on Monday 26, in Plaça Major de Nou Barris, the Orquestra Simfònica Vozes and mezzo-soprano Marta Valero will be running through the diva’s repertoire.

Latin American sounds also feature strongly at Mercè Music, which is inviting some of the big names of Cuban jazz to the Teatre Grec, such as Alain Pérez and his orchestra (Friday 23); the Barcelonians Lucia Fumero and Rita Payés (also Friday 23; in the second picture); and the composer Rafel Plana and the Orquestra Ideal who, on the same day at the same venue, are premièring a Mexican-inspired soundtrack on the artist Frida Kahlo. Also on Friday, but in the Doctor Pla i Armengol Gardens, Ana Rossi will be combining Iberian and Latin American folk in her music. On Saturday 24, the same venue is offering Anna Tréa, an artist who straddles Brazil and Barcelona. The musician performing at the Teatre Grec on 25 September is also from Brazil. We are talking about Guinga, a veteran and one of the best-known names in contemporary Brazilian music, who we will be able to listen to alongside two great local musicians: the singer Carme Canela and the saxophonist Miguel Pintxo Villar.

For this year’s Mercè, the  Doctor Pla i Armengol Gardens will provide a more intimate, close-up stage where we will have the chance to discover some young talent on the verge of making their artistic breakthrough. On Friday 23, for example, we will be able to listen to the experimental folk of Uma, a young Catalan woman whose roots lie between Thailand and Great Britain, as well as progressive folk and rock from Faneka, a girl band between Catalonia and Madrid (in the third picture). On Saturday 24 September, kora expert Momi Maiga will be playing with one of the new talents on the Catalan jazz scene, saxophonist Vernau Mier, from Girona. And at the same venue on Sunday 25 September, in his trio, you will have an Alberto Alcalá who combines flamenco, Iberian popular music and songs from Latin America.

Anyone who fancies enjoying some really young music with Mediterranean echoes should head for Bogatell Beach, where they will find pop, rock, folk and fusion as well as new urban music. On Friday 23 September, Marcel i Júlia will be presenting a selection of happy, boppy songs; Els Catarres (fourth photograph) will be introducing Diamants; and Delafé y las Flores Azules will be starring in comeback to celebrate the 20th anniversary of the releases of one of their most iconic albums, vs Las Trompetas de la Muerte. On Saturday 24, the evening will take on a more urban feel with trap and dancehall from 31 FAM, one of the most popular groups among young Catalans, the dance pop of Alizzz from Castelldefels, and an artist from Sabadell who has built her own hip-hop project under the stage name of Santa Salut, who’ll be presenting the LP Discordia.

If symphonic tunes are more your thing, there is something for you in Plaça Major de Nou Barris on Friday 23, when the Banda Municipal de Barcelona will be performing a programme inspired in the folk festivals and dances that accompany them. Saturday 24 is when the performance of the Symphony Orchestra of the Gran Teatre del Liceu is programmed, and the performance of the Barcelona Symphony and Catalan National Orchestra (OBC) will be on Sunday 25 September.

As we were saying, this Mercè you will discover some new voices but you can also enjoy some old-timers such as the rumbero Peret Reyes, who is performing on Saturday 24 on Avinguda de la Catedral; the Banda de Juan Perro, led by Santiago Auserón (in the final picture. Photo: Chusmi10) and their music between rock, jazz and Black music, on Avinguda de la Catedral on Saturday 24 and, the following day, a performance by the legendary flamenco guitarist (accompanied by the double bass of Javier Colina) Pepe Habichuela.

Other artists have already left us but they are still very much alive in the country’s collective musical memory. Tete Montoliu, for example, the legendary pianist who died a quarter of a century ago. Outstanding musicians who played with him will be paying tribute to him on Sunday 25, at the Teatre Grec.

With a clearly multicultural vocation, this year’s edition of Mercè Music is scheduling music from various countries, ranging from the rock mixed with traditional gnaw music played by Bab L’Bluz (24 September, on the Ronda de Sant Antoni) to the Congolese rumba of Ray Lema on Sunday 25, at the Teatre Grec, with “there-and-back” rhythms such as habaneras in between. And on Monday 26 September, in Plaça de Sant Jaume, it is precisely habaneras that you will here from Ultramar Trio and La Guingueta.

But, pay attention now, we are talking about the city’s main popular festival here, so dance is a vital element. The Mercè won’t let you go home without having wiggled your hips for a while, so the last concert of the night is designed to get you dancing and go home feeling really tired. This year, to get you moving your feet and hips, you have the stage dedicated to dance music on Bogatell Beach (Friday 23, and Saturday 24), of course, but other options include a hybrid of hip-hop and jazz, funk and soul from Big Menú (Friday 23, on the Ronda de Sant Antoni stage), the Cuban sounds of Alain Pérez, mentioned above, at the Teatre Grec, and the progressive folk of Faneka in the Doctor Pla i Armengol Gardens. The festival also includes equally danceable rhythms such as the indie rock of Egon Soda (Teatre Grec; Saturday 24). Back in the Doctor Pla i Armengol Gardens, on Saturday 24, you will have both the Brazilian sounds of Anna Tréa that you can dance to as well as the music of a big name on the Barcelona and Catalan indie scene, Nico Roig. Don’t leave the Doctor Pla i Armengol Gardens without having listened to Xarim Aresté, who will be performing tracks from his new album, Ses entranyes, on Sunday 25. And on the same day, on Ronda de Sant Antoni, you’ll be able to dance while listening to Koko-Jean Davis, who will be singing with The Tonics and showing what her new artistic life is like after leaving The Excitements.

If you don’t want to miss any of this year’s Mercè Music festival concerts, check out all the programme information on La Mercè website.