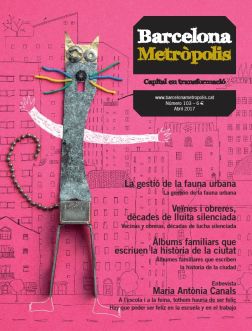 There are many hidden layers of Barcelona. In this issue we speak about urban wildlife, we endeavour to portray the many resident-led movements that have arisen in districts such as the Nou Barris Athenaeum and the historical importance of the women leaders of residents’ and workers’ movements. We talk about the rescue of family photo archives and albums and we discover what Barcelona smells like. 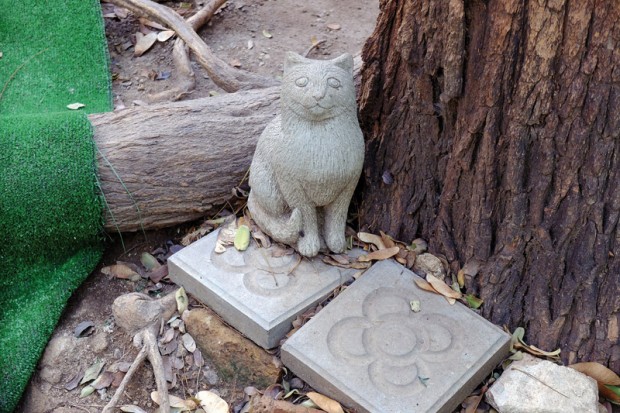 We often bemoan the superficial relationship that tourists have with Barcelona. Visitors establish an essentially epidermal and iconic connection with the city and then leave with only a few poorly assimilated impressions and a gallery of selfies recorded on their mobile phones. Yet the city has a layer that is invisible to these visitors: a thick layer which is the real Barcelona, the same layer that connects us with its day-to-day vibe and innermost pulse. At the same time, there is also a Barcelona that remains invisible to those of us caught up in its daily grind, one to which we will give particular focus in this issue.

We should begin by first speaking about the animals that inhabit the city and are a part of its urban ecosystem. Our coexistence with these beings revolves around a balance that is much more consequential than the benevolent relationships some of us have with pets. Barcelona is inhabited by a rich diversity of both autochthonous and allochthonous fauna. 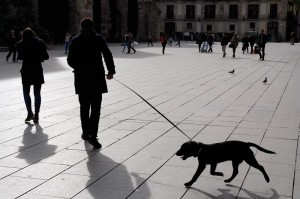 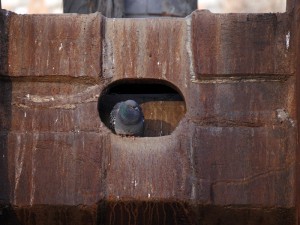 The urban wildlife workshops organised by the group Animal Latitude has enabled us to examine and compare the visions of urban ecology experts and animal rights activists who work to protect animals and promote a healthier relationship with them. The workshops are part of the environmental education project “Animals in the City” which has the support of the City Council and the Diputació of Barcelona. While many of us have seen Dolphins do flips at the zoo, few of us have been lucky enough to catch glimpse of cetaceans off the city’s coast. We have heard of wild boars venturing into urban areas, but few of us are aware that such incidents represent the tip of the iceberg of existing human-wildlife imbalances. This is but one case among the many imbalances that occur when autochthonous animals are allowed to roam overfed and uncontrolled in an urban environment, or when exotic or invasive species collide with existing ecosystems.

Nor are we all that familiar with the invisible work carried out by volunteer activists and urban ecology professionals who strive to preserve urban greenery and biodiversity along with our natural heritage, while ensuring that urban fauna is managed ethically.

In this issue we have also endeavoured to portray the many resident-led movements that have arisen in districts that were long neglected by the city council and which have expanded Barcelona’s vocation for democracy. We will look back to 1977, when a residents’ group got the asphalt plant in Nou Barris shut down and opened Ateneo Popular 9barris, which for the past 40 years has operated as a community-managed cultural centre. In a comprehensive report, we also call attention to the historical importance of the women leaders of residents’ and workers’ movements, such as Maruja Ruiz, Llum Ventura and Paqui Jiménez, who demonstrated unwavering commitment to democracy and incorruptible opposition to Francoism. 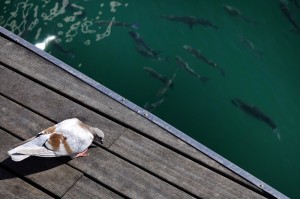 Also in this issue, we vindicate the role of important women of both yesterday and today, as exemplified by Clotilde Cerdà, daughter of Ildefons Cerdà, a Republican and anti-slavery Freemason who founded the Academia de Artes y Oficios de la Mujer (Women’s Academy of Arts and Occupations) and paid very dearly for her struggle for the intellectual emancipation of women. Amongst today’s most important women is the veteran teacher Maria Antònia Canals, whom we interview in this issue. This historical educator and member of the organisation Rosa Sensat has always been an advocate of “mathematics that are useful for life”. Her exemplary character and precise pedagogical instincts have opened pathways for many generations of teachers in our country.

We have managed to rescue one of the many hidden layers of Barcelona from family photo archives and albums – artefacts which in many cases made their way to flea markets inside shoe boxes and biscuit tins. And it is thanks to such invisible networks woven by antique dealers and collectors, by public and private archives, and particularly by individual families, that we have been able to obtain exceptional evidence about the way everyday life was lived throughout most of the 20th century.

And there is yet another invisible Barcelona, the most sensory and evanescent of them all: the one that we smell. We will let you in on recent studies carried out to create a map of the city’s smells. How might they influence urban planning? What does Barcelona smell like? Enter, read and smell.