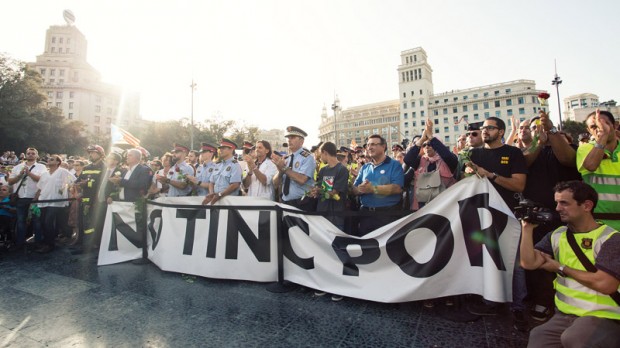 The terrorist attack on 17 August left an indelible mark on the city. The expressions of international solidarity that immediately began to reach us from all over the world confirmed that we were experiencing events with a global impact. The thirty-five different nationalities of the victims of La Rambla are an indication that the pain was spread throughout the world.

Last July we celebrated the 25th anniversary of the Olympic Games, a joyful event that also marked a turning point in the city’s history. Whereas the Games put us on the mental world map of so many people around the world and placed Barcelona among the most charismatic cities in Europe, a terrorist attack is a reaction against the values and freedom of that Olympic spirit, against a city that has never wanted to turn its back on the world or be submissive. A few weeks after the nostalgia (and self-criticism) of celebrating the Games, we became the object of terrorist violence alongside other European capitals such as Berlin, Madrid, Paris, London and Stockholm. This sea change will force us to face new challenges and problems.

The city demonstrated from the start that it was prepared to cope with an attack of this magnitude. The effectiveness of the security forces and the health care services saved lives, placing citizens at ease and allowing them to respond to the attack without hatred or fear. More important than the basic reactions that emerge in times of strife, this attack has brought to the surface Barcelona’s long legacy of pacifism and its spirit of resilience in the face of adversity.

We have talked at length about Barcelona’s resilience and pacifist tradition in recent issues of this magazine. Urban resilience does not consist solely of good protocols for dealing with natural disasters or guaranteeing the provision of services in the event of sabotage. It also demonstrates the efficiency and dedication of the professionals who guarantee the security of their fellow citizens in cases of extreme need. That is why the Barcelona City Council decided to award the Gold Medal for Civic Merit to the Guardia Urbana, the Centre for Social Emergencies, the Risk Prevention, Fire Extinction and Rescue Service, the Police of the Generalitat (Mossos d’Esquadra) and the Medical Emergencies System for their extraordinary performance on 17 August.

The resilience of Barcelona has also been evident in the solidarity of shopkeepers, neighbours and the general public in the period immediately after the tragedy. We must celebrate their response, in which they left aside any divisions and maintained their shared values with aplomb and assertiveness.

Making partisan use of a tragedy such as this, through an abusive interpretations of facts that are solely the responsibility of the terrorists, shows a lack of respect for the victims. Any perverse attempt to take political advantage of such an infamous act is equivalent to giving victory to the terrorists, who only seek to divide society and to open wounds wherever there is a climate of peaceful and democratic coexistence.

We are not afraid, but we cannot ignore the wound that the attack on 17 August left in the city, and very noticeably in La Rambla, a boulevard that, now more than ever, must be recovered for the citizens who felt expelled from it. The reform of La Rambla has taken on a new meaning after the attack. It is no longer just a matter of developing an emblematic part of Barcelona that had been taken over by tourists. This urban fabric, which had fallen into the hands of speculation, now needs to be regenerated. We must return a public space to the local citizens who claim the right to live in their city.