The winners of the 2021 Dau Awards were:

The winner of the special Dau Barcelona Award for a life dedicated to games was Bruce Whitehill (The Big Game Hunter).

Although board games were not his hobby of choice as a child, he remembers playing Scrabble, Go Fish and Jotto, among others. It wasn't until he turned 30 that he started collecting games, and this year he has been recognised as the world's leading authority on US board games as a result of his work as a historian. He has written extensively about games, companies, products and, above all, the people who have shaped this industry.

The value of his work as a researcher and disseminator of games as a cultural phenomenon is indisputable. As written by the man himself on www.owlworksllc.com: “Whatever you are looking for, games should make you feel good – whether you’re interested in the play, the competition, the graphics, the pieces, the playing mechanisms, the theme, or what have you. They can also bring back nice memories... ...maybe the most important thing is that they connect us “not only to another time and place, but to each other too".

The winner of the 2021 Dau Barcelona Award for the best author was the German creator Johannes Sich for his second game, MicroMacro.

Johannes has been working as an illustrator since his days as a communication design student in Düsseldorf. He created the visual design of his first game, La Cosa Nostra, as a project on his course. He then developed the game over several years, leading him to find his own game publishing house, Hard Boiled Games, which helped him make a lot of contacts in the board game world. He also worked as an illustrator for other publishers.

In this context, he got together with two fellow students and friends to create MicroMacro. The development and testing of the game required a lot of work, which was further compounded by the Covid-19 pandemic. However, the team overcame these obstacles and successfully put the finishing touches to a game that went on to become a great success. And that's not all: Johannes designed the game as a series and is working on new editions that are certain to provide many more hours of fun!

The winners of the 2021 Dau Barcelona Award for the best new author were Michal “Elwen” Stach and Michaela “Min” Stachova, for their first gameLost Ruins of Arnak.

In this game, players go on an adventure in which they have to find various items. The game masterfully combines several playing techniques, such as deckbuilding, resource management, placement of workers... and all the variants must be used together to explore the island. This game has won them various accolades worldwide, and its expansion packs ensure more variability and countless fun-filled games.

The Elwen and Min duo continue to test and develop new games for Czech Games Edition. We can't wait to see what their next release will bring! 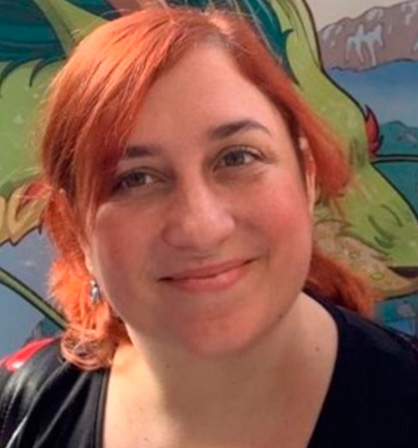 My name is María Pérez. Yes, I know: a very typical Spanish name. During the day I'm a financier in an audiovisual company, and the rest of my time is spent reading, writing and playing. I'm the author of the board game Mythgate, the lore of the card game Guerra de Mitos, and a shadow collaborator of the publishing house GDM Games. In addition, I've written fantasy and sci-fi stories (which have been published in digital magazines including Fast Fiction Penny and Círculo Lovecraft, among others), as well as a couple of novels, which I promise to finish one day and work up the courage to send them to a publisher.

I can't remember when it was that I became a fan of board games, but I remember taking part in live action role-playing games before I knew what they were called. I used to make Knights of the Zodiac cards, setting out their powers and instructions, for my classmates. However, this was hard in a class of 46 girls. There were only 6 knights for 40 Athenas in distress. Believe me: it was hard! :P

I spent every summer trying to get them to play HeroQuest, Go for Broke or Cluedo with me, which involved doing embarrassing things such as dancing the La Onda Vaselina routines to get my friends to play with me afterwards (although I must admit it wasn't all bad: at least I got to dress up ^^). Now, my own city, Granada, hosts one of the biggest gaming festivals: FicZone. I've always said I was born too early.

I love this world because it's yet another way of experiencing stories. Of taking them in. Series, films, books, manga comics, games. What are they if not stories that you can experience? You can be that character that survives, or that civilisation that evolves all the way to the future, or the person who solves the mystery. I love mystery-themed ones! In addition, it's something you can do alone, although it's much better with other people. In a world in which we are all increasingly isolated and glued to our screens, taking a step back and spending a few hours playing a board game with friends is as good for you as doing yoga. The one bad thing about playing is that it takes time away from reading ;)

For me, the DAU festival is a place close to my heart where I can show many people how amazing this world is and the huge variety of games that are out there. It's an approachable and family-friendly showcase. All you need to do to discover it is sit down at a table. Trivial Pursuit and Monopoly are from the Pleistocene. Modern board games are from another galaxy (although not a faraway one), and I'm sure there's a type of game that's right for you. And our local authors are GREAT. You don't have to look further afield. If there's anything I would change about DAU it's that it should last longer... and have stalls! Stalls for people to walk up to and have a look around. Like during Sant Jordi, with streets lined with board games. One day... definitely :) 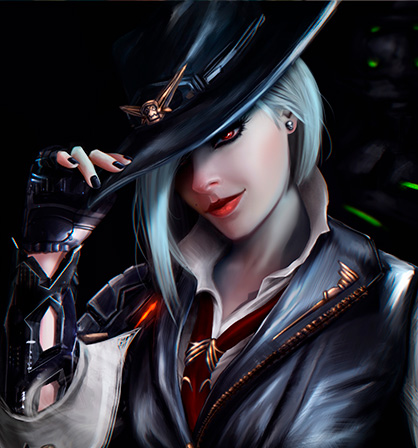 My name is Natàlia Romero. I'm 36 years old, and I define myself as a 2D and conceptual artist. Until recently (for three and a half years), I worked for a streaming platform, a job I combined with working in the publishing industry. I'm now about to join a video game studio, and I'm really looking forward to trying my luck in this industry: it's a whole new challenge for me!

Having been a fan of the classics since I was a little girl, about ten years ago a very good friend of mine showed me that there's a lot more to board games than I realised, and he was definitely right. Now I too try to make other people see that there's a whole world beyond Monopoly, ha ha! I already showed potential when I was a kid, and I loved everything to do with arts and crafts. It's a very immersive job/hobby for me, because I can put a lot of myself into it. I can feel it, and it can even be quite a moving experience. I think the "creation" process is generally a very personal journey, which is what makes it feel so special.

I've always derived a lot of satisfaction from my work. I see it as a never-ending and constantly improving path. I like challenges and new experiences, as well as exploring, analysing and getting new content out of things. Not to mention that feeling you get from knowing that people are interacting with your work, your art.

Like all journeys, there are also difficulties and frustrating moments along the way that make everything seem negative but, as I always like to say, frustration is always there: you just have to be aware that it's part of the process. As I've already mentioned, this work can be quite emotional, with both good and bad emotions.

As to DAU, I think it's a great festival that provides an opportunity not just to showcase what's new in the industry but also to bring publishers of all sizes together. In my case, one year I had the chance to take part in the round of short interviews between illustrators and publishers. I think this was a very good experience for our industry. Although it's true that our work seems to be valued more and more, I think we could still do more. There are many people these days who don't fully realise all the effort behind each project. But I'm an optimist, and I know that we'll eventually carve a place for ourselves. ;) 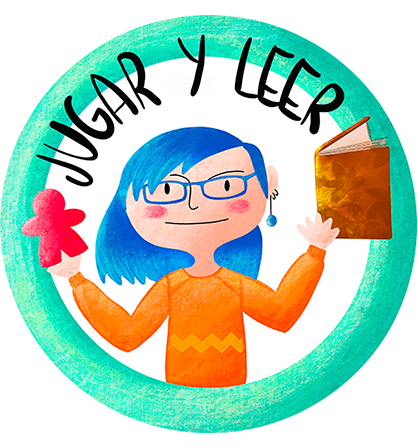 My name is Aïda Márquez Bonet. I'm 37 years old and, as well as being a mother for the last nine years, I've been a pre-school and primary school teacher for over 14 years.

At first, board games only appeared in my life when relaxing with friends. I still remember how we started playing Los hombres lobo de Castronegro when we met up and the speed at which both our passion and our personal game library grew.

However, when I became a mum nine years ago, I realised I wanted to play with my son, Jan. You could say that it was thanks to him that we got into the amazing world of family board games, that can be played and enjoyed by both adults and children.

As you can imagine, our game library grew at lightning speed, as did my wish to play with the pre-school kids at school. Because, if I was having so much fun at home with my son while he was learning so much, why not do the same at school?

No sooner said than done. It was a resounding success. In addition to having a great time playing, my students acquired all the knowledge required in our pre-school curriculum. And now I can say that I've been using play-based learning in the classroom for the last five years.

However, I couldn't allow this discovery and personal growth to stop at that; I felt the need to explain, publicise and share this board game-based learning with my fellow teachers. So I started the Instagram account @jugar_y_leer, which contains a collection of my experiences as both mother and teacher, explaining which board games work well and can be enjoyed both at home and at school.

I can now say that this world has given me a lot of knowledge not just on a personal level but also, and mainly, at work. I've had the pleasure of meeting amazing people from the game world, some of whom, such as the members of El Club Dante and Juegos de Willy el Tuerto, have given me the chance to gain a better vision of my task. I'm also glad to see an increasing number of women joining us in this world. I therefore hope that many more women will decide to join the gaming world and that we will start seeing more women's names as board game authors, illustrators, publishers and even leaders of festivals such as DAU.

Finally, I can honestly say that I consider DAU to be the way into this magical world of board games, whether you're a novice who's just started playing, an expert player, a parent who knows quite a bit about games but wants to find out more about what's available on the market, a school teacher who's already playing but wants to learn more, a content creator wanting to publicise their project, or even a child coming to have some fun with their family and learn all sorts of things. So don't hesitate: come to play, have fun and learn from this very magical opportunity.