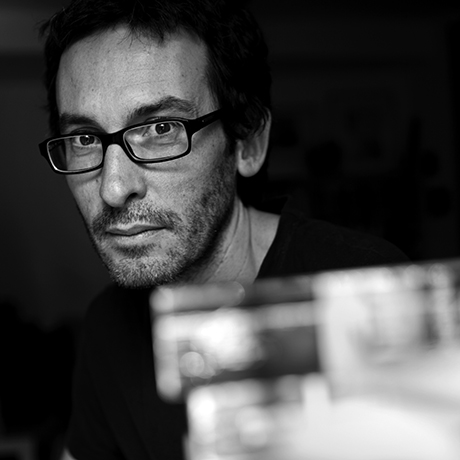 César Rendueles is a philosopher, sociologist and essayist, and a professor at the Department of Sociological Theory of the Complutense University of Madrid.

Not all types of traditional community governance are useful to advanced democracies. Not at all. They’ve often promoted superstition, patriarchy and collective oppression. In fact, the strengthening of the community has sometimes had terrible results. For example, in the interwar period Naziism grew much more rapidly in German cities with strong associative networks.

Many years ago, a friend told me about a construction project in a port, where a foreman ordered a group of workers to unload a truck full of bags of cement. The workers looked at the bags wearily, and finally told the foreman that it couldn’t be done, that they were too heavy. The foreman got angry: “what you mean, it can’t be done?” He took off his jacket, rolled up his sleeves, and sweating and grunting, he threw a bag over his shoulder and took it off the truck.

I think that there’s a deep political lesson in this story. We want political and social transformations just to happen, without us having to make an effort. That’s why we use so many organic or directly botanical metaphors: bottom-up movements, grassroots… We want to achieve change without having to become athletes of activism, and without having to develop the bureaucratic tools to impose it.

I think that’s why the idea of community is so tempting in our postmodern, speculation-riddled cities: it hints at a mutual understanding shared (at least to a certain degree) by all the members of a social group. It isn’t just consensus, a pact between especially divergent ways of thinking as a result of hard-fought negotiations and compromises. That’s probably why the concept of community has almost exclusively positive connotations, except in the case of an owners’ community. There are hundreds of punk songs that scorn “society” and blame it for all sorts of ills, but I don’t know of any that criticize community. Adjectives like “communitarian” or “community” give almost anything a conciliatory tone. That’s why, a few years ago, a Galician bank with a turbulent past of corruption and property speculation launched an ad campaign with the slogan “Sentir Común” (a common feeling).

Nevertheless, it’s hard to define what a community is, and we almost always do so by opposition: community is what existed before commodification, before the shift towards individualism… When we first began to speak systematically of community in philosophy and the social sciences, we did so problematically: either to denounce or celebrate its destruction. That’s what led the classical sociologists of the 19th century to realize something we should never forget: the mortar that ties together many traditional communities is cultural and social homogeneity. Therefore, the first thing we should ask ourselves is to what degree this sort of common understanding is compatible with societies like our own: urban, heterogeneous, in which many different life projects coexist, and in which we see high standards of individual freedom as an inalienable achievement.

Not all types of traditional community governance are useful to advanced democracies. Not at all. They’ve often promoted superstition, patriarchy and collective oppression. In fact, the strengthening of the community has sometimes had terrible results. For example, in the interwar period Naziism grew much more rapidly in German cities with strong associative networks. This is because people that participated in mountaineering clubs, debates, choirs or any other sort of association were more likely to run into a member of the Nazi party.

Recently, different social movements have popularized the idea of the 99% versus the 1%, as though an extremely broad social majority shared objective interests, and political change could be a consensual process without conflicts. That isn’t entirely true. Any political transformation involves rupture, costs and conflicts, collective risks that are hard to face when we aren’t sure that we’ll support one another if things don’t come out as expected.

In spite of all these precautions, I think that there’s a deep and intelligent intuition in our current concern for community. Emancipatory political transformation doesn’t just require certain legal and political conditions (such as well-established democratic institutions or certain material conditions), but also dense social relationships. It’s hard to imagine profound emancipatory processes in liquid, individualist societies. Recently, different social movements have popularized the idea of the 99% versus the 1%, as though an extremely broad social majority shared objective interests, and political change could be a consensual process without conflicts. That isn’t entirely true. Any political transformation involves rupture, costs and conflicts, collective risks that are hard to face when we aren’t sure that we’ll support one another if things don’t come out as expected.

Therefore, we might want to look at things differently. What is it that we look for in traditional communities that we’re missing in postmodern forms of social interaction? It’s probably something we could call a “commitment”. Not so much a political commitment, like the sort of social connections that are neither a choice nor an imposition. The type of obligations that aren’t necessarily the fruit of submission and that can even be a potential source of personal realization. These can be found in many different spaces: in sports, in raising our children, in the arts, in caring for the elderly or even at work. Not just in creative jobs, but even in some that are extremely alienating and exploitative. In her beautiful and terrible book, Nickel and Dimed, Barbara Ehrenreich expresses her surprise at finding American waitresses earning the minimum wage and living below the poverty line who are deeply invested in their work and concerned with providing people with good meals.

The poor baggage of liberal individualism

The problem with liberal individualism isn’t that doesn’t allow us to create traditional, homogenous communities –often, this seems more like an advantage– rather, it accustoms us to defining ourselves by our preferences rather than by our commitments: our musical tastes, our lifestyles, our political opinions… We see ourselves as the sum of a series of choices whose only common factor is that they were chosen by us. This is poor baggage for facing the risks and conflicts of an egalitarian and democratizing political project. 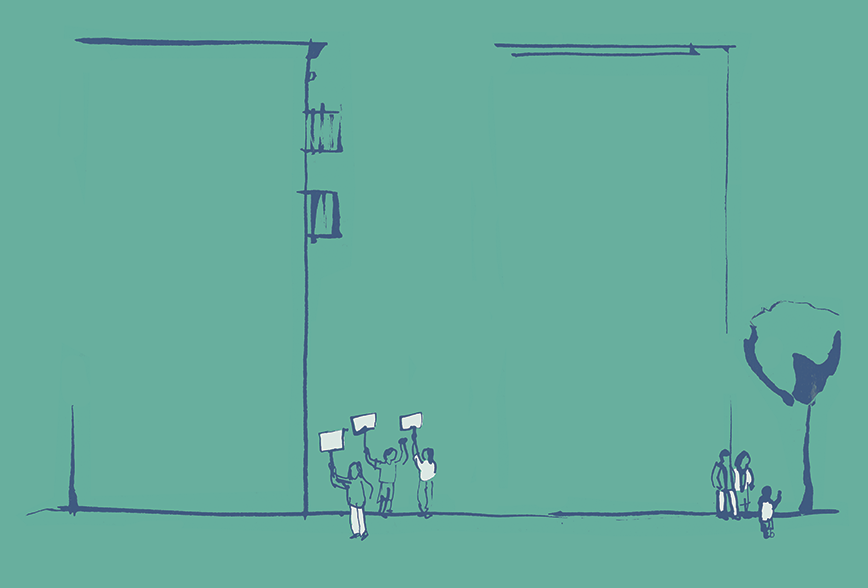 The problem with liberal individualism isn’t that doesn’t allow us to create traditional, homogenous communities. Rather, it accustoms us to defining ourselves by our preferences rather than by our commitments. It’s worth noting that the logic of commitment has both a personal side and a public side. Commitments are organized socially into institutions. Institutions are powerful generators and articulators of commitments; they facilitate and reinforce this type of social relationship.

It’s worth noting that the logic of commitment has both a personal side and a public side. Commitments are organized socially into institutions. Institutions are ways of doing things that arise or evolve gradually. They’re sets of shared rules created to govern different areas of social life: family, the market, the state, university education… Institutions are powerful generators and articulators of commitments; they facilitate and reinforce this type of social relationship. Of course, this doesn’t always have positive effects. There are terrible institutions that should be done away with, like slavery. But, in general, institutions provide us with limits within which we can carry out collective action.

Hugh Heclo explained this using the analogy of an old engineering problem facing automobile manufacturers: you can design a motor that makes a car much faster, but it’s useless without the appropriate braking system; the combination of both elements is what makes freedom of movement possible. Institutions are regulatory structures that establish a prudential game of limitations and abilities.

As a result, I believe that the most characteristic trait of contemporary capitalism (at least in the West) isn’t its opposition to the community, it’s its rejection of institutionalism. Supporters of commodification don’t always support competitive and individualizing projects, like austerity policies or managerialism. They’ve also managed to co-opt concepts that once had potential for critical transformation, like empowerment, participation or community action. They’ve taken them over specifically by removing their institutional structure, turning them into abstract cooperative energy that can be taken advantage of using extractive devices.

The most well-known example is probably technologically managed collaborative platforms like Airbnb or Uber. As noted by Rubén Martínez, this sort of platforms are extractive devices capable of absorbing the value of the cooperation we take part in in our daily interactions or when we look for answers to basic needs: “it isn’t about extracting revenue from the wealth produced in a factory, it’s about extracting revenue from the wealth we produce on a daily basis, taking advantage of the collaborative relationships to be found in cities or networks.”

A good way of understanding the reach of these extractive dynamics is to conduct a mental experiment and think about what this business model might be like if it took place in an institutionalized setting. It isn’t hard to imagine an Airbnb organized as a public cooperative, strictly regulated to avoid both the concentration and financialization of tourist rentals and their most negative effects on urban areas. Most likely, the first effect of such a change would be the expulsion of all real estate investors, as rentals would end up in the hands of individual cooperative members subjected to public scrutiny and whatever rules we saw as collectively necessary.

Extreme commodification is compatible with solidarity and nonmonetary cooperation, even in its least individualist aspects, as long as it’s dynamic, changeable, unconventional, open to innovation and creative destruction. That’s why new urban intervention policies make so many references to community and social innovation, because they mesh well with commercial creative destruction. This sort of innovative community is unavoidably ephemeral, because as soon as it’s institutionalized, friction builds up and provides resistance. Social institutions are, to a certain degree, conservative: they aren’t completely closed to renewal, but they have inertia and generate resistance to change. This is extremely positive. An implacably rigid family is terrible and will strangle you. However, a constantly changing, fluid family isn’t much better. The fundamental aspects of how a market economy works involve a constant attack on established institutional relationships. Institutions are a burden to this process, while communities —understood as pure, rootless, disembodied social energy— can be straightjacketed by the ideal of dynamism, creativity and innovation. 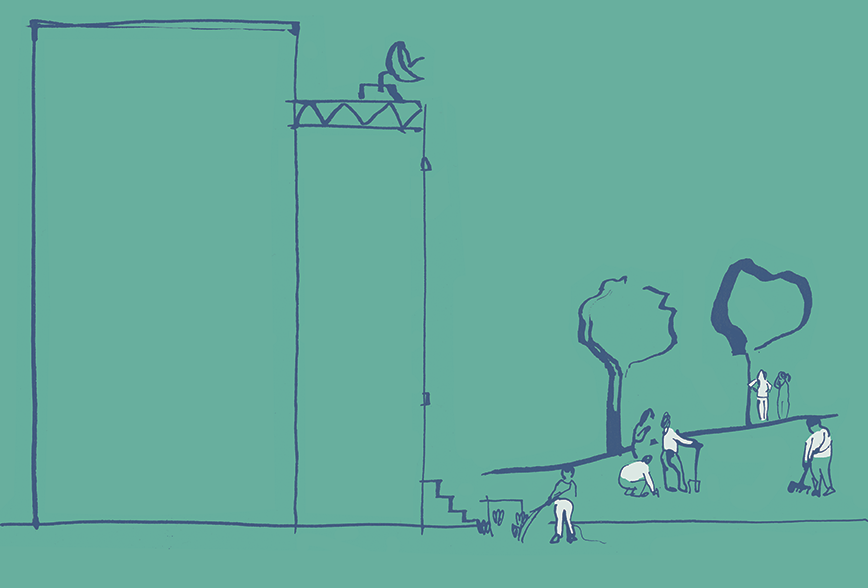 When we think about what type of community intervention is possible in our cities ravaged by three decades of commodification, we often look in all the wrong places. We look for cooperative, spontaneous, intense, youthful and politically active movements, a kind of fun kibbutz. It seems to me that, instead, we should think about how to promote institutionalized commitment. In other words, commitment encased in our environment of rules and life practices. Truly effective community cooperation is often boring, stable and slow-changing. It involves families collaborating at their children’s schools, people that come together to prevent the eviction of a neighbour, mountaineering clubs, squatted social centres with little glamour and public libraries bringing together students, retirees, children and opponents.

César Rendueles is a philosopher, sociologist and essayist, and a professor at the Department of Sociological Theory of the Complutense University of Madrid.